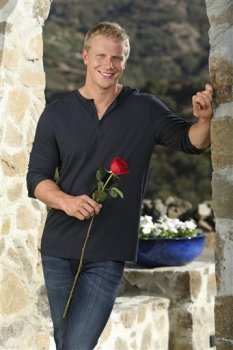 Quick, what do The Bachelor and College Football have in common? Besides being two of the most dramatic events on television each week there wasn't much else in common, until now that is. ABC announced that Sean Lowe, a former linebacker from Kansas State, will become the new "Bachelor."

Lowe was a linebacker for the Wildcats from 2003-2005. Since we're a college football site and all we were curious about his football roots. Turns out that he appeared in a whole 4 games in his career, all in 2003.

His appearance as "The Bachelor" is his 2nd appearance on an ABC reality show as he was on the last season of ABC's spin off of that show, The Bachelorette. He made it almost all the way, before being sent home just before the final episode.

The only other thing I want to know is how The K-State Mask feels about this issue. Seriously, you'll disappoint me completely if you don't produce a video about this awesome bit of news!

Since we all love us some drama and people making fools of themselves and because it'll be the offseason by the time the show airs expect us to give you a running diary for this season of The Bachelor, so make sure you're tuning in with us, commenting away and enjoying a good laugh now and then.