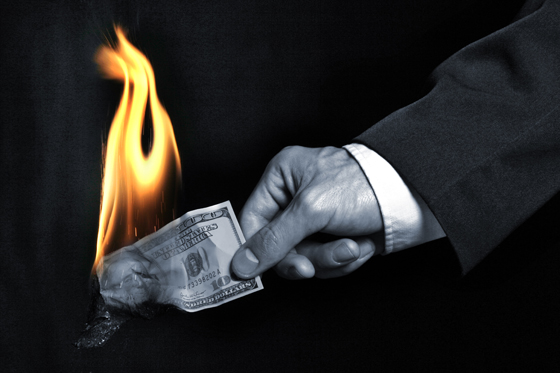 Usually, I have a lot of fun writing this column, despite all the grousing about how I badly I sucked at it. (The "it" being both writing and picking games against the spread.) Not this week, though, as my research just reinforced what an awful slate of games we'll be trying to stomach on Saturday.

What better way to liven up a dreadful Saturday than having a little action on the side. Roll with these picks, and you're sure to run the gamet of emotions over the weekend. If you really like your money, though, your final emotion probably won't be too good.

Ah, yes, another installment of the “Battle for the Whatever.” I’m sure the Iowa City air is already filled with electricity.

So far this season, little about the Hawkeyes would qualify as electric. There’s nothing like a little revenge to heat up a team’s chili, though. Iowa has payback on its mind after collapsing versus the Golden Gophers in the fourth quarter a year ago.

At 4-0, Minnesota is feeling fat and sassy, making the situation ripe for a big Iowa win.

Trace Adkins’ alma mater must feel pretty good after kicking the Illini’s honky tonk badonkadonk last week, but I honestly think the wrong team is favored in this game. Mike London has upgraded the talent on the UVa roster. As proficient as the Bulldogs are on offense, the Cavaliers should possess the clear skill advantage in this match-up.

Given the potential fatigue factor for Tech, this sets up well for the home team.

Let’s stay in ACC country with another team going on the road for the second consecutive week.

Clemson headed down to Tallahassee on Saturday night in the de facto conference title game and left with a disappointing blowout loss to Florida State in hand. Now the Tigers come to Chestnut Hill for a game against the well-rested Eagles.

Pick: Clemson by not enough.

This game presents a study in contrasts in terms of how the two teams have run up their spotless records. As has become Tech tradition, the Red Raiders have put a whooping on Northwestern State, New Mexico and Texas State to start the season.

Iowa State, meanwhile, has wins over a solid Tulsa team and a Big Ten opponent in Iowa. As such, the Cyclones are a bit more of a known commodity, so I tend to trust the strong statistical profile of ISU more.

Since Paul Rhoads hit town, Ames has become a scary place to play. On top of that, the ‘Clones have the best D that Tech will have faced. Sounds more and more like an ISU upset…

Pick: I’m so proud to be picking the Cyclones.

I’ll stick with what I know best here, the Big 12. Man, it’s still weird for me to say that about West Virginia.

Obviously, I’m not as familiar with the Mountaineers as I am longtime conference doormat Baylor. Yet, you don’t have to watch a ton of WVU football to realize just how potent this offense is – Dana-Holgorsen-at-Bent-Willey’s-after-six-vodka-Red-Bulls potent.

I’ve done some scouting around, too, and found that WVU fans are really pumped up about joining the Big 12. With this being the team’s first ever game in its new conference, I picture a raucous atmosphere and a team looking to put a hurting on a Big 12 foe. So raucous that the school has to warn students not to set coaches aflame.

The Bears are – you guessed it – on the tail end of back-to-back roadies, and a noon kickoff doesn’t build any confidence that Baylor will be at its best.