Once the very definition of futility in college football, in the last two decades, nerdy Northwestern has shaken off the vestiges of its pathetic history. Except for one: The Wildcats haven't won a bowl game since Harry Truman was holding down the White House. This year in the Gator Bowl, the Bulldogs are looking to hand NU its ninth consecutive posteason loss. 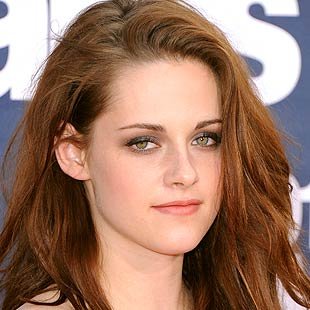 The star of the "Twilight" series is apparently one of the hottest actresses going today, but no one seems to know why. Her lifeless acting has a similar effect on viewers as those who sit through an MSU game. Her taste in roles apparently tends to the literary (see: "On the Road"), too, which should be a hit with the geeks at NU.

A word about our sponsor…: TaxSlayer produces a suite of online tax preparation software. Very appropriate, as this game might be about as much fun as doing your taxes.

Aces: The Bulldogs excel in one particular phase of the game: Ball control. MSU milks the clock and tries to let opponents beat themselves. The Bulldogs rank 5th nationally in turnover margin at +1.42 per game. They only turned the ball over 14 times this year and managed to take it away 31 times.

Deuces: MSU is, at best, average in both phases on offense. The Bulldogs rank 45th in Offensive S&P+: 55th in Rushing S&P+ and 43rd in Passing S&P+.

Wildcard: Nothing. There is absolutely nothing "wild" about Mississippi State. Zero.

Aces: The Wildcats boast a pair of dynamic offensive playmakers in junior running back Venric Mark utility man Kain Colter. Mark averaged 6.15 yards per carry, 7th in the country among players with at least 200 attempts. Colter does it all: throwing for nearly 800 yards and 8 touchdowns as a part-time quarterback, running for more than 800 yards and 12 TDs and even catching 16 balls on the season.

Deuces: NU has a rep as a high-octane spread team, but its passing game lacks pop. The Wildcats generate a mere 6 yards per attempts, putting them among the bottom 10 teams in the country. It's a not a stretch-the-field offense by any smeans.

Wildcard: Kicker Jeff Budzien. The junior nailed 17 of 18 field goals and all 46 of his extra points this season. In a game where points could be at a premium, having a steady kicker could be a huge plus.

So you don’t forget…: MSU's non-conference schedule consisted of Jackson State, South Alabama, Troy and Middle Tennessee State. The Bulldogs went 1-4 against teams that finished the season .500 or better, with an average margin of defeat of a little more than 23 points.

Crystal Ball: I don't have a list of candidates handy, but MSU looks like it might be the most fraudulent eight-win team from an AQ conference in history. The Bulldogs chowed down on a batch of cupcakes to run up a 7-0 record before they got their heads handed to them in SEC play. Northwestern is not on par with the best of the SEC by any measure, though, and the Wildcats could struggle with MSU's physicality. Even so, I'm putting my faith in the 'Cats against my better judgment. With that chauncey resume, backing the Bulldogs just feels like rooting for the bad guy.