Through the years, the Masters golf tournament has taken on the cheesy moniker of “A Tradition Unlike Any Other,” except when you really think about it, it’s college football that has the most unique tradition in sports. Every year, a group of bubbly, excitable teams from the snowy Midwest wake up on New Year’s Day, ready to take the field and represent the honorable and distinguished Big Ten in bowl games across the country… and then proceed to get stomped into the field turf by their opponents, most of them from the SEC.

It happens every year, and has become a bit of a New Year’s Day tradition, much like waking up with a killer hangover, next to someone you don’t recognize, on the floor of your friend’s apartment. Good times! Well, unless you’re a Big Ten fan anyway.

But at this year’s Outback Bowl, Michigan is looking to change that. The Wolverines enter their matchup with South Carolina with a revamped offense and improved defense and were playing their best ball toward the end of the 2012 regular season.

Will it be enough for the Wolverines to pull the upset against one of college football’s best teams, and best defenses in specific?

Prior to popping out her first born child with husband Hank Baskett Jr., Kendra was known as the quintessential girl next door, on the TV show… “The Girls Next Door.” And while Hugh Hefner’s other “girlfriends” Holly Madison and Bridget Marquardt (what the hell happened to her, by the way?) were more striking at first glance, the more you watched the show, the more you realized that Kendra was actually the 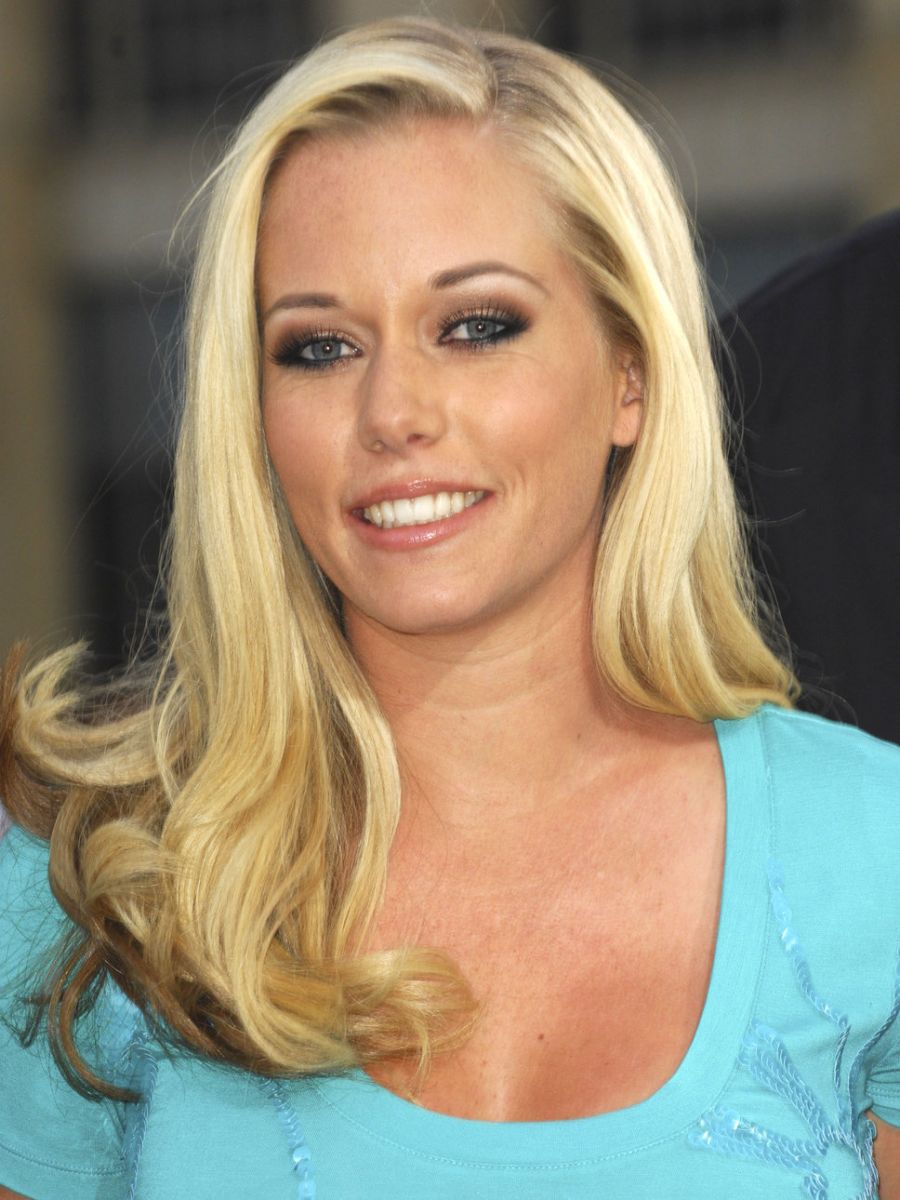 best catch of the three.

And in a lot of ways, that’s like this Outback Bowl Game.

At first glance, all you see is a matchup between the third best team in the SEC East, against a team which got stomped in its signature game of the season (against Alabama) and never really recovered from there. But then upon further review you realize that South Carolina ended the season as a 10-win ball-club, while Michigan finished a respectable 8-4 against one of college football’s tougher schedules.

So while the Outback Bowl might not have the “star power” of some of the other New Year’s Day games, it is still going to be a good one.

A Word From Our Sponsor: We’re guessing that you’ve probably heard of Outback, right? The self-described “Australian Themed Steakhouse” has locations all over the country and world, but with its corporate headquarters located in Tampa, it seems like an appropriate sponsor for the game.

In addition, let’s also not forget that Outback is also the company which coined the phrase “No Rules, Just Right,” which ironically, sounds like something Stephen Garcia might say after doing a keg stand at a frat party.

Aces: If you didn’t watch the Wolverines over the last couple weeks of the season (and really, why would anyone have voluntarily watch the Big Ten this year?), what you might not have noticed is that this was a totally different ball-club after Devin Gardner took over for Denard Robinson under center. I know it’s sacrilegious to some for people like me to say anything negative about the man they call “Shoelace” only it’s true; in their four games Gardner starter, Michigan went 3-1 with their sole loss coming at undefeated Ohio State.

And in the process, the Wolverines’ passing game was revamped with Gardner at quarterback as well. Top receiver Jeremy Gallon caught 24 of his 40 receptions this season in the four games with Gardner under center, while second-leading receiver Roy Roundtree caught 15 of his 28 balls with Gardner throwing to him as well (feel free to throw those stats around at your New Year’s Eve party, by the way).

The point being, this is a completely different offense than it was even in the middle of the season. And when you throw in one of college football’s Top 20 scoring defenses (Michigan allowed 16.6 points per game) and you’ll realize, “Wait a second, the Wolverines actually have a chance here.”

Deuces: Of course the second that you start to think, “Wait a second, maybe Michigan has a chance here,” you’re immediately zapped back to reality by memories of that Alabama game on opening night. The final score was 41-14, and frankly it was never that close.

And really, in the big picture of the Wolverines season, that has to be their biggest concern entering this game: Who exactly did they beat this season? As best I can tell, Michigan has one quality win (against a 9-3 Northwestern team…which came at home, in overtime by the way), with the rest of their victories coming against the soft underbelly better known as the “middle tier of the Big Ten.”

Of course on the reverse side of that, you can also look at Michigan’s schedule this way: Of their four losses, three came to teams (Alabama, Notre Dame and Ohio State) which went a combined 36-1 this season. The fourth was a loss at night at Nebraska, in a game which Denard Robinson got hurt.

Wild Card: The answer here is absolutely, positively Denard Robinson. For whatever shortcomings he had and has as a quarterback, there’s still no doubt that he’s amongst the best athletes in college football, regardless of position and regardless of conference affiliation.

And now that he’s not under center, Robinson is even that much more dangerous. In his two games playing running back full-time, Robinson rushed for a combined 220 yards, including a 122-yard effort against a really good Ohio State defense. Add in the fact that every time he touches the ball Robinson has to be at least a threat to throw the ball, and he could be one of the two or three game-changing players in this year’s bowl season.

Aces: So, what are the chances you’ve heard of some guy named Jadeveon Clowney? I’m guessing those chances are pretty high, in which case you know that Clowney was one of the single most ferocious defensive players in the sport this year. He finished third nationally with 21.5 tackles for loss, and is currently tied for the national lead with 13 sacks. What’s even more impressive is that he accrued those numbers in just 11 games; for comparison’s sake, he is tied for the national lead of 13 sacks with four different players. Three of them played 13 games this season and a fourth (Anthony Barr of UCLA) played 14. In other words, Clowney is a straight beast.

Add Clowney to a defense that also includes All-SEC safety D.J. Swearinger and linebacker Shaq Wilson (who would’ve been all conference in any other league) and it’s easy to see why this club ranked No. 12 nationally in both scoring offense (17.4 points a game) and total defense (312 yards per game).

Deuces: While it didn’t impact their bottom-line win total, South Carolina’s offense isn’t what you’d expect from a 10-win SEC football team. Even after 12 games there is no true “go-to” wide receiver and the running game took a major hit when Marcus Lattimore suffered his second gruesome knee injury in two years. At quarterback Connor Shaw was effective, but the poor guy couldn’t seem to stay healthy. Back-up Dylan Thompson started two games for South Carolina and threw at least 10 passes in four of them as well.

Shaw is expected to play against Michigan, but how long he’ll be able to play for remains another question all together.

Wild Card: While it seems a little ironic to call someone named “Ace” a wild card, that’s exactly what Ace Sanders is for the Gamecocks. Not only did the 5’8 sparkplug lead this team with seven touchdown receptions, but he also turned into a dangerous return man on special teams as well. Sanders finished the regular season ranked sixth nationally averaging 14.52 punt return yards per game.

Like Robinson on Michigan, Sanders can take it to the house every time he touches the ball.

So You Don’t Forget: For all the strides that South Carolina has made as a program since Steve Spurrier took over in 2005, they are just 2-4 overall in bowl games since he arrived in Columbia.

Crystal Ball: At the end of the day, it all comes back down to what we discussed at the beginning. Every year we sit around and spend the entire month of December talking ourselves into why Big Ten teams will have success during bowl season, only to watch them go out and get crushed by superior teams, with superior talent, usually from the SEC. And every year we feel stupid for ever putting any faith in the conference of leaders and legends.

So with all that said, feel free to call me stupid. I’m picking Michigan to win.

I know I’m on an island here, but I do think there is a whole confluence of events working in favor of the Wolverines entering this one. They’ve been much better as a whole with Gardner under center, have an elite, playmaker with Robinson on the edge, and while their defense isn’t great, they aren’t going against an offense which can or will really expose them. Add in the fact that South Carolina has been hearing for a full month how bad they’re going to beat Michigan and it seems like they’ll be ripe for an upset.

Call me crazy, and feel free to throw this on my face January 1. I’m taking the Wolverines.