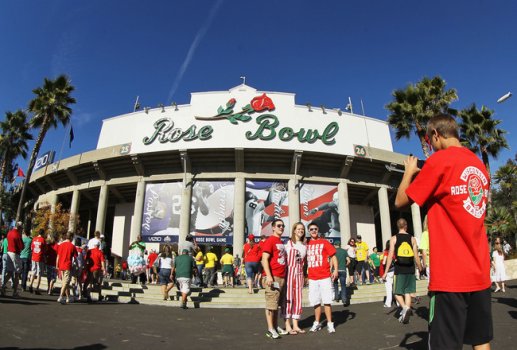 If you're a Big Ten fan, a Pac-12 fan, or heck a fan of tradition in college sports, than this is the one for you. After all, they don't call it the "Granddaddy of Them All" for nothing. In this years edition we've got a pair of threepeaters as Wisconsin makes their 3rd straight trip to Pasadena and are searching for their first win, while Stanford is in it's 3rd straight BCS bowl game and will be making their 1st appearance in the Rose Bowl since a 2000 game – one that they lost to the Badgers mind you. Despite a mismatch by records this game could have smash mouth classic written all over it, but unless something truly crazy happens it will be hard to top the past two editions of this game for dramatics. 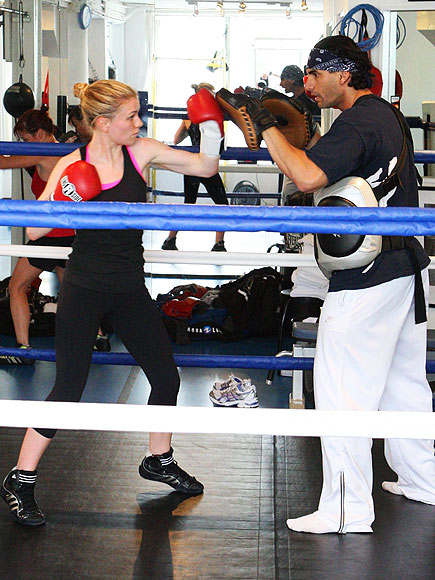 Sexiness: Anna Paquin – Hey, call me crazy, but I wouldn't want to mess with one of the stars of True Blood, nor do I want to mess with a woman who portrayed Rogue – a character that could kill you just by touching  you – in the X-Men series of movies. Just like this matchup, she is one tough girl, yet it doesn't mean she (and the game) can't be attractive at the same time. Get out of line and expect to be punched in the mouth. On Tuesday expect a lot of punching in the mouth as these to teams try and establish power running games.

A word about our sponsor…: Vizio is the "presented by" for this game as the Rose Bowl refuses to just go all sorts of corporate with it's name. Chances are you could very well be watching the game on one of their TV sets and really that's the whole point of marketing and sponsorship, right? Think of Vizio as the mid-major of TV companies, one that makes a good enough product to buy into, but one that's not the Duke's or UNC's of the TV world either.

Aces: Stepfan Taylor is a beast of a running back and the Cardinal would be stupid to get away from using him a ton in this game. After all he did rush for over 1,400 yards and have 12TD's so far this season. If Stanford is to win this game he simply needs to be his average self, and by that I mean he needs to be rushing for somewhere around the 110-115 yard mark. If not that means he's not a worry for Wisconsin and that spells trouble big time for the Cardinal.

Deuces: For as great of a pass rushing team as Stanford is (1st in the nation in sacks & tackles for loss), it hasn't translated into playing well against the pass. They rank 83rd in FBS football against it and they give up just over 250 yards a game. Couple that with a Wisconsin passing attack that has shown it's capable of going deep and hitting the big play when needed and you've got a recipe that's not so good tasting if you are a Stanford fan.

Wildcard: Zach Ertz is the biggest wildcard in this game to me. Some may say it's freshman QB Kevin Hogan, but in order for that to happen Ertz needs to be a viable pass catching target and force the mismatch of him on a guy like Mike Taylor (speed kills) or on a guy like Dez Southward/Shelton Johnson (size kills). If the Badgers bottle Ertz up it could be a long game for Hogan..

Aces: If you've been living under a rock or coming out of cryogenic freeze back in the 1980's, then let me introduce you to Wisconsin football – they RUN the ball – A LOT. This year has been no exception to that and it hasn't been all Montee Ball, despite his 1,700 yards and 21TD's as the Cardinal must also worry about an 800 yard rusher in James White (who can throw the football some too) and freshman speedster Melvin Gordon who has over 500 yards rushing and averages just over 10 yards a carry. I'm not saying Stanford will be intimidated in the least, but they have to be a bit worried about what and how they will see Wisconsin run the football on Tuesday.

Deuces: As awesome as the run game as been the Badgers have had issues throwing the football on a consistent basis. Part of it is the rotating door at QB thanks to ineffective play (Danny O'Brien) or inexperience (redshirt frosh Joel Stave and senior Curt Phillips) they just have been able to get it going consistently enough to make it a real threat. Wisconsin averages just 162 yards a game, good for a terrible 111th nationally.

Wildcard: These teams are so similar that I'm going with tight end once again as the X-Factor. Why? Well, Wisconsin has  the Big Ten Tight End of the Year in Jacob Pedersen at their disposal. That means he's pretty decent, right? In truth he had become more of a blocker than anything else to start off the year, but he's grown to be a hug threat (just like past seasons) in the passing game. If he can keep drives alive and create some threat in the middle by getting open it's just another thing that Stanford has to worry about, especially if they are stuffing the box against the run.

So you don’t forget…: For Wisconsin, the QB position could be interesting in this one. Almost everyone and their mother assumed Curt Phillips was the man, no questions asked… That is until Joel Stave appeared in a green jersey throwing the football a few weeks ago. So, watch to see if and how Wisconsin uses Stave, who has a much stronger arm than Phillips. On the Stanford side of things, they will be without a key player as DT Terrence Stephens is suspended for this game due to academic reasons. Another thing of note is that of the two defenses Stanford is grabbing the headlines while the Badgers are actually the more consistent bunch, ranking in the Top 25 of all major statistical categories, a feat that isn't easy to do and a sign of just how well rounded a team's D really is.

Crystal Ball: Out of all the bowl games this season, on paper this should be the easiest to pick, right? Well, you'd be dead wrong in my book. This is the biggest toss up game of all the BCS matchups by a long shot in my book and it's because these teams are so similar in how they approach the game of football. Expecting this one to be smash mouth and brutal in the trenches isn't a far off prediction at all. If it becomes a game of who can run the football better as I expect than than favors a Badgers team that has three big time weapons in it's running back stable (four if you include Phillips) vs. one guy who's taken up over 70% of his teams carries on the season. Call it an upset if you want, but I say Wisconsin wins a close Rose Bowl.