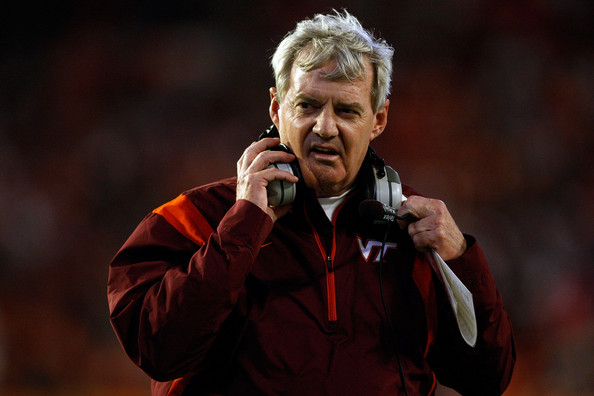 As we were handing out assignments for the bowl previews, contributor Ty Hildenbrandt opined that this game "might set football back 20 years." So there's that.

She's funny, which should match the commentary from the peanut gallery during this game as sadists revel in the horror of what they're witnessing.

A word about our sponsor…: A subsidiary of Fruit of the Loom, Russell Brands LLC manufactures affordable athletic wear and supplies team uniforms at all levels of competition. (If you're looking for a nice bang for your buck, check out the Dri-Power Fleece Pocket Pant.)

Aces: Greg Schiano left for the NFL back in February, but he didn't take the Scarlet Knights' stout defense with him. Rutgers plays solid D in all phases, finishing 20th nationally in yards per play, 25th in passer rating, 6th in rushing yards per play and 5th in scoring defense.

Wildcard: Kyle Flood. Always beware the rookie head coach appearing in his first bowl game. Some new coaches view the games as opportunities to build momentum, while others treat preparation for the game as secondary to looking ahead to the next fall.

Aces: Although the Va. Tech hasn't been as stout as usual, the Hokies still get after that ass. Tech totaled 32 sacks this year and 87 tackles behind the line of scrimmage.

Deuces: The Hokies have never made imaginative offense their calling card, but the 2012 team has been particularly uninspiring. Logan Thomas never really developed into the multi-dimensional threat at quarterback that was expected, which might have had something to do with his lack of palatable playmakers at the skill positions.

Wildcard: Special teams. This is Frank Beamer's team, after all.

So you don't forget…: If you're in town for the game and plan on staying through the weekend, the Orland Citrus Parade on Saturday might be worth a look. The event will feature appearances from grand marshal Justin Gatlin and TV hosts Trista and Ryan Sutter.

Crystal Ball: Good luck finding an angle in this game. Tech had a thoroughly unimpressive season and never really came up with a signature win. Rutgers had a decent year, but limped to the finish with two losses to close the season. The difference may turn out to be motivation. A year ago, the Hokies were playing in the Sugar Bowl – smells like a no-show is possible now.