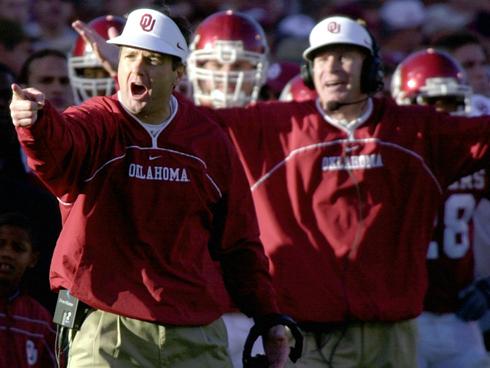 A 2011 season that started with grandiose visions of a crystal ball ended in a three-loss disappointment of a year for the Oklahoma Sooners. Since then, Bob Stoops brought his brother Mike back to help shore up the defense and lost right-hand man Brent Venables in the process. The Sooners also shed a slew of non-contributors from the roster, recruiting six junior-college transfers to fill some of those openings.

With Oklahoma State breaking through last season and Texas continuing to load up with talent, the Sooners have lost momentum in the Big 12. OU needs a solid spring to get back on track towards getting its dog back.

Stability has been a hallmark of Bob Stoops’ tenure at Oklahoma, which has given this offseason a far more unique flavor than OU fans are accustomed to.

That may not sound like a lot to people outside the program, but it’s close to a sea change at OU.

Under the Microscope: Mike Stoops

Bob Stoops brought his brother back ostensibly to give the defense a fresh perspective after eight years under Venables. On the field, that primarily means cutting down on explosive plays. The secondary’s technique needs some work, too.

Equally important, though, OU needs to get some of that mystique and unquantifiable “edge” back on D. The Sooners certainly had it back in Mike’s first stint. Eight years later, does he still have that fire? 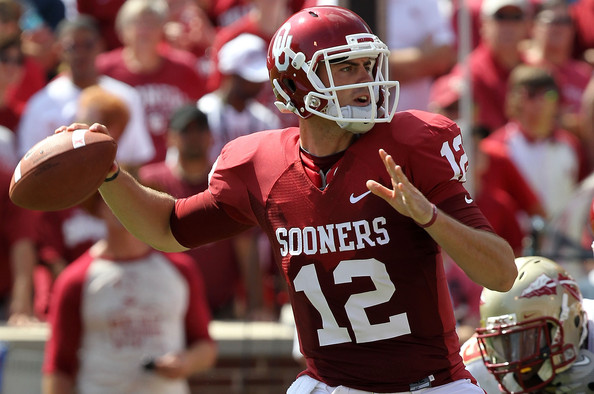 Landry Jones has taken his fair share of criticism from both inside and outside of Sooner Nation for everything from his sideline demeanor to his penchant for trying to make too many spectacular throws. But how many coaches around the country would trade their corporate car for a QB with three years of starting experience, a conference championship and 30 wins as a starter?

One of the top QB prospects in the 2010 recruiting class, Blake Bell helped OU’s struggling short-yardage offense last season, running out of the Belldozer formation. He’s vying with Drew Allen and Kendal Thompson this spring for the second-string position.

The losses of 2011 Big 12 Defensive Player of the Year Frank Alexander and potential first-round pick Ronnell Lewis leave some huge holes coming off of the edge for OU. Upperclassmen David King and R.J. Washington have some experience, having rotated in on the defensive line last season. They look like the two front-runners to make the top line on the depth chart.

Keep an eye on sophomores Geneo Grissom and Chuka Ndulue, both of whom saw spot snaps in ’11. Also, you can bet that the coaching staff didnt bring in a juco transfer at defensive end to sit, so expect Chaz Nelson to compete for time as well.

Metoyer was a five-star pass catcher coming out of high school in 2011, but grades forced him to go the prep school route. He has his course work in order and will be needed right away to help replace Ryan Broyles.

Spring will be a success if…: The defense adjusts to the new schemes

OU isn’t exactly undergoing a complete makeover on D. Mike and Bob grew up coaching together, along with Venables. From the standpoint of general principles, things won’t change that much.

Personnel might be a different story. Mike generally leans to a nickel-heavy base D. That probably means more size at linebacker and an emphasis on cover guys at safety.

Mike will undoubtedly experiment over the course of the 15 spring practices to figure out who works best where. Having that resolved heading into the summer would go a long way towards having the Sooners ready to get back on track come the fall.