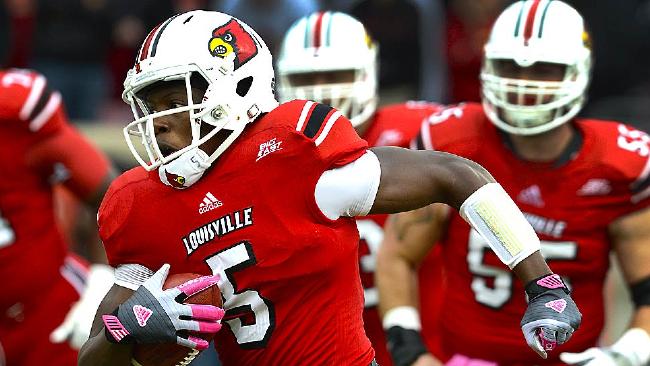 Louisville nabbed the Big East’s BCS bowl by defeating Rutgers 20-17 on the road. Florida didn’t make the SEC Championship game but the Gators were a lock for the BCS and could have played for a national championship if Notre Dame had lost its final game.

This is not the best BCS bowl matchup, but it does pit Louisville coach Charlie Strong against his former team where he served as defensive coordinator. 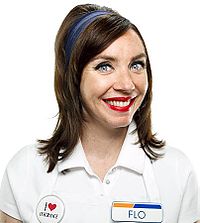 Flo from the Progressive Insurance (sorry Allstate) ads, who is portrayed by Stephanie Courtney, is the type of woman a man would like if a sense of humor were important. Of course, when you add a layer of make up and that bright red lipstick and all of sudden we start believing she’s better looking. No matter how much make up we put on Louisville, the Cardinals are not in the same class as an SEC power like Florida.

A word about our sponsor…: If you have ever turned on a TV then you have probably watched Allstate pitchman Dennis Haysbert, who is also known for TV shows “The Unit” and “24.” According to the company’s website, “The Allstate Corporation is the largest publicly held personal lines property and casualty insurer in America. Allstate was founded in 1931 and became a publicly traded company in 1993.”

Aces: QB Teddy Bridgewater will need to have his best performance to give Louisville a fighting chance against that Florida defense. He was banged up at the end of the season, but he is expected to be back to 100 percent. The Miami native completed 69 percent of his passes en route to 3,452 yards and 25 touchdowns.

Deuces: Louisville’s front seven has never faced a challenge like this on. The Gators are going to try to run the ball down the Cardinals throat all night. If the UL defense can force the Gators to throw it could get interesting.

Wildcard: Louisville has a handful of former Florida players and coaches on the roster who followed Charlie Strong. All of them have a lot to prove so don’t overlook the level of pride from that Louisville sideline.

Aces: The Gators will feed the ball to RB Mike Gillislee over and over as they try to wear down the Louisville defense. He averages 4.7 yards per carry and finished the regular season with 1,104 yards and 10 touchdowns.

Deuces: DB Matt Elam is likely playing his final game for the Gators. His athleticism and hard hitting will be missed. He always seems to be around the ball and tallied four interceptions and 65 tackles.

Wildcard: Florida’s defense will work to contain Teddy Bridgewater and get pressure on him with guys like Sharrif Floyd, who will likely get double-teamed. That pressure should result in a few turnovers for the Gators.

So you don’t forget…: Florida has won six of its last seven bowl appearances, including the last four. Will Muschamp would love to add a BCS bowl win to his resume.

Crystal Ball: We’ve witnessed some serious underdogs pull out big wins in BCS bowls before (e.g., Boise State over Oklahoma, WVU over Georgia, etc.) but it’s hard to imagine Louisville being able to hang with Florida’s athletic and bludgeoning defense. Of course the Florida offense has a knack of allowing lesser talent hang around.