As a general rule, we don’t get too much into the dynamics of college football uniform choice here at Crystal Ball Run. Sure, we’ll post our occasional commentary, but at the end of the day, the decisions made by Nike, Adidas, Under Armour and other companies aren’t ultimately about what we think; they’re about appeasing the 18-21-year-old kids that wear the uniforms they design.

But while we rarely dabble in uniform critique, this is still a national college football website, so it only seems appropriate that when something uniform-related does come up that piques our interests, we mention it here. Especially when it involves one of college football’s most glamorous programs, playing in one of the most highest-anticipated games of the season.

That team is Notre Dame (a club which we’re never afraid to discuss here at Crystal Ball Run) and the game is their trip to Soldier Field to take on the University of Miami in October. Sure this isn’t quite the hey-day of “Catholics vs. Convicts” in the late 1980’s, but you just know that when the day comes, and the names on the scoreboard say “Miami” and “Notre Dame” you will be watching. 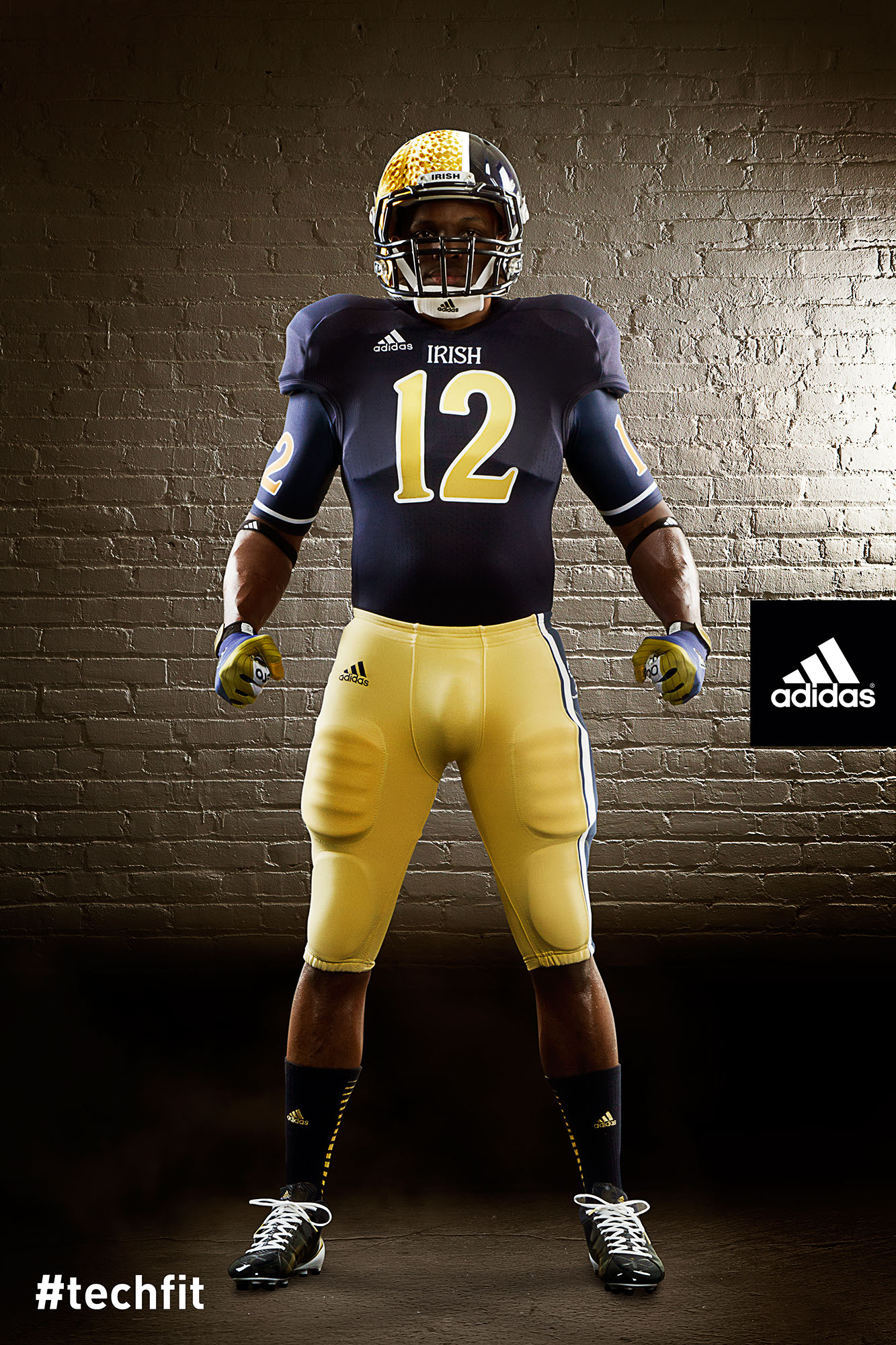 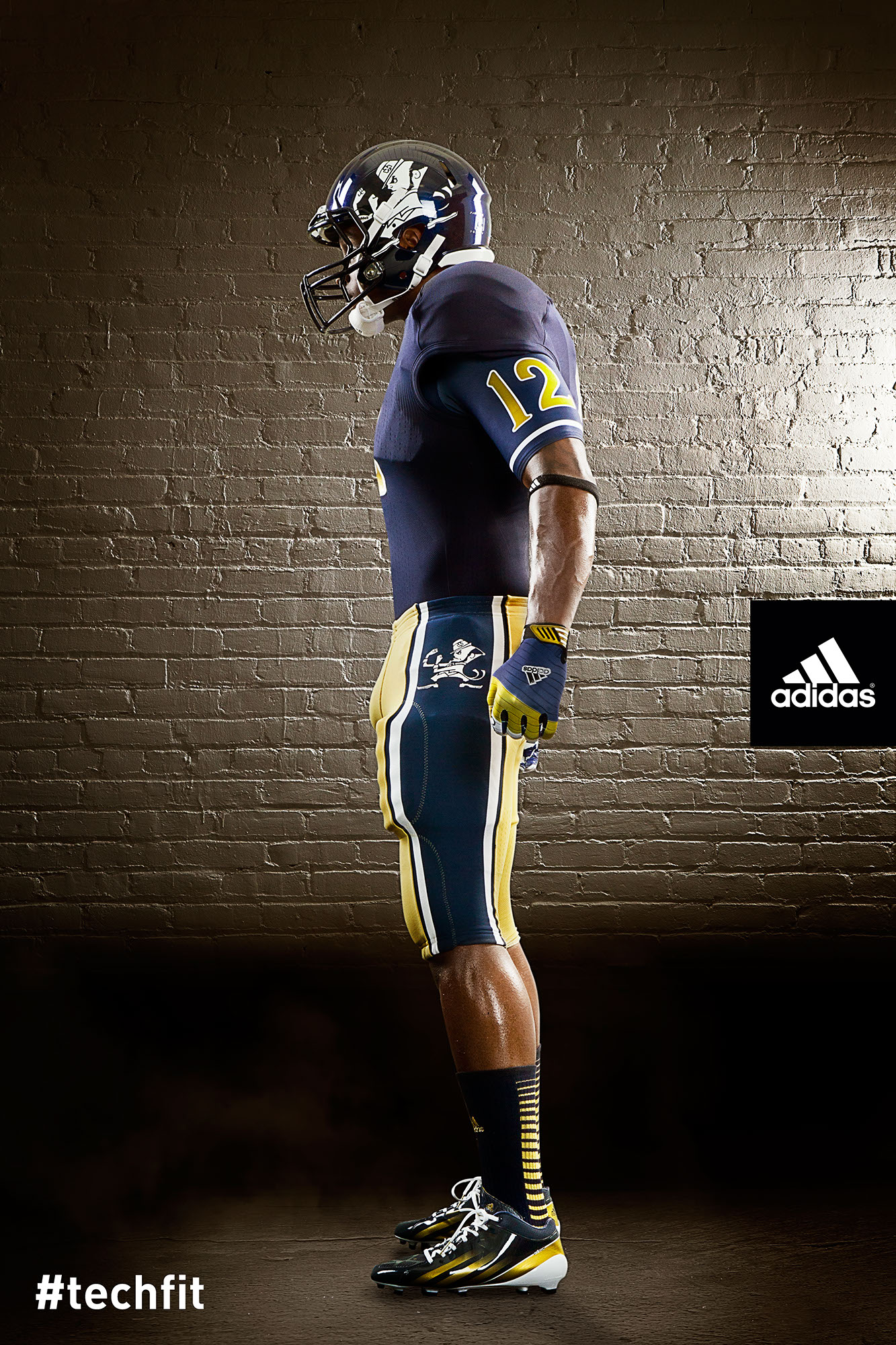 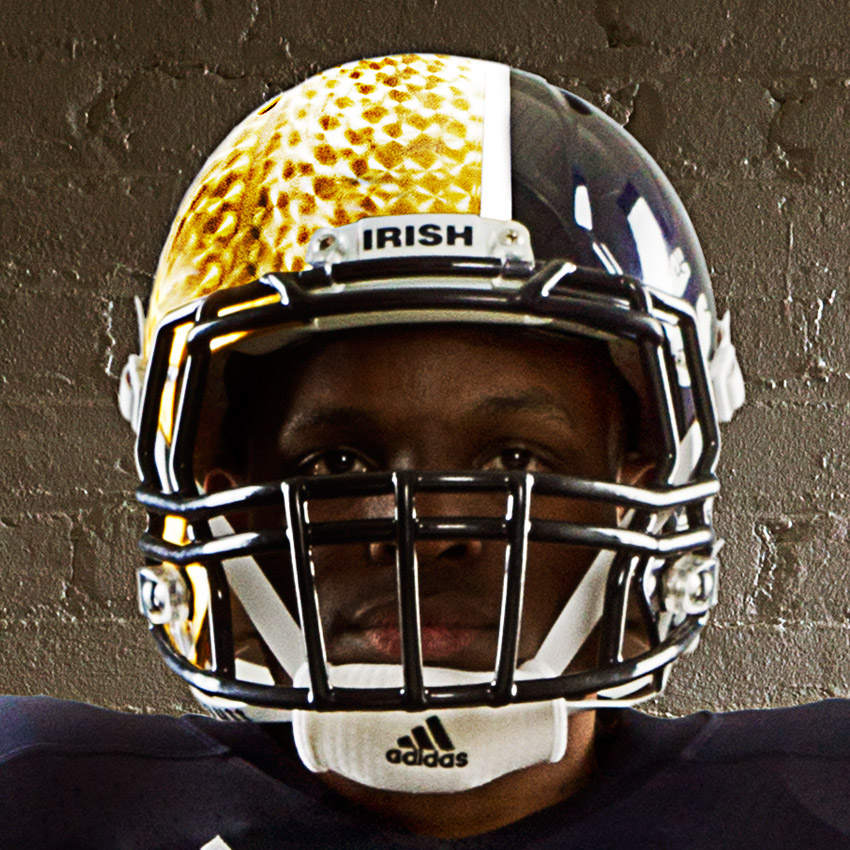 Regardless, when those two teams do get together, it’ll be a show, and not just on the field either. That’s because in the game, Notre Dame will break out some new uniforms, a line that Adidas is calling “Shamrock Series,” in honor of the game. They feature dark blue tops with golden trim and pants, but the real kicker is the helmet. One side features all dark blue paint and the Irish’s famous leprechaun logo. The other side is all gold, and of looks like the color of an already chewed up egg omelet.

Point being, I can definitely role with the pants and jersey, if not the helmet. Then again, as I mentioned, these uniforms aren’t for me.

In either case, Adidas was nice enough to send along some pictures that we’ve attached above, as well as released a video on Youtube that’s linked above.

To which we ask, what do you think?