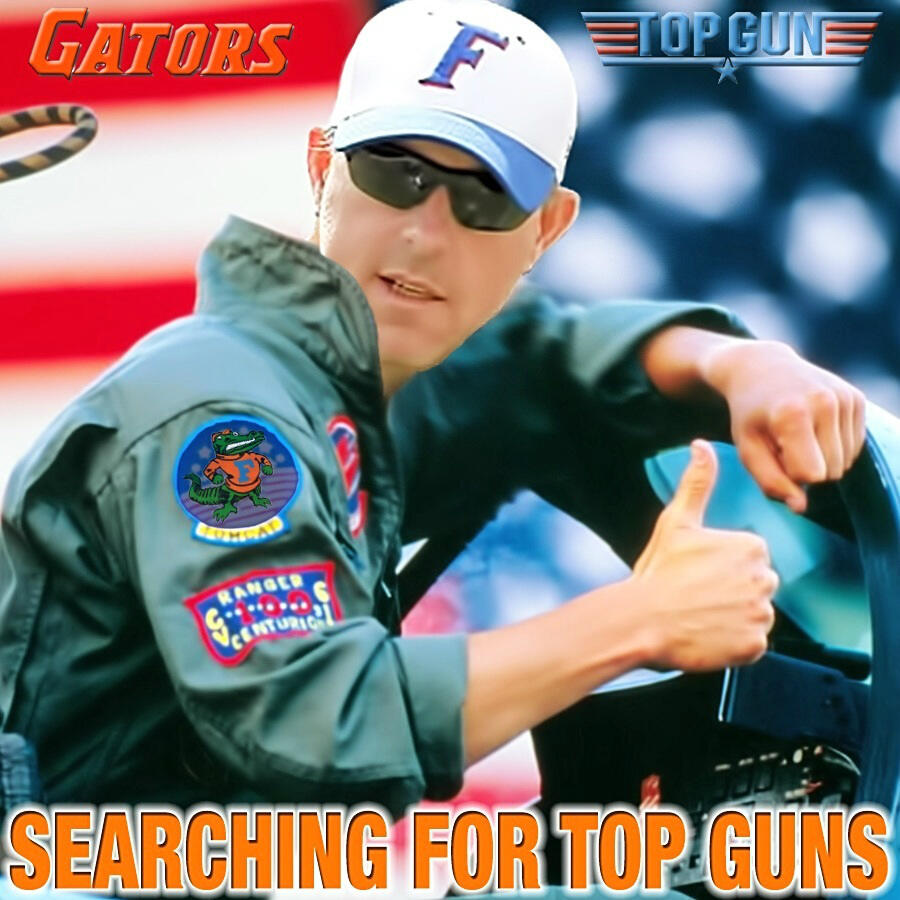 So last week, Crystal Ball Run shared an interesting story, about the always interesting Joker Phillips and his liberal use of the photo editing and enhancing service Instagram.

In it, we described how the ex-Kentucky head man turned Florida wide receivers coach has a growing reputation as the most creative, and times, weirdest college football coach on the entire service. In particular, Phillips seems to have a sick fetish for playing up his “Joker” moniker, by editing a number of pictures to somehow feature Heath Ledger from “The Dark Knight Rises” (playing the Joker, of course) making weird recruiting pitches on behalf of the University of Florida.

Only in the SEC, huh?

Well, not to be outdone, apparently Florida offensive coordinator Brent Pease is having some Insta-fun as well, and using his own movie monikers to drive up interest in playing for his offense at Florida.

Yes, you’ve read that correctly: Apparently, Pease is looking for “Top Guns” to play in his offense. And yes, that is Pease’s face, plastered on Tom Cruise’s body, with a Florida emblem stitched onto his uniform as well.

Now, whether all this stuff works or not, only those within the Florida football offices know. At the same time, it’s hard to blame any coaching staff for trying to be creative in how they reach recruits and get their message across. Three years ago it might’ve been Facebook or Twitter, but right now, all the rage is in fact Instagram, and as one of the few schools with a presence on the website, credit Phillips, Pease and the entire Florida staff for reaching recruits in a way that few others are.

Not to mention that it’s hard to argue that to some degree, the creativity is working for Florida. They already have nine commitments in the 2014 recruiting cycle, including six players who are rated as four-stars or better by Rivals.com.

Besides, in the grand scheme of “annoying recruiting tactics” is clever Instagraming really that bad? Especially relative to the newest rage, which is apparently to just simply stuff a recruit’s mailbox with an insanely high volume of mail?

Oh, it’s happening, specifically in the SEC, where coaching staffs across the conference are giving mail men hernias, and have given us as writers something to talk about all spring. Just ask Ole Miss (54 letters to a recruit in one day), Kentucky (115) and the winner of them all, Tennessee, which sent 154 to a recruit on one day, earlier this month.