Mississippi State vs. No. 13 Oklahoma State

Oklahoma State has a chance to make a statement for the Big 12 when it takes on Mississippi State in Houston to start the season.

Of course, it’s not like Mike Gundy’s squad is taking on a top-echelon SEC team, though. But that’s where the Bulldogs are hoping to get after going 8-5 last season. They aren’t going to challenge for the SEC title, and opening with a tough foe like this could get their season off to a rough start.

The Cowboys are actually good enough to run the table and make a run at the final BCS Championship Game. 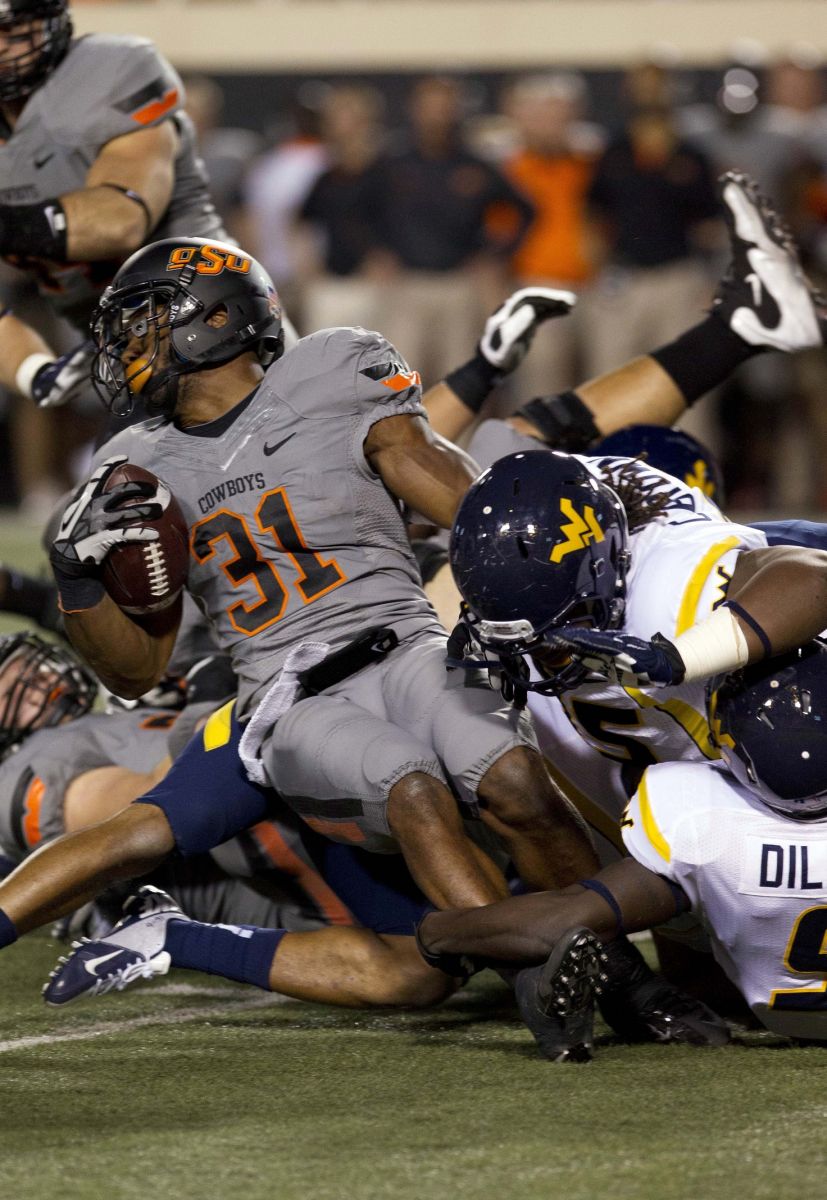 For Mississippi State to win: The Bulldogs need that SEC swagger. If they bring enough of that to Houston, well, who knows what might happen.

For Oklahoma State to win: The Cowboys probably have enough offense to outscore Mississippi State, but it would be a much easier ride if Okie State can get its defense to play more like 2011 and less like 2012.

Key Player (Mississippi State): QB Tyler Russell had a monster season — his first as a starter — as he established a boatload of new program records. The Bulldogs are hoping he can deliver even bigger games in 2013, especially in the opener.

Key Player (Oklahoma State): RB Jeremy Smith has backed up a number of great running backs, including Joseph Randle and Kendall Hunter, during his time in Stillwater. Now it’s his time in the spotlight after nagging injuries kept him out of the line up more than he would have liked. He has shown flashes, including a 160-yard debut and he is averaging 6.2 yards per carry for his career.

Key Stat: Mississippi State opened last season with seven straight wins (only to lose five of its next six).