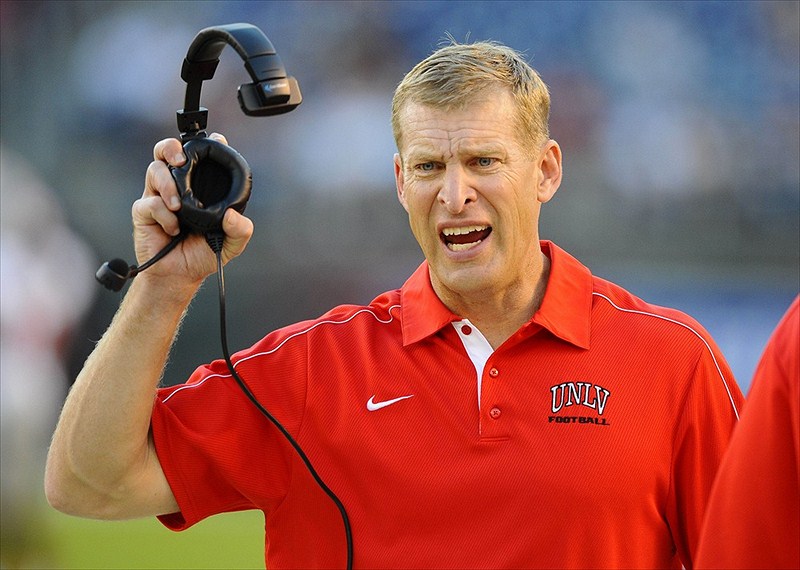 In today’s big-money, win-at-any-cost state of college football there’s not a single coach who doesn’t feel the pressure to win.

But as good as some coaches were just a few years ago — Texas’ Mack Brown — or relative newcomers to a job — Illinois’ Tim Beckman — job security is a concern … even in March.

So here are the 10 coaches with the hottest seats when the 2013 season begins in August.

Hauck may not be the biggest name out there, but it’s clear that if he doesn’t get to a bowl game this season his time is up in Las Vegas.

After a successful run at Montana where he went 80-17 in seven seasons, Hauck has gone a dismal 6-32 with the Rebels. Making matters worse, Hauck’s teams have lost to FCS teams twice in three seasons.

He has made some changes, including two new coordinators, but it smells of desperation. It’s hard to believe this program wins enough games to save his job. 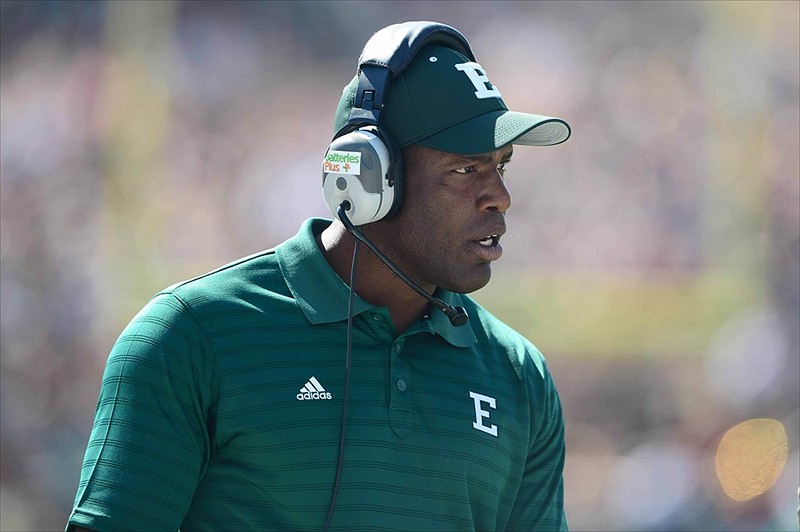 English has been high on this list for at least three years and when the Eagles reached 6-6 in 2011 it looked like Eastern Michigan had turned the corner.

But another disappointing season has put English near the top of the hot seat candidates again.

It’s tough to pick on English and the work he has done as this is one of the toughest programs to win at in the nation.

Yet, it’s hard to overlook his 10-38 career record and believe that at some point this season someone isn’t going to hit the reboot button on this program.

Athlon Sports recently named Kiffin as the coach with the hottest seat, but he also has the most talent on the field. So if he pushes some right buttons he could turn the Trojans back around.

At this moment, Kiffin is the man who endured one of the most disappointing seasons of 2012 … especially after you consider there were some who picked USC to win the national championship.

Instead, the Trojans went 7-6 and the team looked like it just gave up in a 21-7 loss to Georgia Tech in the Hyundai Sun Bowl.

Kiffin has his work cut out for him if he wants to save his job, but it’s not a lost cause yet. 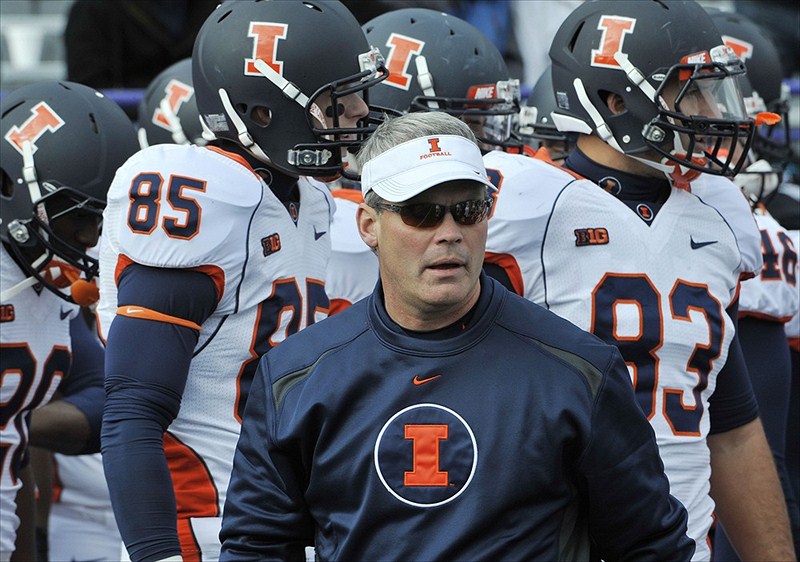 OK, maybe someone from his family could make a valid argument.

After going winless in Big Ten play, Beckman is looking for a quick fix by bringing in a number of JUCO players to improve the talent pool.

The Big Ten was weak last year, so there’s a chance the Illini could see a considerable move up the ladder in 2013. 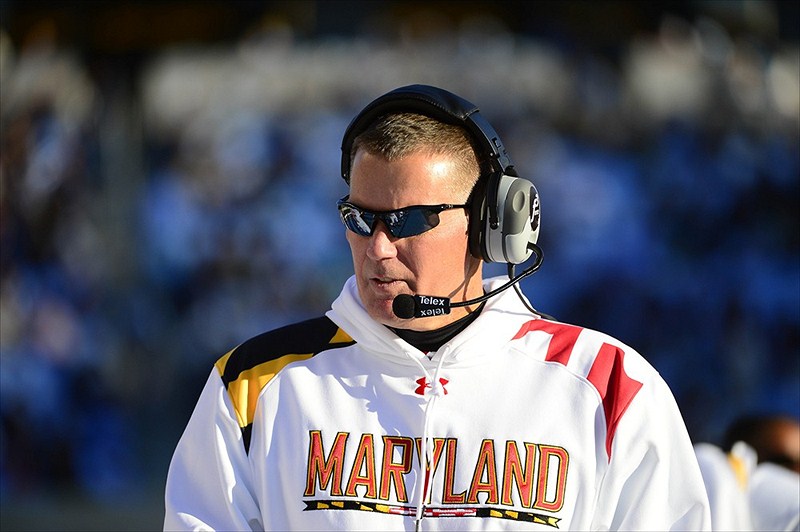 I know the Athlon Sports listing had Edsall all the way down at No. 20 and the writer feels this program may be headed in the right direction.

But as the Terps prepare to transition from the ACC to the Big Ten, there’s no one around that athletic department who wants to carry this type of baggage around if Maryland isn’t winning.

Maybe improving to 4-8 last year was a positive sign, but his 6-18 record at Maryland is a huge blemish.

Remember how bad they wanted to get rid of Ralph Friedgen? 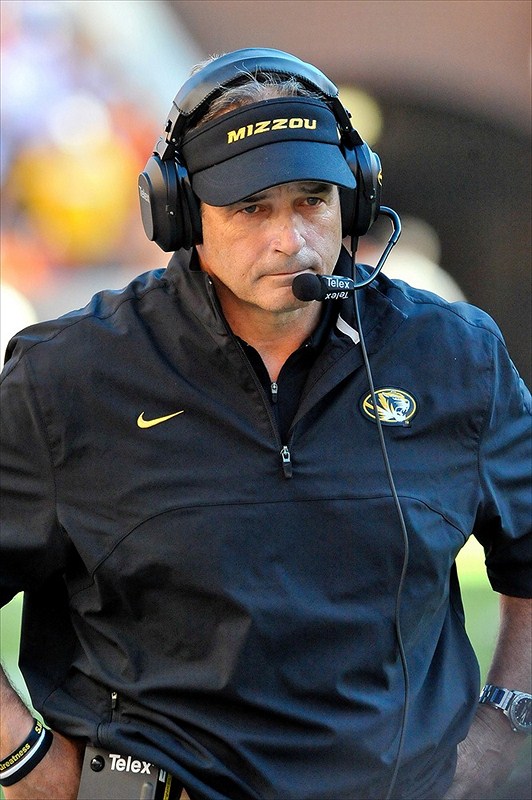 Pinkel is learning what it means to be part of the SEC now.

Just a few years ago it would have seemed ludicrous to include him on a list like this. Now the expectations are through the roof and it’s not clear he’s the right person to make Mizzou meaningful again.

It also hurt to watch what Texas A&M did in its first season in the new conference.

Even if the Tigers suffer another down season it would be a bit surprising to see Mizzou make a change. However, it is the SEC and winning is everything.

It’s not personal, but I’ve just never understood the fascination with Ferentz. I’ve heard the arguments from Iowa fans about how he does more with less, etc. But his salary is one of the highest in the nation and the Hawkeyes should expect more.

He’s won 100 games at Iowa, but the Hawkeyes didn’t even go to a bowl game last season. Remember how bad the Big Ten was in 2012? Well, Iowa couldn’t get enough wins to go to a bowl.

Don’t be too alarmed when the fans start to turn on their veteran coach, and then we’ll see if Iowa can get out of that big contract. 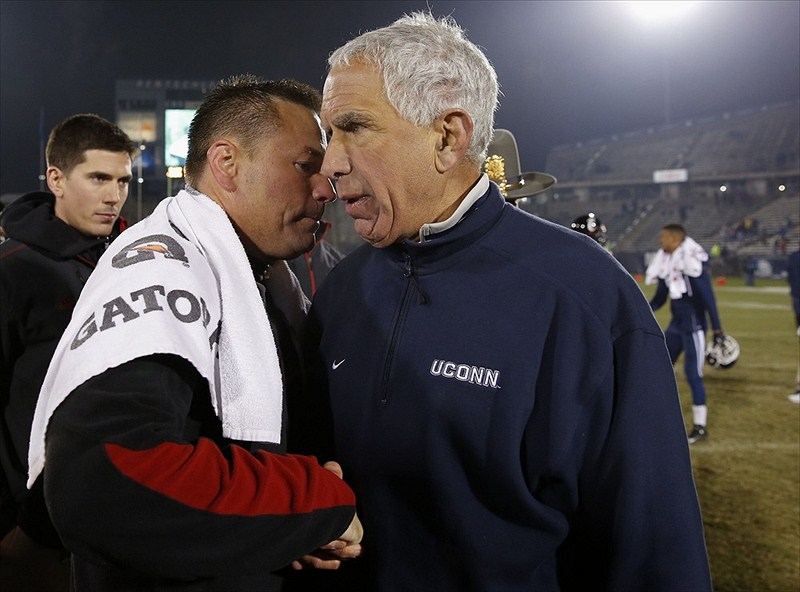 Pasqualoni is another of those odd hires a few years back. After Edsall bolted for Maryland, UConn surprised a lot of people by coaxing the former Syracuse coach out of the NFL for this job.

The Huskies have finished 5-7 in both of his two years in charge and even with a watered down former Big East, UConn will be a mediocre program again.

Pasqualoni was wronged by Syracuse when he was axed after the 2004 season, but at 63 years old he seems to be out of his element coaching college players again. 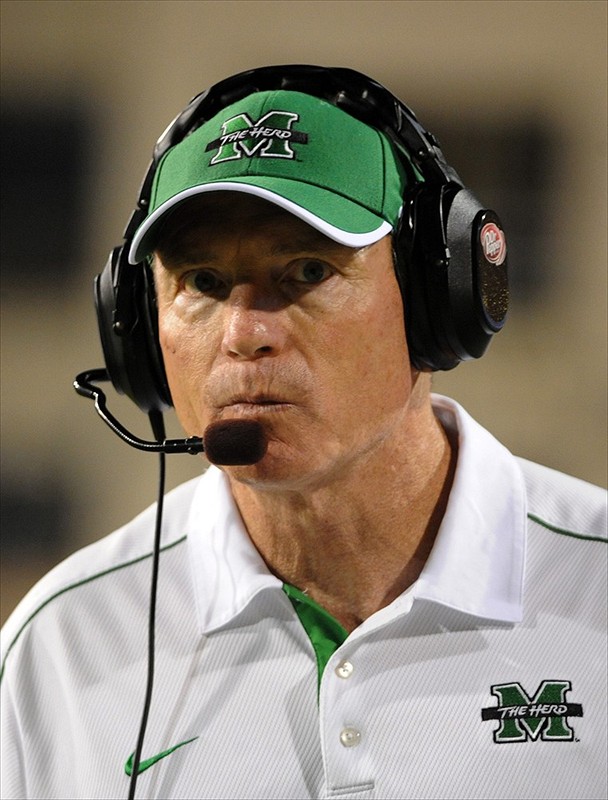 Marshall fans believe their program is as relevant to the college football landscape as say a Notre Dame or Alabama. Why?

Well, there was a time when the Herd won Division I-AA championships when it was still called this and when they made the jump to the big-boy division they won some Mid-American Conference championships.

But since 2005, the program has been mediocre as a member of Conference USA.

Now Holliday is about to start his fourth year and the program has enjoyed one winning season, which did include a bowl win. He has also upgraded the talent in Huntington by using all of his connections in talent-rich Florida.

But the folks at Marshall are expecting a big year and if Holliday can’t deliver they will likely show the West Virginia alumnus the door. 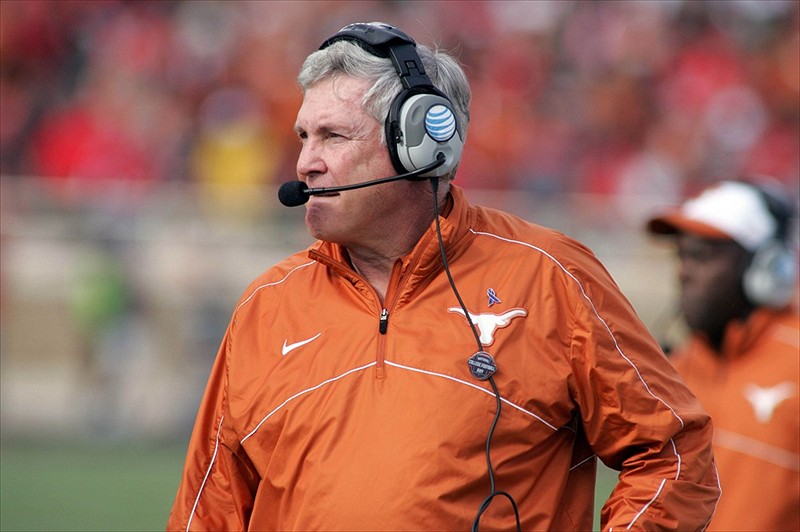 I still find it hard to believe Brown won’t finish out his career on his own accord, but three consecutive seasons of finishing below expectations and the locals are getting rowdy.

It wasn’t that long ago that Brown had the Longhorns playing for a BCS Championship (2009) and they even won the big game in 2005. But that’s ancient history and the 61-year-old coach may be ready for the nursing home.

Still, he’s had only one losing season since arriving in 1998 and has an overall record of 150-43 in Austin.

With the talent on his roster, certainly Brown will find the answers in 2013.