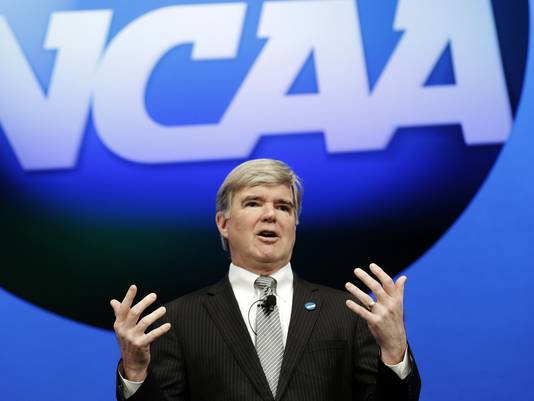 Perhaps not so stunning is the revelation that today the powers that be in place to investigate the potential violations of these men also cannot do their job properly.

The NCAA, an institution continuing to battle public relations fiasco after fiasco, came out and admitted to opening up a new investigation, but this one came with a twist. The NCAA is in need of reviewing itself.

The NCAA, while investigating the University of Miami, has uncovered an issue of what is being termed improper conduct within its enforcement program. According to the statement released by the NCAA Wednesday, former enforcement staff members with Nevin Shapiro to improperly obtain information for the investigation by the NCAA. This allegedly involved going through bankruptcy proceeding that did not involve the NCAA.

"As it does not have subpoena power, the NCAA does not have the authority to compel testimony through procedures outside of its enforcement program," the NCAA statement says.

"I have been vocal in the past regarding the need for integrity by NCAA member schools, athletics administrators, coaches, and student-athletes,” said NCAA President Mark Emmert. "That same commitment to integrity applies to all of us in the NCAA national office."

Emmert has seen better days it seems. After the way he handled Penn State and the way the NCAA handled cases at USC, Ohio State, North Carolina and so on, piling this latest embarrassment may be enough to drive Emmert closer to a breakdown.

"To say the least, I am angered and saddened by this situation," Emmert said. "Trust and credibility are essential to our regulatory tasks. My intent is to ensure our investigatory functions operate with integrity and are fair and consistent with our member schools, athletics staff and most importantly our student-athletes," he added.

The NCAA has organized an external review of the enforcement staff and states that anyone associated with any potential wrongdoing is no longer employed by the NCAA. According to the NCAA release;

"The NCAA has retained Kenneth L. Wainstein, a partner with the law firm Cadwalader, Wickersham & Taft LLP to conduct this investigation. Wainstein specializes in corporate internal investigations and civil and criminal enforcement proceedings. He was formerly Homeland Security Advisor to President George W. Bush and has served as the Assistant Attorney General for National Security as well as the FBI General Counsel. "

So what does this mean for the ongoing Miami investigation? For now, it means we may not be finding out any more details on potential sanctions for quite a while. A Notice of Allegations will not be sent to Miami until at least following the completion of this external investigation of the NCAA's own operation. Miami has done their part early on by withholding their football program from postseason play each of the past two seasons, resulting in three missed postseason games between two bowl games and one ACC Championship Game appearance. By the time this is all done, Miami may get off light from the NCAA after issuing their own self-imposed sanctions for the time being.