I don’t use e-bay but I thought it would be interesting to poke my nose around the site and see what kind of stuff I could find being sold relating to college football.

A quick search found a signed South Carolina football from the 2013-14 season featuring the autograph of Connor Shaw plus “many others”. 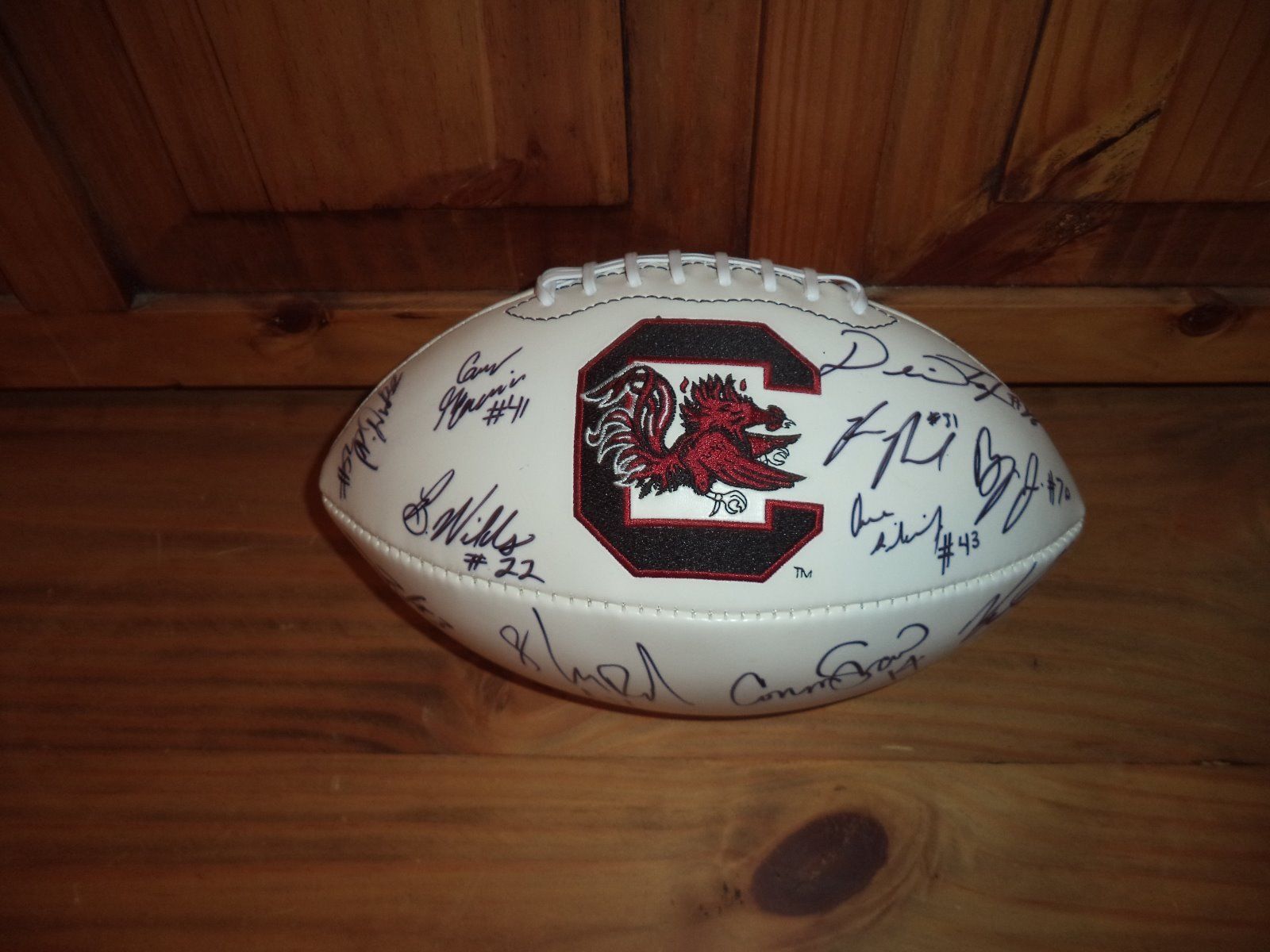 A quick cross-reference with the South Carolina roster shows that the football also appears to have the signature of current players Brandon Wilds, Garrison Gist and Connor McLaurin.

Obviously, it’s against NCAA rules for a student athlete to sell their own merchandise or autograph (see also: AJ Green) but that doesn’t stop others from making a quick buck on the players.

Wouldn’t it be easier if the University was allowed to sell these and give a percentage of the money back to the players in the form of a stipend instead of some schmuck off the street profiting?