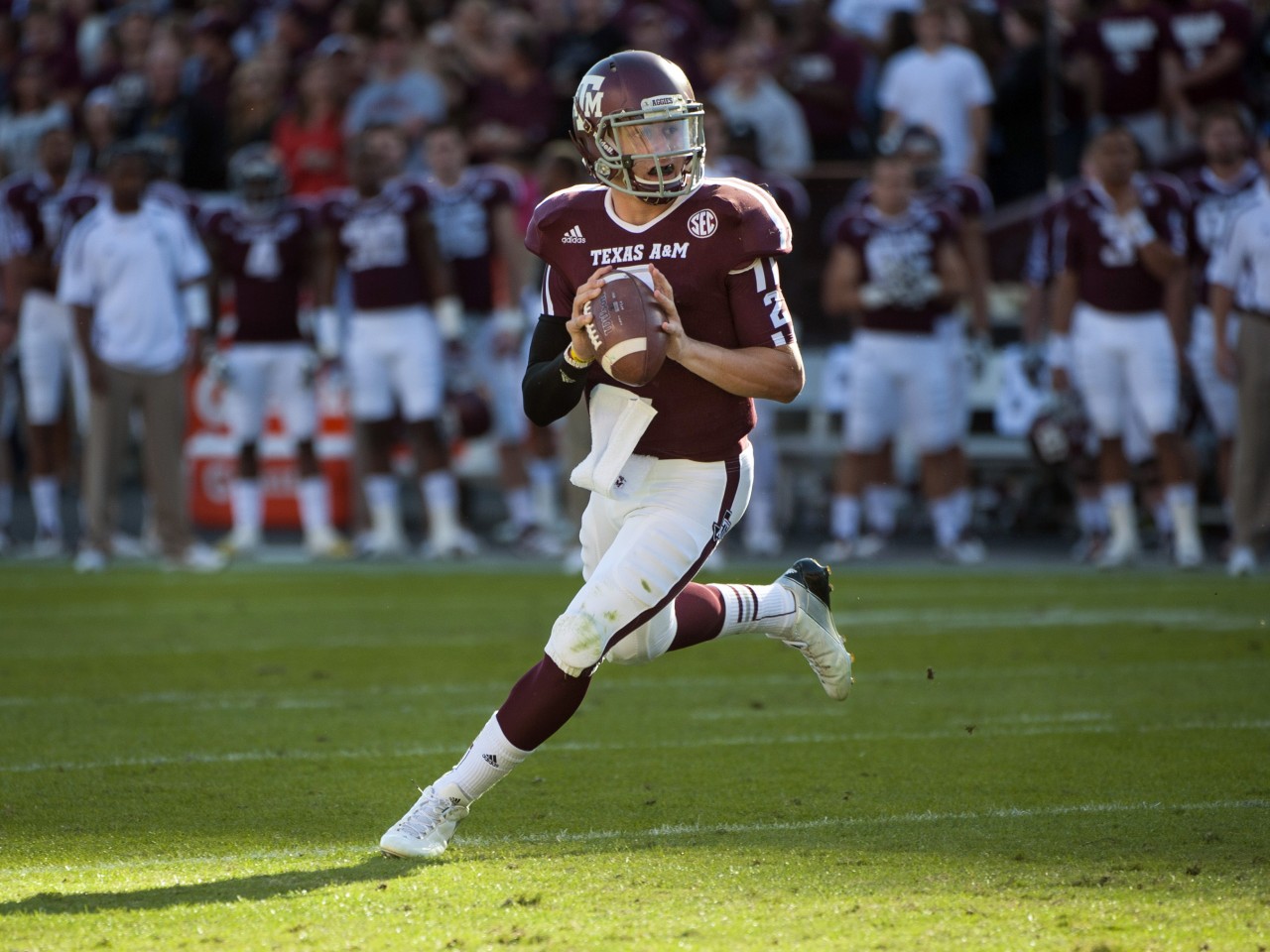 Johnny Manziel will cast a long shadow for the QB who tries to replace him at Texas A&M. (Photo courtesy: USA Today Sports)

So far, we’ve examined the situations at running back for Auburn and quarterback for Alabama. The latest edition of “Filling the Void” considers the battle in College Station to fill Johnny Manziel’s sizable shoes.

When he took over at Texas A&M in 2012, Kevin Sumlin walked into a situation in which he had to replace a first-round NFL draft pick at quarterback. Picking from a grab bag of unknown quantities, he just so happened to fish out the first freshman ever to win the Heisman Trophy and one of the most dynamic players in college football history.

So it must feel like deja vu for Sumlin as he and offensive coordinator Jake Spavital set out to find a replacement for NFL-bound superstar Johnny Manziel. Sumlin’s history indicates he’ll pick a winner out of the three signal callers competing this spring for the position.

Johnny Football. If you’re reading this, you’ve probably heard of him.

The A&M coaching staff doesn’t appear to be dropping any hints as to who leads for the job at this point. If the Aggies are picking up where they left off last season, that would make Joeckel the clubhouse leader.

The fifth-year senior is the brother of former Aggie star Luke Joeckel, the second overall selection in the 2013 NFL Draft. As a three-star recruit in 2010, he didn’t enter the program with much acclaim, but he worked his way up the depth chart to the point where he got the start in A&M’s first game of the 2013 season versus Rice while Manziel was suspended for the first half. Spavital speaks of Joeckel in the typical “game manager”-ese, which would suggest that the staff is hoping one of the other candidates pulls a Manziel this spring.

Recruitniks might argue that opens the door for rookie Kyle Allen, an early enrollee deemed the consensus No. 1 quarterback in the 2014 class. He doesn’t have the cannon arm that you’d expect from such a vaunted recruit, but Allen has the accuracy, mobility and polish to thrive in A&M’s wide-open O. On the other hand, throwing a true fish to the sharks in the SEC has to raise concerns about not only Allen’s maturity, but his capacity to handle the physical punishment that entails.

The most intriguing option of the candidates is Kenny Hill. The sophomore is a classic spread QB who has the ability to tax defenses with his legs and arm. Sumlin got him some seasoning a year ago with mop-up duty in four games. Is that a sign that Hill was being groomed to take over for Manziel this fall? 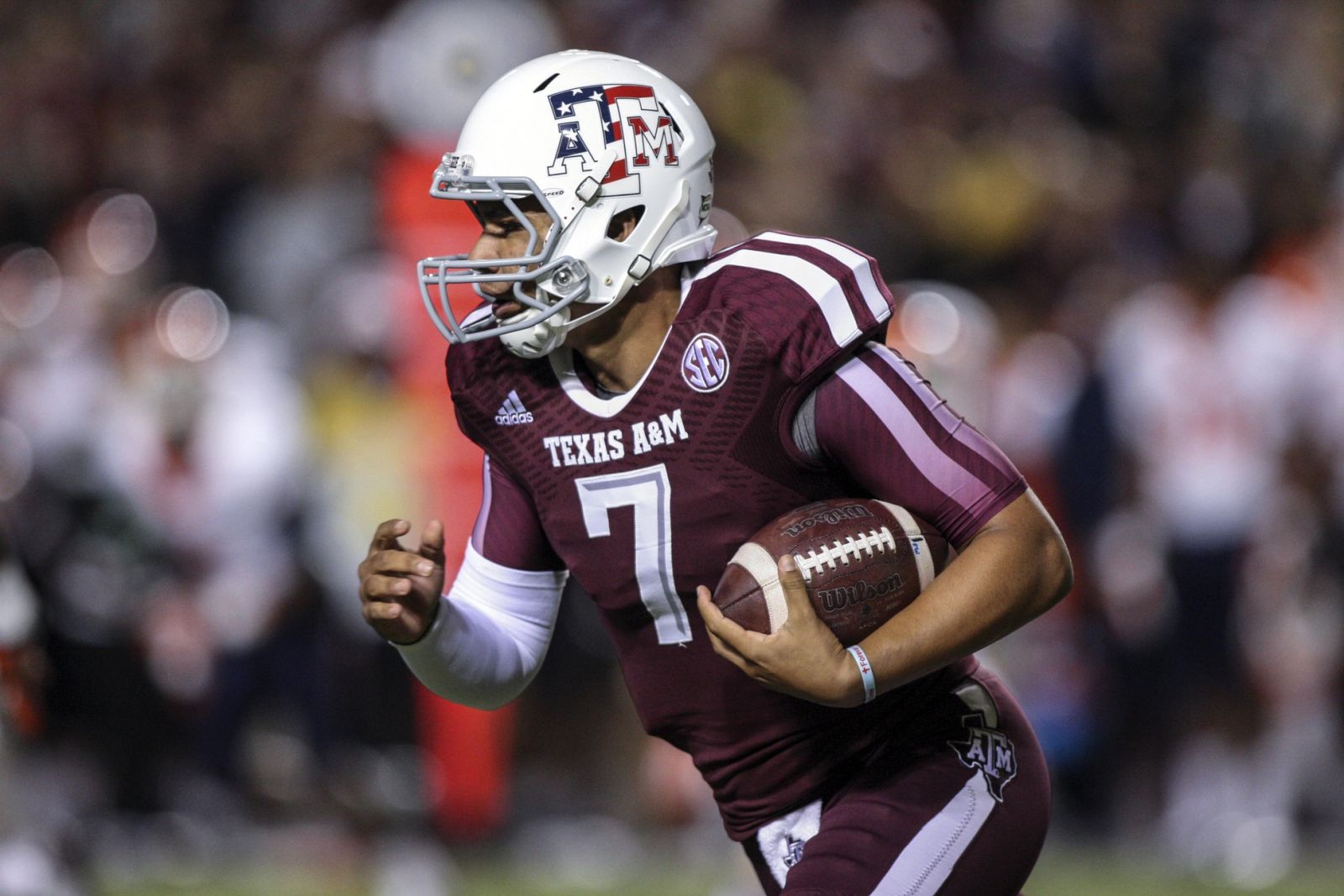 What to expect heading into the summer and fall?

From the outside, this doesn’t look like the kind of competition that will be decided in the spring. Expect Sumlin to string this out into August. Yet, with a conference game against South Carolina to open the season, the Aggies don’t have the luxury of letting the battle drag on too long. The best bet might be that Sumlin eventually backs Hill as Manziel’s successor in the fall.