There was a big controversy in the world of sports that I totally made up, as Jerry Rice donned a Cowboys jersey for a McDonald’s ad. It was an affront to every sense.

Well as it turns out, I might have buried the lead. You see, the other iconic NFL figure in these Game Time Gold commercials is legendary Bears player and coach Mike Ditka. McDonald’s thought it would be hilarious to put Ditka in an 80’s style Green Bay Packers sweater vest for the spot and throw every Chicago native (including Norm from Cheers) in a coniption. Yeah, very funny.

But then a weird thing happened: The Packers, who were riding high at 6-0 when the spot aired, haven’t won a game since. To be fair, the Cowboys haven’t won since Jerry Rice put on their jersey, but they were cursed long before that by Tony Romo’s broken collarbone. The Pack, meanwhile, have lost to the Broncos (who are pretty good) in Denver and the Panthers (who were undefeated) in Charlotte. But this past Sunday, they lost at home … to the Detroit Lions!

Bears fans are laughing their heads off, and Packers fans are apoplectic.

Ever since that damn Mike Ditka put on #Packers gear they've been losing! For the love of my team, take it off!!!

I've never been one to give in to superstition, but if the Packers lose the rest of their games, I'll buy Ditka a Cardinals jersey in April.

Packers fans, I think there’s only one solution … 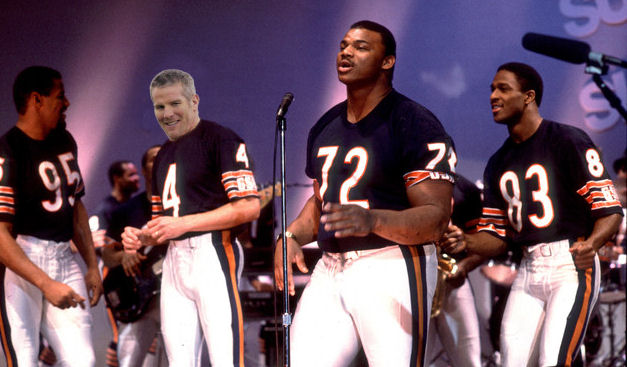 Do it. Before it’s too late.