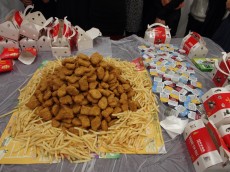 NBA Hall of Fame center Hakeem Olajuwon is known as one of the greatest players in NBA history. The league’s all-time leader in blocks, he dominated both sides of the ball and was best known for his famous “Dream Shake” that shook opponents to the core. But, few people know that Olajuwon had another innate talent: he was […]