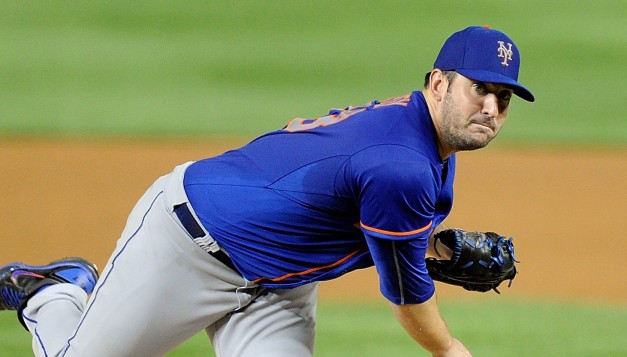 Watch Matt Harvey With The Biggest Ice Cream Helmet Ever 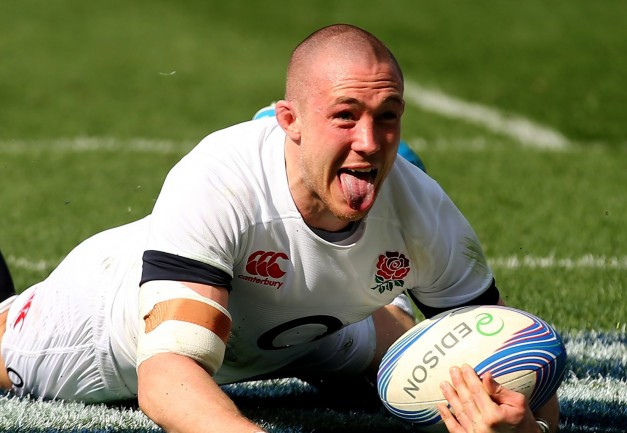 This Rugby Themed Pizza Will Make You Blush 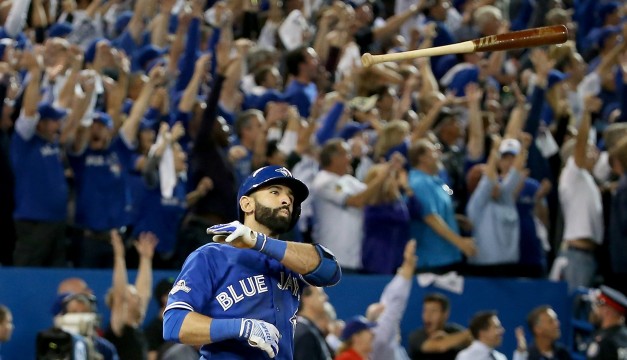 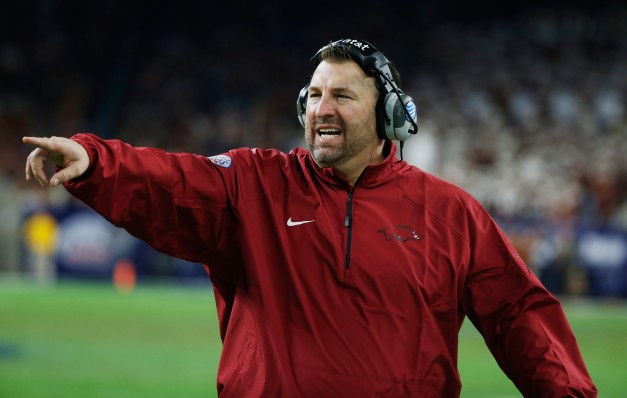 Bret Bielema Gets A Special Pizza 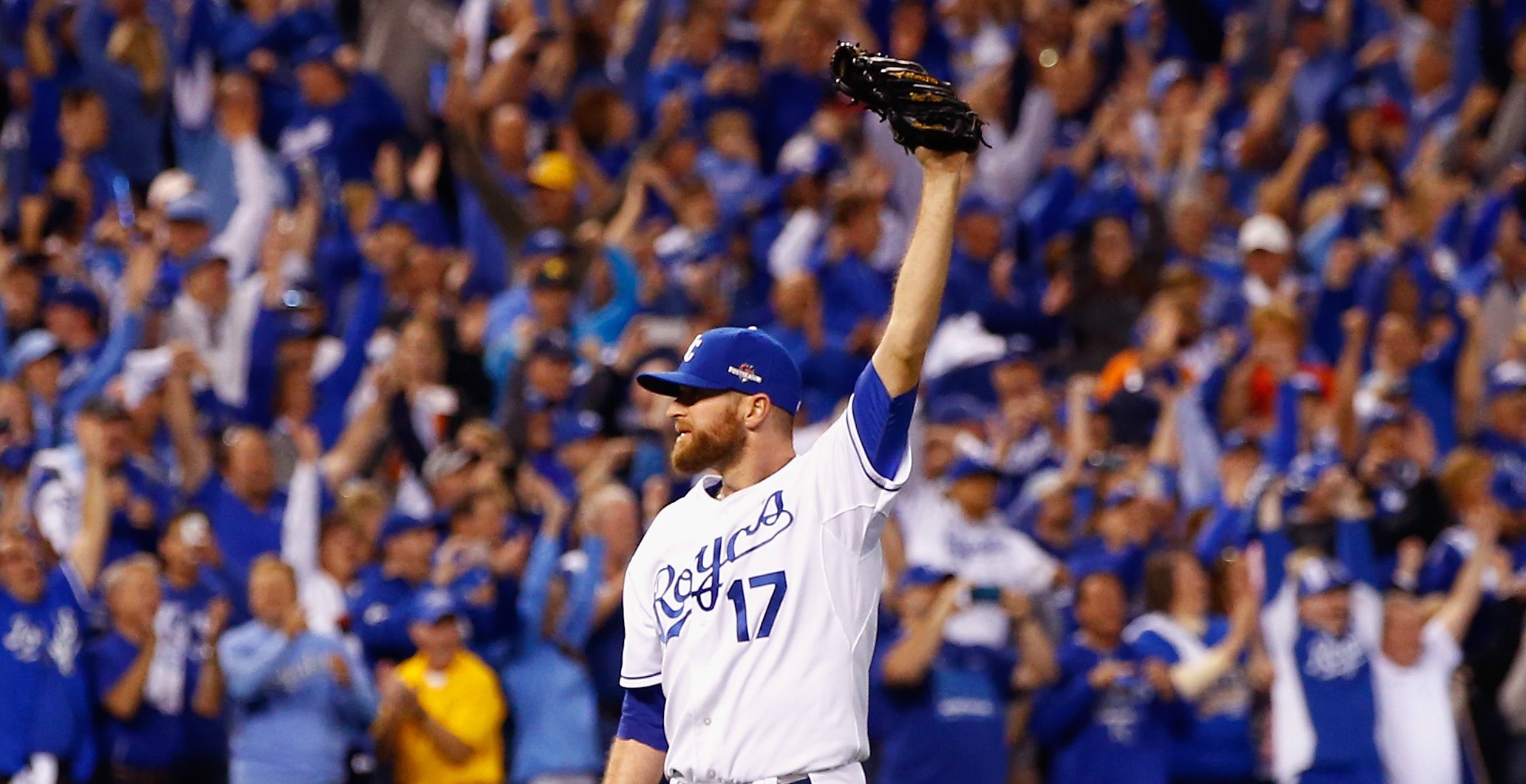 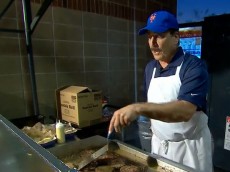 Former Mets first baseman and Mets announcer Keith Hernandez was unleashed from the shackles of the broadcast booth during Tuesday’s game, mainly to bring a different perspective to the broadcast. But when you send Keith Hernandez out on his own, there’s no telling where he’ll go. And it was only natural and inevitable that Keith […] 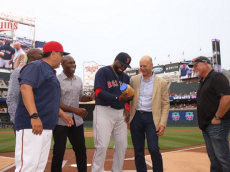 The latest stop on the David Ortiz retirement tour is in Minnesota, where the slugger started his career. Now you’d have to imagine it’s somewhat tough for the Twins and their fans to honor the star, considering Ortiz had his best years in Boston, and beat up on the Twins and the rest of the […] 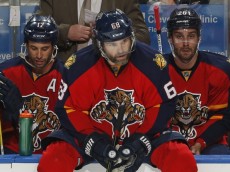 Jaromir Jagr once had a peanut butter named after him way back when he was a young’n with the Pittsburgh Penguins. Well, now that his NHL career is of legal age, Jagr can now have an alcoholic beverage named after him. And one Ontario brewing company is making it happen: Introducing Jaromir Czech Jagr, our […] 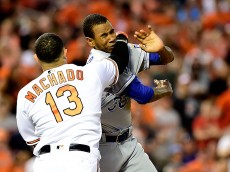 Manny Machado is probably going to be suspended after going after Yordano Ventura for throwing inside and then plunking him. But Machado shouldn’t be all that upset, since he is getting a nice reward for his efforts from a Baltimore seafood place: For those who want bean brawls to be eliminated completely from baseball, good […] 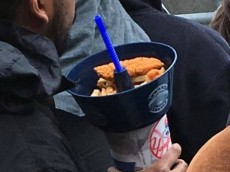 Have you ever been at a ballpark and had to navigate the crowds with a box of food and a drink and have been scared that the whole thing was going to fall over? It’s hard, right? Okay, well it’s not all that hard. But there seems to be a solution that has popped up […] 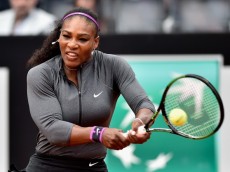 Tennis superstar Serena Williams is a brave soul. She could have kept this little story to herself and nobody would have been the wiser. But she chose instead to be forthcoming about something that a lesser human would have been embarrassed about admitting: She tried dog food. And it got her really sick before rallying to […] 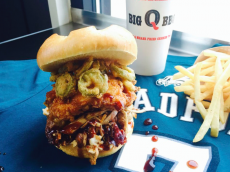 Sam Bradford isn’t happy about the Eagles drafting quarterback Carson Wentz with the second pick in the draft last week. His response has been to demand a trade out of Philadelphia, which doesn’t take kindly to being rejected by one of their own. Their response? Well since they can’t boo him right now because the […] 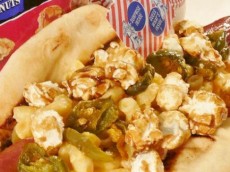 Okay look, I get it. Food at ballparks have become more than the standard hot dog and ice cream. We’re all trying to come up with new ideas to make a particular ballpark unique. And it’s not just about having the food, it’s about viral marketing of said food. That’s where we come in, as […] 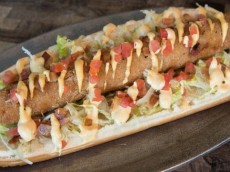 The great debate that has plagued our society over the past few months has been this: Is a hot dog a sandwich? Now the answer is clearly “no”, but I find it interesting that nobody has wondered about whether a cheeseburger is a sandwich or not. Well don’t bother, because the Arizona Diamondbacks want you […] 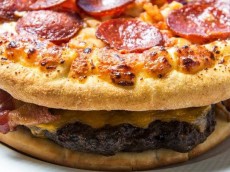 Let’s face it, the Atlanta Braves are probably not going to be any good this year. The good news is that there will always be the contingent who go to Braves games just for their legendary Waffle House stand. Now, if you thought that the Braves were going to be a one trick food pony […] 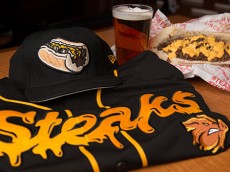 Somehow I knew that the Stockton Ports’ homage to asparagus wouldn’t start a trend of minor league baseball teams wearing jerseys and paying tribute to healthy foods. And indeed, the healthy streak is over at one. Leave it to the team that has an alternate hat depicting a strip of bacon to get us all […] 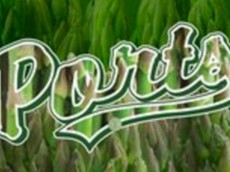 Not all food related baseball nights have to feature artery clogging goodness. Sometimes, baseball can be good for you. Just ask the Stockton Ports, who will hold “asparagus night” on May 21st: Oh boy, those jerseys. I kinda love them. I’d wear vegetables sooner than I’d eat them. But the jerseys scare me a little […] 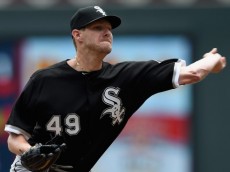 Okay, so it isn’t the healthiest diet in the world. But Chris Sale of the White Sox has the diet every little kid would love to have when they grow up, but they can’t because they’re not major league baseball players who work out like lunatics and have the metabolism of a hummingbird. In fact, […] 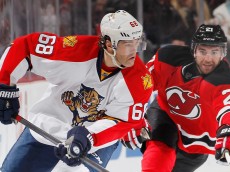 Remember when Jaromir Jagr charmed us all by telling us that his one vice was Diet Coke? Well good news, he kicked the habit last year for lent. “I drank it every day, I would have five a day at least,” he said—he tried it again after Easter. He hated the taste so much that […] 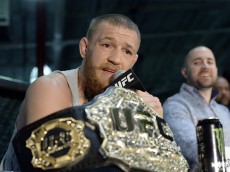 So here’s a fun way to get ready for UFC 196’s main event: Conor McGregor and Nate Diaz as pancakes: Dr. Dancake is the one person that can say he flattened two of the most talented ultimate fighters in the world like pancakes. And it’s too bad that Dr. Dancake’s works, which