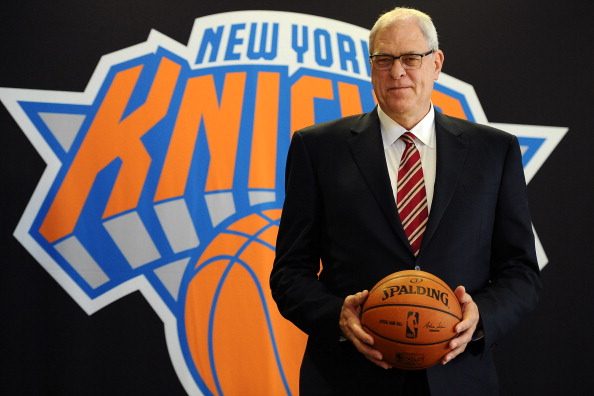 When the New York Knicks hired Phil Jackson as Team President, praising the move didn’t raise too many eyebrows. And why would it? Jackson had cultivated an almost legendary status as the basketball guru. With two NBA championships as a player for the Knicks and eleven NBA championships as a coach for the Chicago Bulls and Los Angeles Lakers, you’d have been hard-pressed to find a reason to think this born-winner wouldn’t work some magic in Madison Square Garden as well.

However…Jackson’s three season stint with the Knicks, which ended earlier this week, was about as disastrous as they come. Yes, technically, the team is a little bit better off than it was before he got there, but Jackson seemingly mismanaged just about every major decision that could have propelled the franchise from also-ran to contender. He signed former player Derek Fisher to a lucrative contract as head coach only to watch as the team floundered to their worst record in history. Fisher was fired the following year after compiling a 40–96 record. Jackson seemed destined to drive aging superstar Carmelo Anthony out of town by any means necessary, throwing him under the bus at every turn. Phil then took things to the next level, offering up franchise star Kristaps Porziņģis to possible trades following perceived slights. Reports started popping up that Phil could barely stay awake during draft workouts. All the while, he kept an air of smugness, even telling reporters “I think we know what we’re doing” when it became abundantly clear to many that the franchise did not.

And so, even though it seemed like a good idea back in 2014, the laws of Freezing Cold Takes demand that we take a look back to see who heaped praise on the hire with lofty expectations of what was to come. Not just those who saw great things to come with the Knicks but also the missed opportunities that befell the Lakers because of the move. Here they are…

Phil Jackson can make the New York Knicks a contender.

Wow. We really let Phil get away. Jim ego gonna eat him alive

Phil is credibility and gravitas so until proven otherwise I will believe that was a good hire by the Knicks at a much needed time.

If Phil Jackson goes to New York, it will erase any hopes of his helping to save the Lakers, @latbbolch writes http://t.co/O0Mvez5oCG

@Ingotti supposedly Dr Buss blessed a lot of decisions..but Phil to the Knicks? C'mon- you can't let one of your family's best assets leave!

WAIT A SECOND. PHIL JACKSON ON THE KNICKS? CAN THIS JUST BE MY BIRTHDAY?

Kobe Bryant not happy with news that Phil Jackson is headed to New York Knicks. http://t.co/90JO9SNQIC

In signing Phil Jackson Owner Jim Dolan & Steve Mills are saying to the Knicks fans, they're ready to win now!

Phil Jackson isn't gonna turn the Knicks around over night. But damn sure he's not gonna make them any worse!

Are the Lakers really gonna let Phil Jackson "get away" and go lead the Knicks? Wow

Phil Jackson to the Knicks Means Trouble for the Bulls http://t.co/KAs4cvyuAN

Congrats to Phil Jackson on his new role with the Knicks! It's good to have him back in the NBA!

In @BrandonTierney's #realitycheck – Phil Jackson is brilliant. Why would it be a bad thing to bring someone brilliant to the Knicks?

Knicks getting Phil Jackson is a great move

Phil Jackson likely has job for life. May be the only guy right now who can tell Dolan to keep quiet. That alone is gold for #Knicks

Now, in the interest of hot take fairness, there were some people who called it correctly all the way back in 2014. Credit where credit is due.

This potential Phil/Knicks marriage is a disaster waiting to happen… Get your popcorn ready!

There's no way this ends well for the Knicks or Phil. Bad for both.

Phil Jackson to the #Knicks is a bad idea on both sides. Stop the madness.

He'll fail spectacularly and blame Dolan. RT @GottliebShow: Welp you all wanted to see what Phil could do w/a bad roster #Knicks