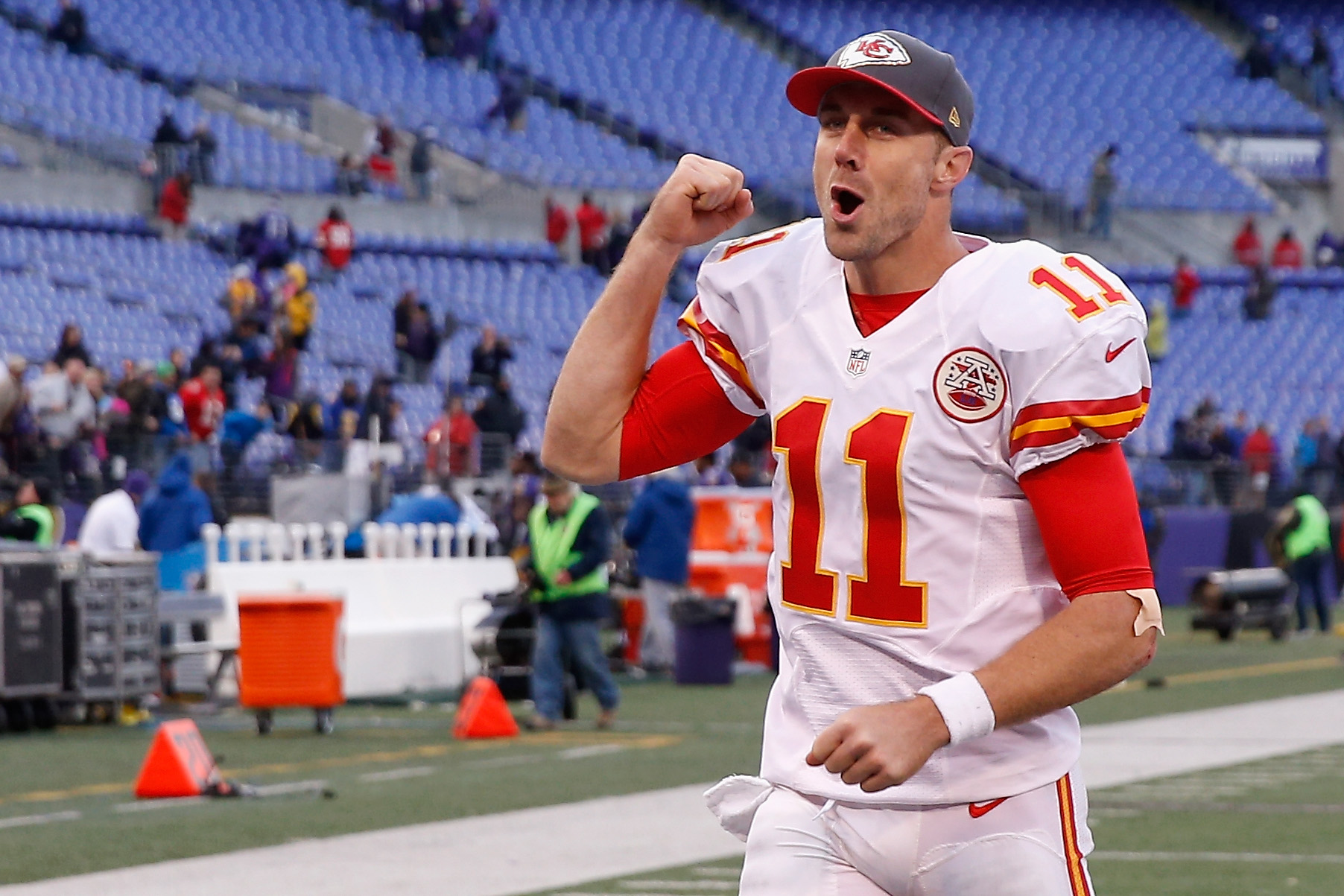 If there is one team in the NFL playoffs who deserves more respect, it’s the Kansas City Chiefs. Many can talk about the New England Patriots, Dallas Cowboys, Pittsburgh Steelers and even the New York Giants about how any of them can win the Super Bowl, but the Chiefs are largely ignored from the conversation.

Despite that, none of those teams have had a 14 month stretch quite like the Chiefs. For instance, the odds-on Super Bowl favorite Patriots have a 22-7 record since Week 7 of the 2015 season. In that same 14 month stretch, the Chiefs are 23-5 and were largely overshadowed by the surprise emergence of the Oakland Raiders.

But before Kansas City’s remarkable run, things were not as rosy in the midwest. After a Week 1 win to start their 2015 season, the Chiefs suffered five straight defeats.  The panic in KC was enough to set off tornado alarms as fans and the media quickly lost faith in quarterback Alex Smith and head coach Andy Reid.

@chiefs I'm sick of the coach-speak. Alex Smith sucks. This is no longer a debate.

We posted this on our Facebook Page earlier today. Look @ what we received from a Chiefs STH holder. Your Thoughts? pic.twitter.com/rW7p7OTX8e

@Crunch_Hawk @chiefs No reason why Alex Smith should be QB…

@chiefs draft a QB and let him start, decades of getting QBs from other teams and no results, I bet most will be ok to sink or swim this way

@chiefs Fire Andy Reid he Dosent deserve to be the head Coach!!!

@chiefs @chiefsdiva69 urgency? put a fork in them and get the #1 pick and get ride of Alex smith.

@chiefs Andy Reid IS the problem!

Well, you get the idea. Fans weren’t happy at all. Articles were written speculating which quarterbacks the Chiefs should draft (bonus cold take in that previous article not including Dak Prescott) and that the Chiefs were the definition of insanity, doing the same thing over and over again.  Here are some more tweets from that time:

Time to tank at take the best QB available Chiefs

This is worse than the Crennel coached #chiefs because this team has the talent to be good..and they are just AWFUL. Horrible team

Is it too early to thank the Chiefs, Ravens, Jags, Lions and Seahawks for participating in the 2015 #NFL season?

You could throw out Brady Quinn right now and beat the #Chiefs https://t.co/431pbgdgSd

While they all wanted the Chiefs to hit the reset button, the Hunt family kept everything intact and dragged the fans kicking and screaming through the 2015 season. Amazingly, something clicked and the Chiefs snapped their five game losing streak against the Steelers. After defeating the Steelers, the Chiefs won 10 more games in a row, including their first playoff win since 1993 when Joe Montana was their quarterback. Their 2015 season ended with the Patriots beating them 27-20 in the Divisional round but the Chiefs got it back and finished 12-4 this season, winning the AFC West and a first round bye.

Which brings us to Colin Cowherd. Not afraid to stick his neck out and make a bold prediction, Cowherd predicted great things for the Chiefs in the beginning of the season. Though, once they lost five straight and were 1-5, Colin admitted he was wrong. That didn’t necessarily happen and Cowherd wound up being right all along. So, this isn’t really a cold take from Cowherd but him admitting he was wrong was. Let’s just call this a “premature cold take” and give Colin props for eventually being correct.

Colin Cowherd was wrong — very, very wrong — about the @Chiefs and the AFC West. @TheHerd #Chiefshttps://t.co/w8VjnhIhh6

This weekend, the Chiefs get to put their feet up and enjoy the Wild Card games. They will either get the Steelers if they beat the Dolphins. Or, the Chiefs would play the winner of Raiders/Texans if the Dolphins take the win. The Chiefs are in a prime position to shock many. It’s going to be a tough road. The Chiefs may have to get past the Steelers, they will likely have to get past the Patriots and then if they get there, face a tough NFC team in the Super Bowl. But considering the Chiefs fell just short of beating the Patriots at Gillette Stadium last year, they could very well get it done this season. Maybe if they do that, they will finally get some respect.