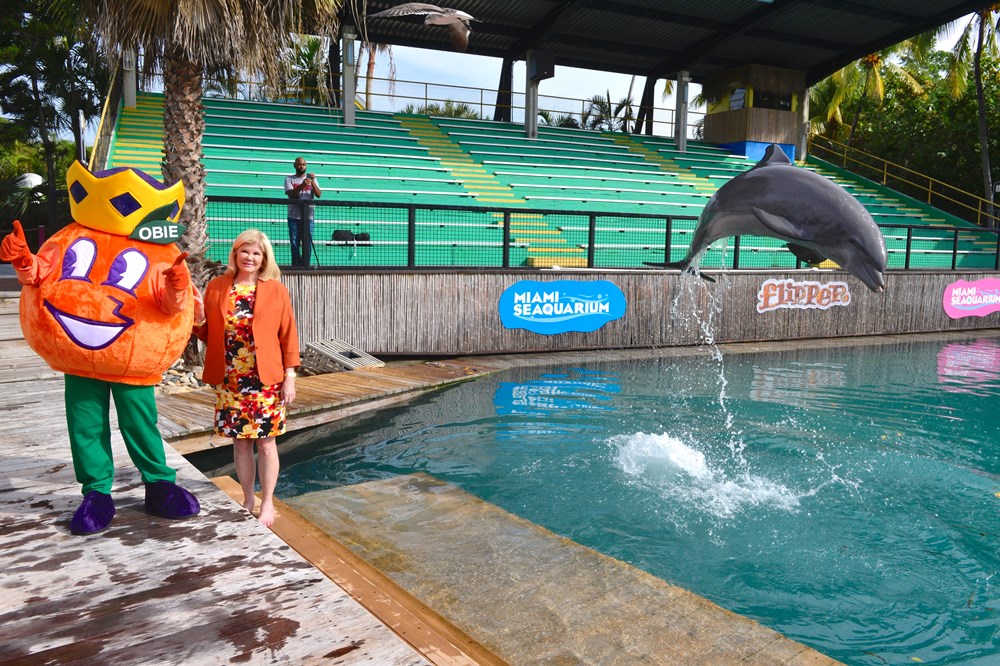 When Florida State beat Michigan 33-32 in the Orange Bowl in Miami Friday night, the Wolverines were not the only ones to notch a loss.  The Miami Seaquarium’s beloved dolphin Flipper’s highly publicized five game win streak in selecting Orange Bowl winners came to end as well, as last Friday he had “picked” Michigan to win…

Flipper has chosen @UMichFootball to win the 2016 #CapitalOneOrangeBowl! He is a perfect 5-for-5 when predicting the Orange Bowl!

Unfortunately, we have learned that Flipper’s so-called “streak” was not as appreciable as it appeared.  Turns out, the standard rules of consecutive game winning streaks that we humans have to abide in counting and maintaining such streaks do not apply to dolphins. Flipper, as happens so often other entitled superstars, was allowed to play by different rules, ones that changed as soon as adversity struck the cherished mammal.

Flipper’s Orange Bowl Game selection streak apparently commenced in 2010 when he correctly picked Stanford to beat Virginia Tech.  In 2011, he accurately took West Virginia to beat Clemson, and in 2012, the streak increased to three games after his selection, Florida State, beat Northern Illinois.

Once the streak reached three games the Orange Bowl, clearly proud of the shrewd dolphin, began publicizing it. In 2013, when Flipper picked Clemson to beat Ohio State,  the Orange Bowl was not shy about lauding Flipper’s “UNDEFEATED” record…

Flipper put his UNDEFEATED record on the line today, selecting @ClemsonTigers as the winner! @MiamiSeaquarium pic.twitter.com/j5v1TeHI1D

Clemson won the game, moving the streak to four games. The next year, Flipper rolled to another win after correctly predicting Georgia Tech to beat Mississippi State in the 2014 Orange Bowl. The Orange Bowl was over the moon…

Flipper moved on to 2015 with his sights set on number six, but the pressure was obviously mounting. Plus, to make things harder, the 2015 Orange Bowl between Oklahoma and Clemson was unique in that it was a College Football Playoff semifinal, as opposed to a traditional bowl matchup between two teams no longer in championship contention.  This may have thrown Flipper off his game, but he ultimately made his choice…

There you have it. Flipper picks Oklahoma to win the @OrangeBowl! pic.twitter.com/ZvMESQRB0z

Oklahoma is the pick! But it wasn’t meant to be.  Clemson won the game, ending poor Flipper’s streak and maybe serving him some humble pie (or fish?). Well, so you’d think. But last Friday, when Flipper’s made his 2016 pick, the Orange Bowl was still touting his undefeated record…

Flipper has chosen @UMichFootball to win the 2016 #CapitalOneOrangeBowl! He is a perfect 5-for-5 when predicting the Orange Bowl!

Wait, what happened to last year’s Oklahoma loss?  It’s like it never even happened. To make matters worse, research discovered that in 2012, on the same day Flipper correctly picked Florida State to beat Northern Illinois to notch his third win of the streak, he chose Notre Dame to beat Alabama in the BCS National Championship game as well. This game was also played in Miami a week after Florida State’s Orange Bowl game…

Alabama ended up throttling Notre Dame in the BCS game. But, despite Flipper incorrectly choosing the Irish to win, the streak somehow stayed intact. In fact, the Orange Bowl has never mentioned the Notre Dame loss since. Thus, it appears that Flipper’s 2015 Oklahoma and 2012 Notre Dame picks have been absolved from being included in the official Flipper Orange Bowl game selection record book. What gives?

Well, the Orange Bowl might have been reminded of these “discrepancies” before it tweeted this explanation…

To note, Flipper is 5-0 when predicting the #CapitalOneOrangeBowl, but 0-2 when selecting the National Championship or Playoff Semifinal.

Apparently a clause in the Flipper selection win streak rules and regulations has conveniently carved out Flipper’s two losing selections. This is very strange because, as you can see above, there was no mention of this rule in the Orange Bowl’s tweets when the picks were made. In fact, in its tweet announcing the Oklahoma pick, the Orange Bowl even asked whether Flipper would continue the streak…

Flipper is about to make his #CapitalOneOrangeBowl prediction at the @MiamiSeaquarium! Can he make it 6 in a row? pic.twitter.com/tyOV6tjh2Q

Looks like the goalposts frequently move for Flipper. At least they did until Michigan’s loss Friday night.  Flipper can’t hide from that. Or could he?  Who knows?

With all this out in the open, one can’t help but wonder, how many total games would the Orange Bowl have claimed comprised Flipper’s win streak if Notre Dame won in 2012 and Oklahoma won in 2015. Sadly, the answer is quite obvious.  With Santa Claus already not being real, this is a huge gut punch.  Let’s do better 2017.