It was announced today that the Columbus Blue Jackets will be the gracious hosts of the 2013 NHL All-Star Weekend. The festivities will likely include the 3rd annual All-Star draft, NHL skills competition, the actual All-Star game and plenty of exhibits for the fans. This announcement comes at a time where the Columbus franchise is struggling on and off the ice. After an offseason filled with trades and spending, the new pieces to their roster haven’t had much success to build on. They currently sit 15th place in the Western Conference and are statistically the worst team in the entire NHL. If their misfortune continues, they will likely be awarded the first overall pick in the 2012 draft.

Since the league awarded Columbus the All-Star Weekend, you can’t help but to wonder if this is a last ditch effort to save the franchise from moving. Not only will this event bring in plenty of economic help to the club, but it could show local government officials that the city can be a vibrant hockey town. According to the Blue Jackets President, Mike Priest, the team is currently working with the local government for a lease agreement that will keep the team in Columbus for another 28 years. Whether or not that agreement will ever see the light of day remains to be seen.

After further evaluation, fans will wonder if Columbus will have any All-Stars to vote in for next year’s classic. During the past two seasons, we’ve seen the host fans vote in their favorite hometown heroes. This year for Ottawa, five Senators were selected to participate in the festivities. Can Columbus round up at least three players to participate? Both franchise forwards, Rick Nash and Jeff Carter, could receive a one way ticket out of town this year at the trade deadline. James Wisniewski, their big splash signing during the summer, has yet to find his rhythm due to the injuries he has sustained this year. The “almost” lock for next year’s All-Star team would have to be the Blue Jackets representative this year – center Ryan Johansen. Also, one would figure that if Columbus had the first overall pick in June’s draft, that forward Nail Yakupov or defenseman Ryan Murray would be contributing to the rookie roster. After that? Everything will be up in the air until October 2012. 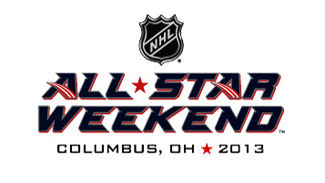