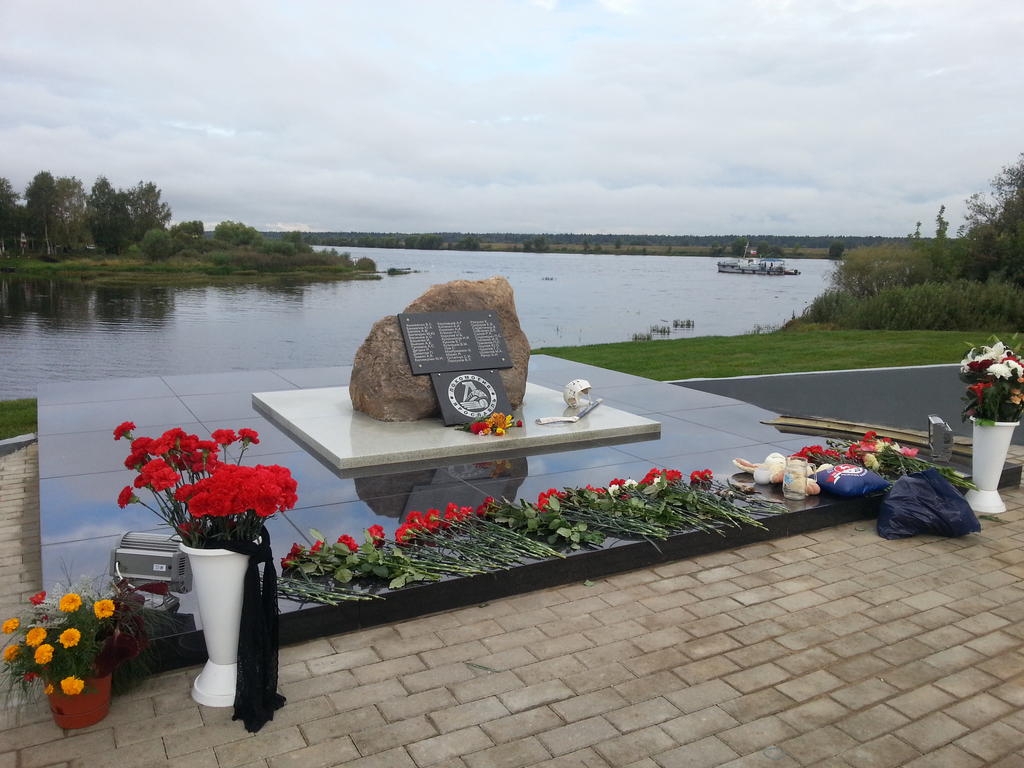 September 7th marks the first anniversary of the tragic Lokomotiv plane crash that claimed 44 lives. As the hockey world mourns, we present you with some of the most moving photos of the memorial services around Russia courtesy of Pavel Lysenkov. He has provided some unforgettable imagery of the first anniversary of one of the greatest tragedies the sports world has seen.

The photo at the top of this article is from the actual scene of the crash. You'll notice a very tasteful memorial has been erected, surrounded by roses and other hockey artifacts. The actual memorial site was set to open at 4:05pm to the public – the same time that the plane crashed.

Perhaps the most touching and most impressive tribute can be found in the Leontyevskoe cemetery below. 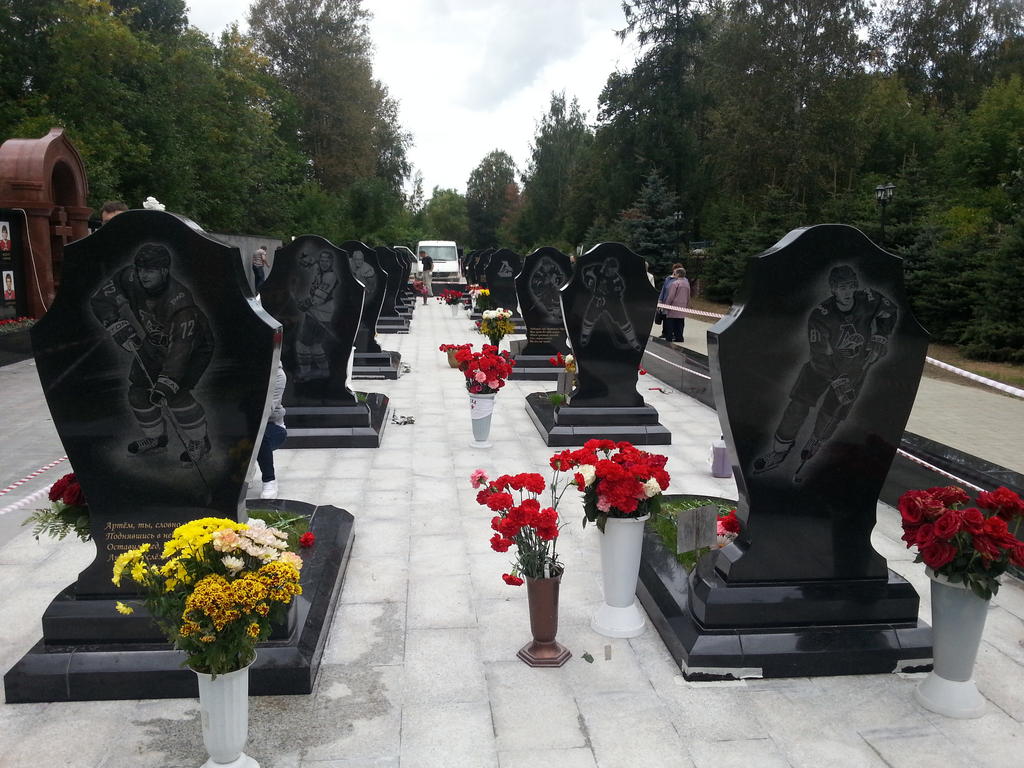 An additional photo of the memorial site located where the plane went down. The location of the first photo in this article can be seen on the far right of the photo below. 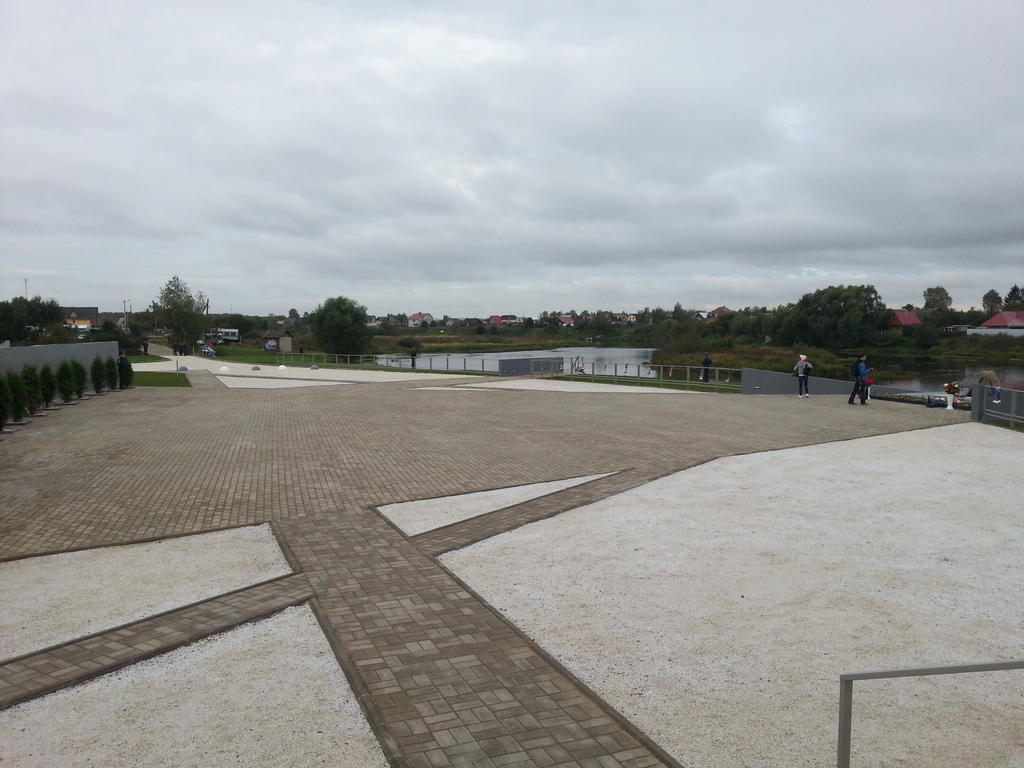 The march of silence in Yaroslavl.

Photos of the fallen players and team staff on the side of the Arena-2000 where Lokomotiv plays. 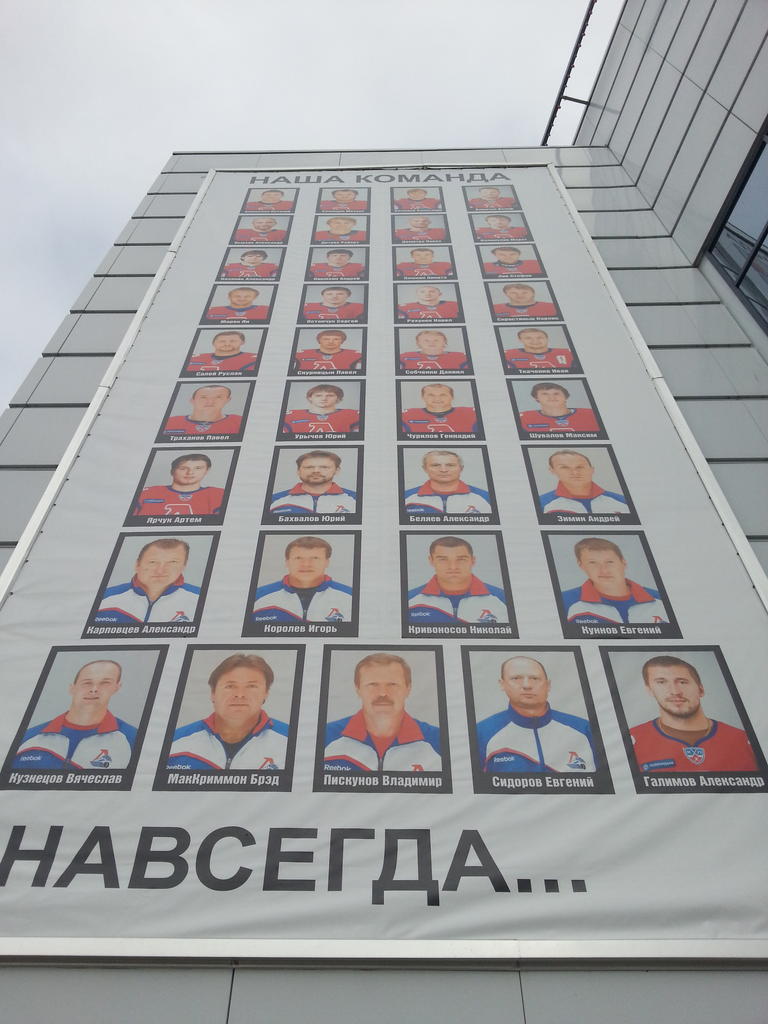 These are just a handful of the waves of pictures flooding in from the memorial sites and services. We ask that you keep the families and friends of the 44 that lost their lives on September 7th, 2011 in your thoughts and prayers.