The 2013-14 season was a rough one for a lot of NHL players. Injuries and lengthy slumps caused a number of players to fall well short of lofty expectations. The 2014-15 season brings a new opportunity for these players to once again find their footing and shake off the failures from the previous campaign. 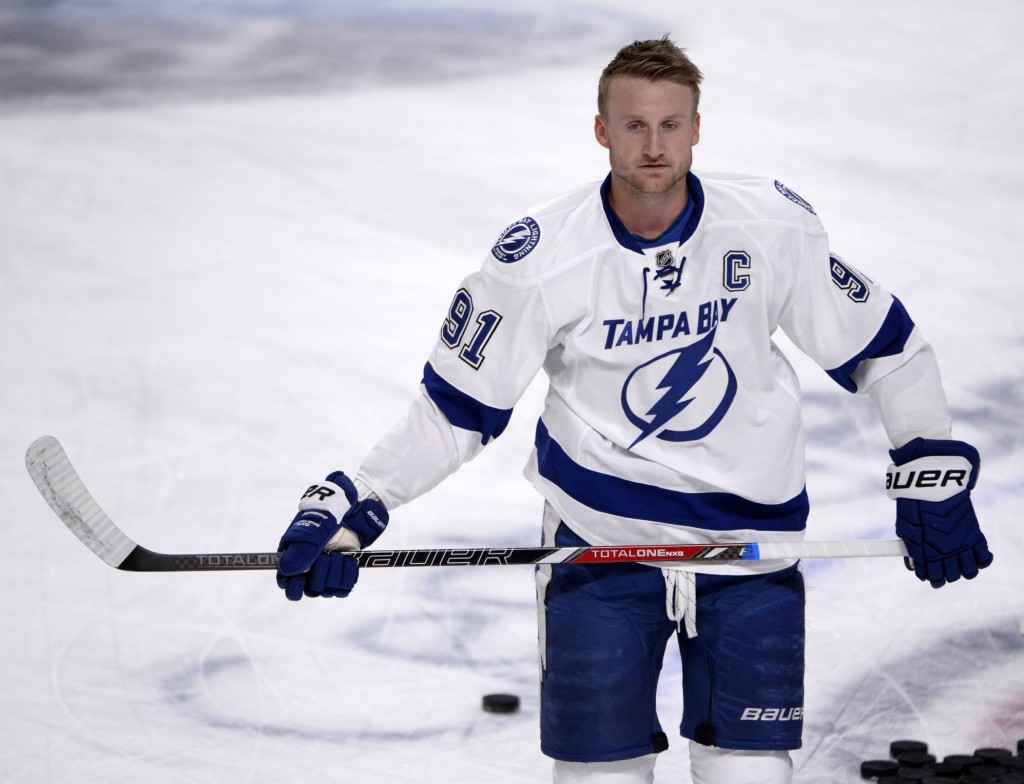 Injuries derailed Stamkos’ year, but he still managed 40 points in the 37 games where he was healthy. That’s a total some players would have loved over the course of an 82-game season, but it’s a disappointing number for a player who is capable of flirting with 100 points.

Stamkos may have long-term plans involving the Toronto Maple Leafs, but for now he’s focused on staying healthy and regaining his form as one of the NHL’s best offensive weapons. 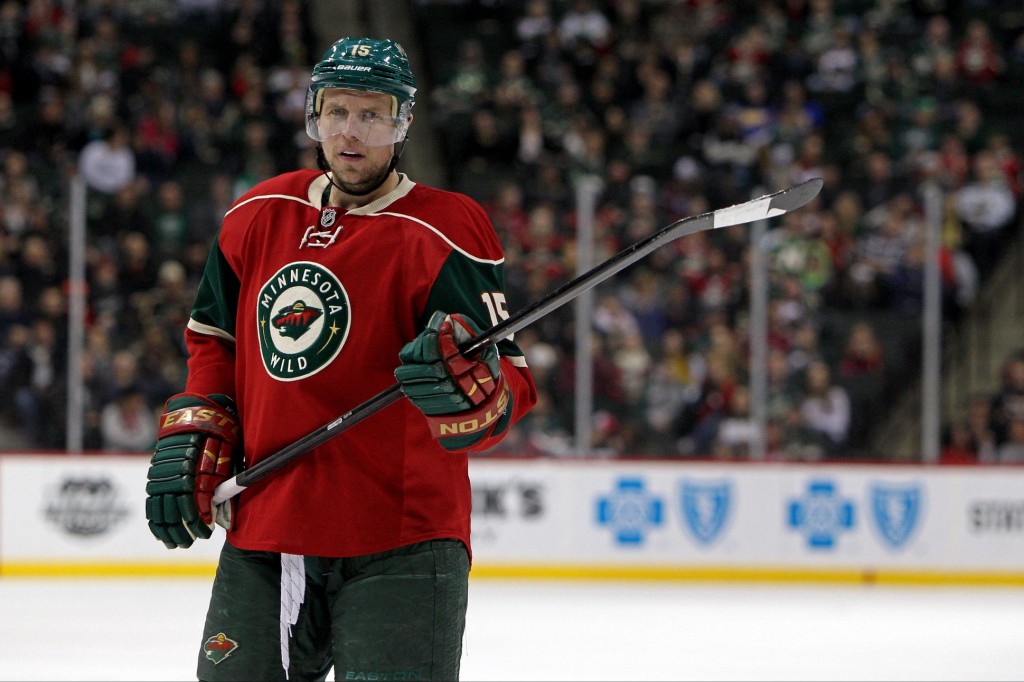 Heatley’s career has been in an ugly downward spiral over the last couple of seasons. Will a move to Anaheim get his career back on track? It should. Heatley was dreadful in 2013-14, scoring just 28 points in 76 games with the Minnesota Wild. He was demoted to the third and fourth line and saw his average time on the ice drop to a career-worst 14:45.

At 33, Heatley’s career isn’t over yet. Anaheim signed the forward to a bargain of a contract and hope he’ll regain his form with a new cast of teammates. There have even been reports that Heatley may see some time on the team’s top line. Look for an improved Heatley in 2014-15. In reality, he can’t get much worse. 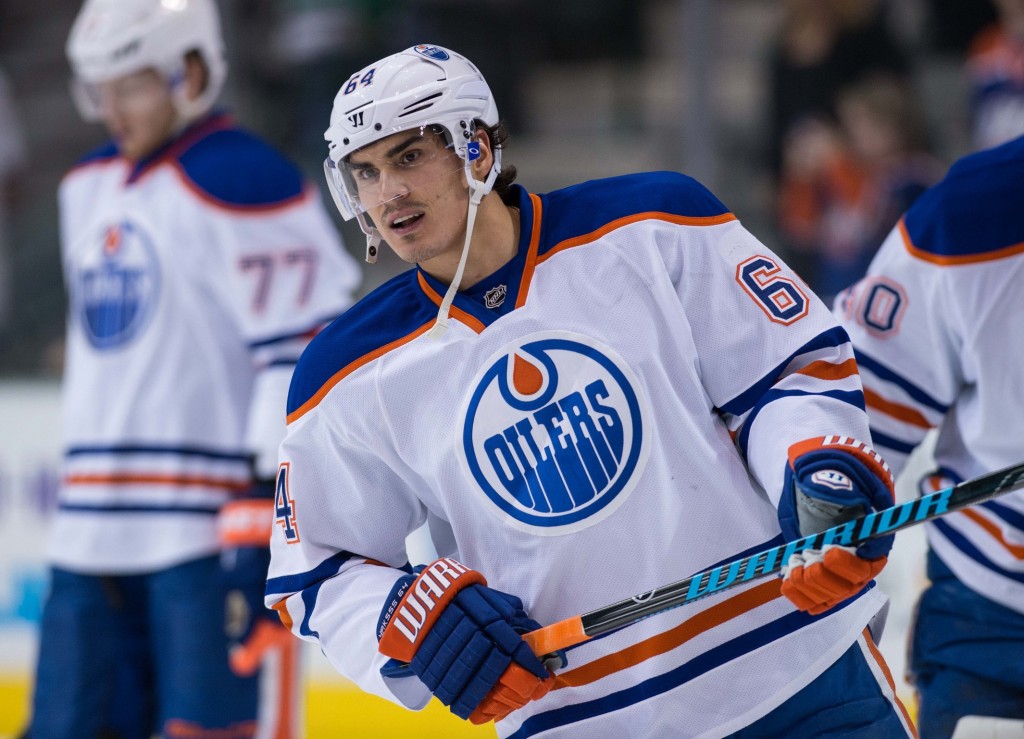 Did Yakupov battle through the dreaded sophomore slump? In his second year in the NHL, Yakupov scored 11 goals and 13 assists (24 points) in 63 games. This was a bit of a letdown after he broke into the NHL with 17 goals and 31 total points in 48 games. His point-per-game pace took a bit hit and at times it looked like Yakupov wasn’t ready for a full 82-game season.

There have been plenty of rumors surrounding Yakupov’s future in Edmonton and his impact in 2014-15 will hinge on where he skates. There’s a decent chance a team with more depth would use him more sparingly while another club may play him in the top-6 every night. Stay tuned. Yakupov has a lot of talent and we haven’t seen all of it. 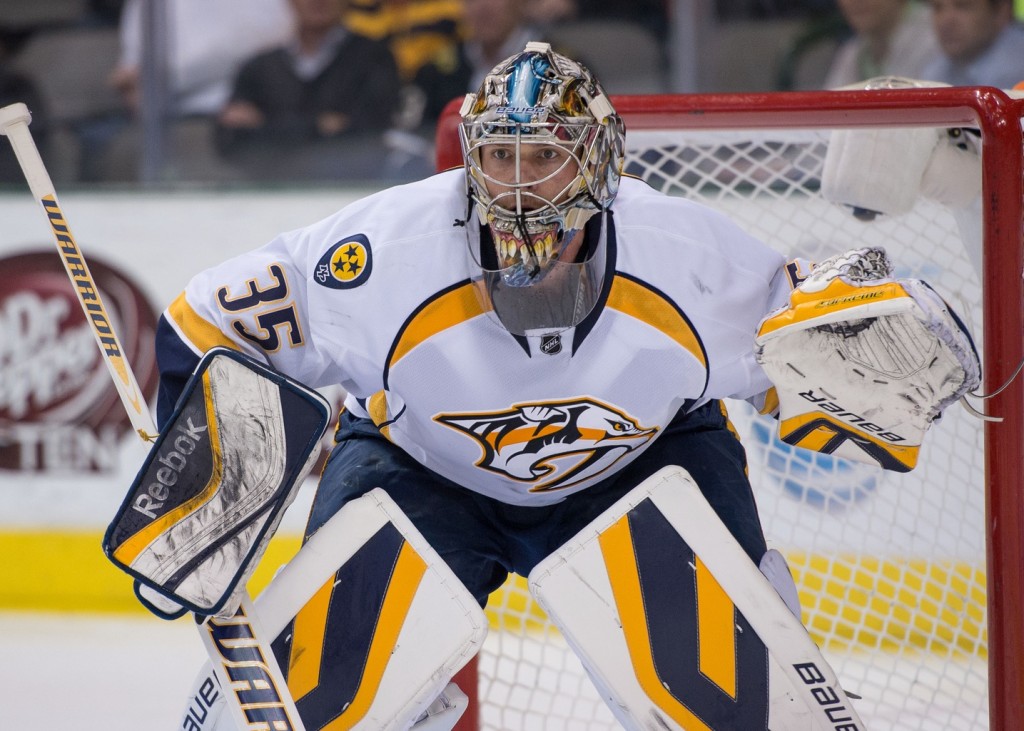 Assuming Rinne’s hip is finally back to normal, the elite goaltender should return to the form which saw him shut down opponents on a nightly basis. Rinne’s 2.77 GAA from 2013-14 is almost laughable and represents his worst GAA since he appeared in the league back in 2005-06 and posted a 3.81 GAA over two contests.

The Predators as a whole may be a solid bounce-back candidate if Rinne is able to maintain his health over the course of a full season. 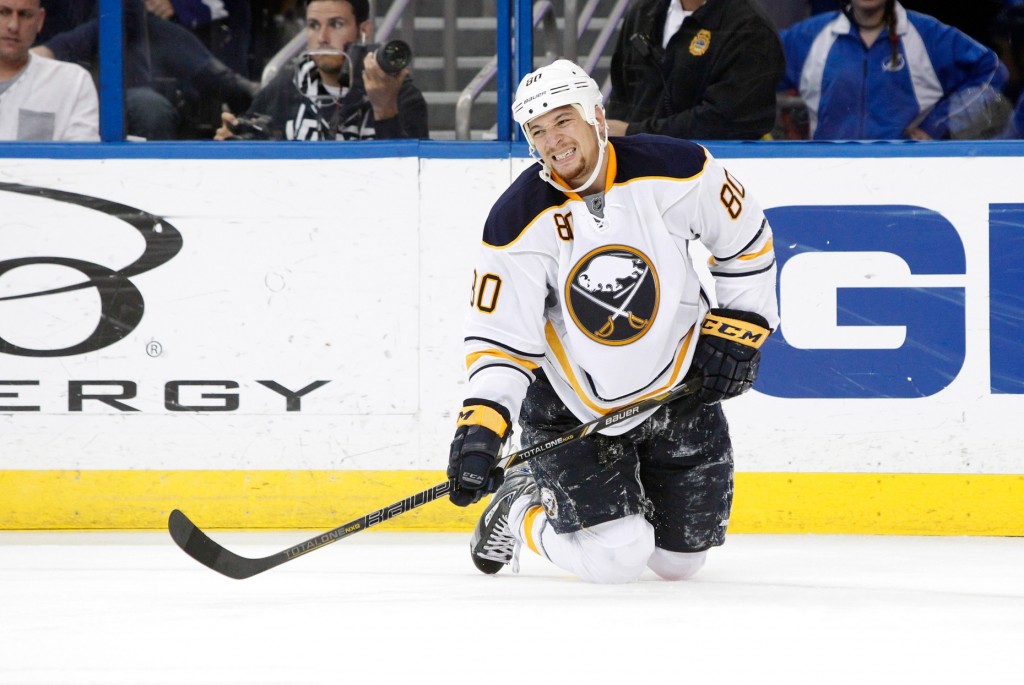 Stewart would probably appear on this list annually if we did it each year. One of these times he’ll really take his game to the next level, right? Maybe not, but Stewart has more motivation than ever (one would think) to prove he’s worth a decent contract.

Will the Sabres trade Stewart? That remains to be seen, but either way Stewart is facing arguably the most important season of his career. As he prepares to skate in the final year of his two-year, $8.3 million contract, Stewart will have to show he’s capable of recapturing his scoring touch. He’ll also have to work harder on defense and take fewer shifts off. It’s doubtful he’ll match or even come close to his 28-goal, 64-point 2009-10, but he should best his 26 points from last season. 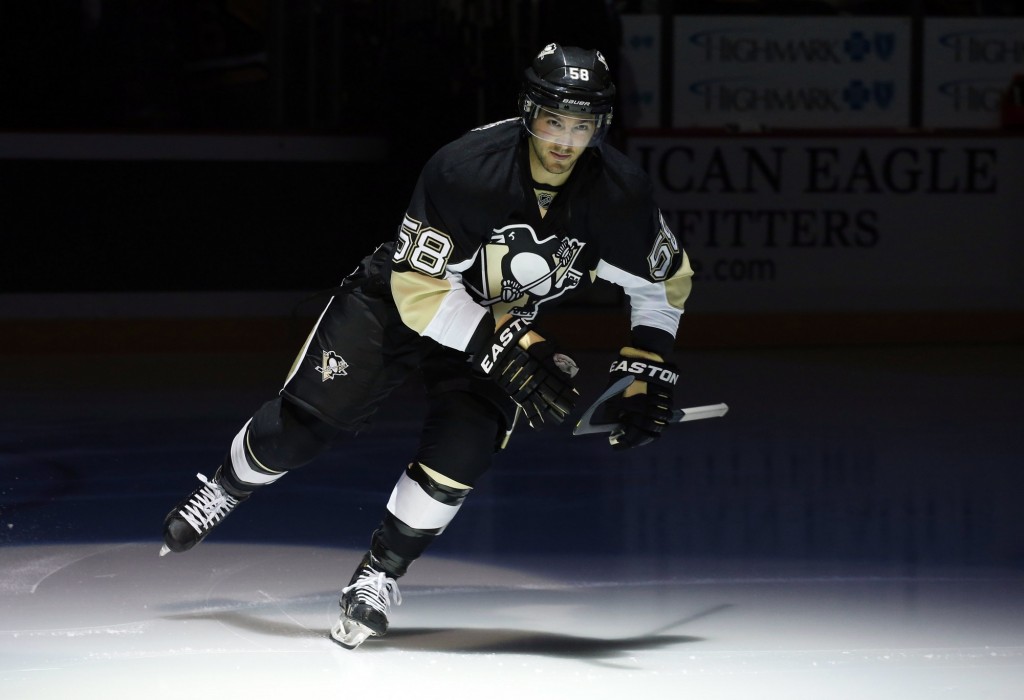 It’s make or break time for Letang. After a 2013-14 which saw Letang skate in 37 games and play some extremely mediocre defense, the pressure is on for him to round out his game in 2014-15.
Step 1 – Stay healthy. Step 2 – Don’t be such a liability defensively. Step 3 – Be the leader the Penguins desperately need you to be on the blue line.

Like many other players on this list, Letang has been at the heart of several trade rumors. It seems unlikely he’ll be moved at this time, but the Penguins can not afford another disappointing year from Letang. If he stays healthy, look for Letang to rise up to the challenge. After all, his job in Pittsburgh is counting on it. 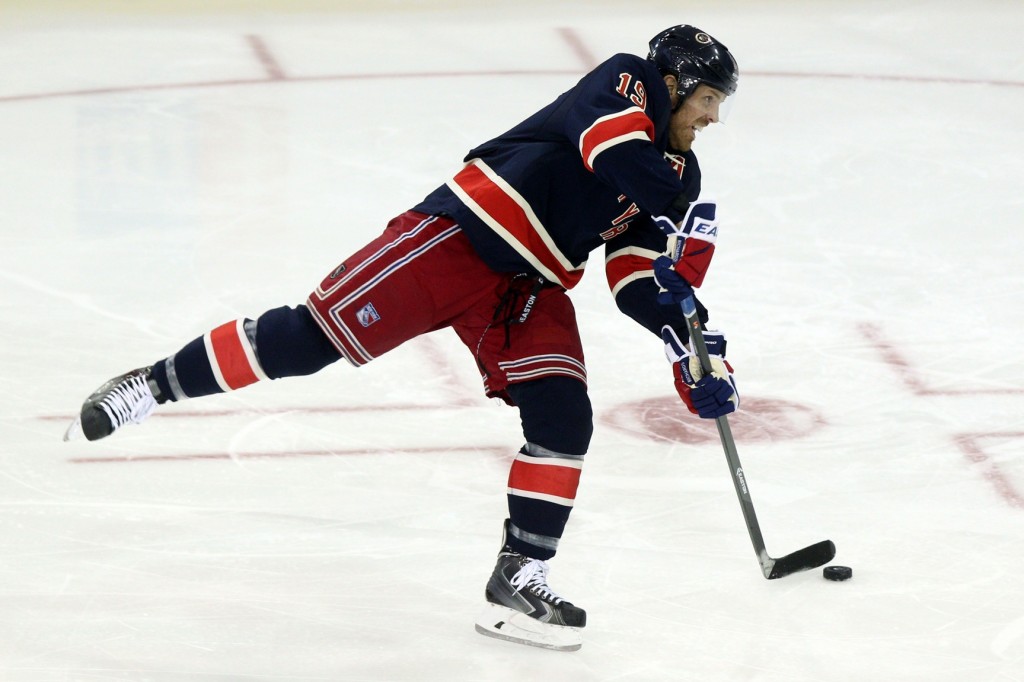 Richards should have a ton of motivation going into 2014-15. He’s coming off of a buyout with the Rangers and he’ll want to show that the Blackhawks got a bargain when they signed him to a one-year, $2 million contract. At 34, Richards is in the final stages of his career, but you have to imagine he’ll enjoy a bit of a resurgence skating as the #2 center in Chicago.

Offensively, Richards wasn’t awful with the Rangers last season (51 points), but he’s pretty far removed from his 91-point 2009-10. Richards may finish with a similar point total, but he’ll likely play a more complete, rounded game due to the talent around him. 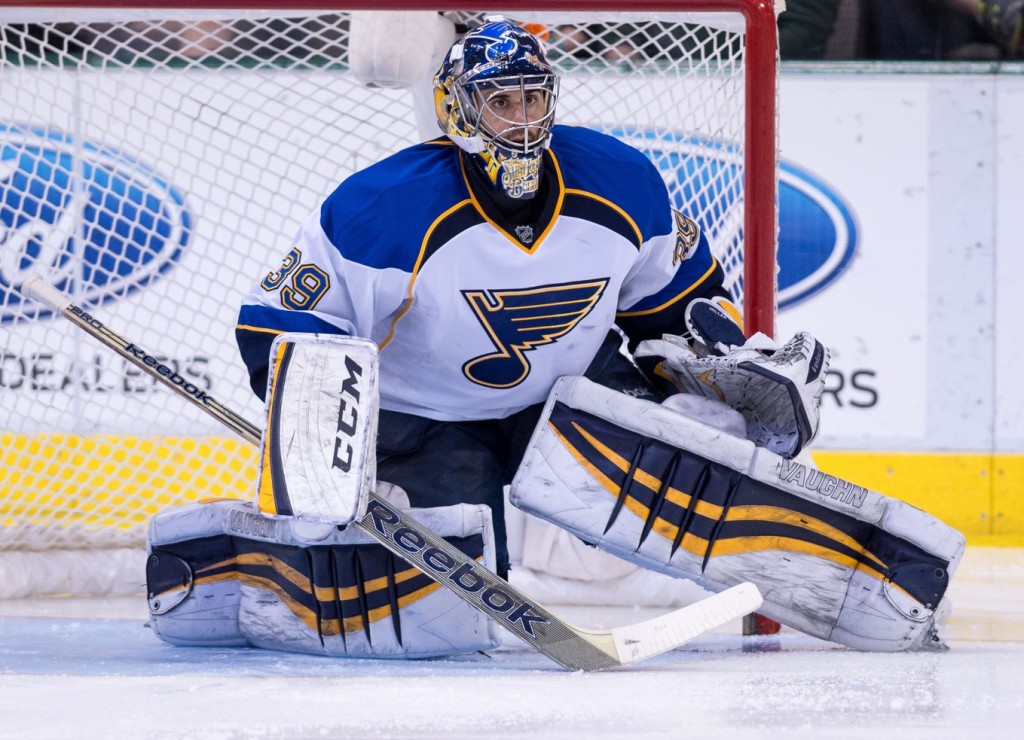 Miller really wasn’t that bad in 2013-14, but he wasn’t able to live up to expectations, some of which were unfair, when the Blues brought him in late in the year. The Blues asked Miller to win them a Cup and anything other than that would be a failure. The Blues tumbled out of the playoffs and Miller was cast as the villain, allowed to walk free as the organization elected to not offer him a contract.

For Miller, the prospect of playing for the Canucks is a welcome one. Even though Vancouver must be a wormhole for odd goalie situations (Roberto Luongo & Cory Schneider, Luongo & Eddie Lack), it should still be an improvement over Miller’s time in Buffalo. 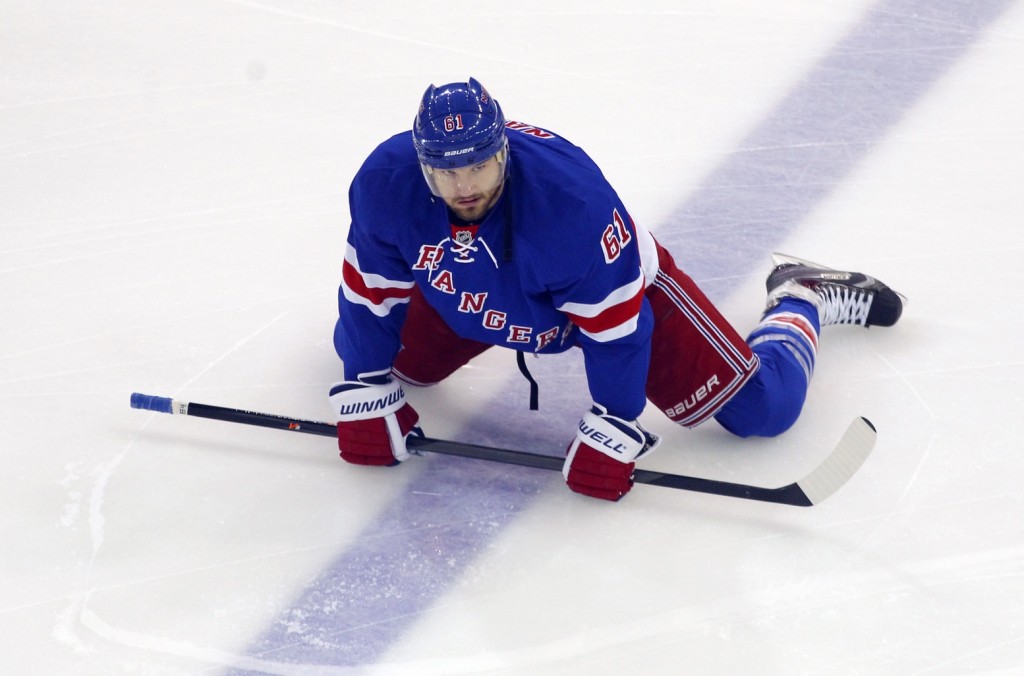 Nash’s career is hanging in the balance. Following a horrible 2013-14 that saw him score 39 points in 65 games, the pressure is on Nash to show that his increasing age hasn’t zapped all of his offensive talent. At age 30, Nash should have some gas left in the tank, but this past season saw him look sluggish and slow out on the ice.

Why will Nash turn things around? Simply because he has to turn it around. Given his large $7.8 million a year contract, Nash has no choice but to crack his slump which has resulted in five consecutive seasons where he has failed to put up more than 67 points. Nash is probably fighting a losing battle, but he’ll have to put on a show if his long-term future with New York and his bloated contract are going to survive the next few seasons. 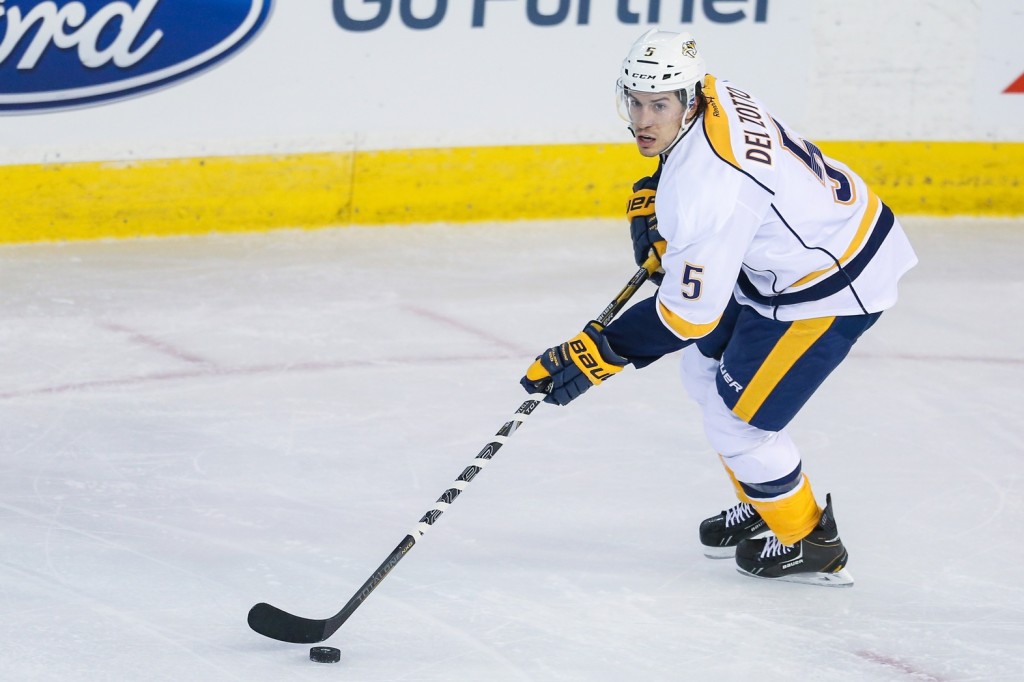 Del Zotto is a man without a team as of the date this article was written, but he’s a very interesting bounce-back candidate when he eventually finds a new home. He struggled between the Rangers and Predators last year, but you could make the argument that he wasn’t in an environment where he could thrive. The Predators were mostly established on defense prior to Del Zotto joining the mix and he often felt like the odd man out.

Del Zotto’s stint as a free agent mixed with a team who can use him in situations which match his skill set may result in a step forward for the young defenseman.