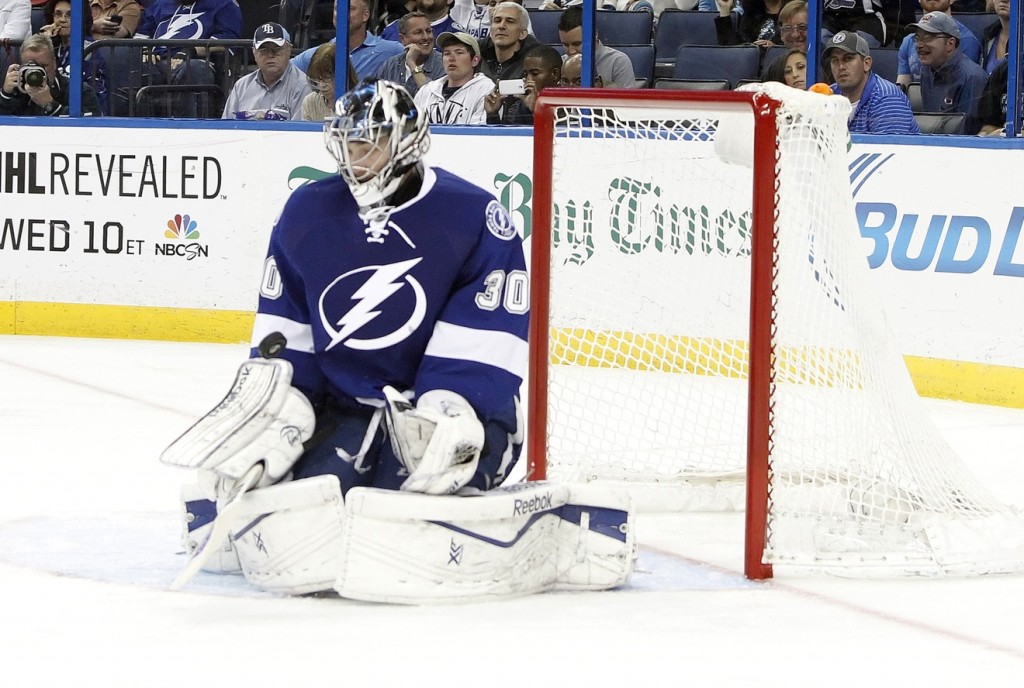 After finishing the year as a finalist for the Vezina and posting 37 wins, a 2.23 GAA and a tidy .924 save percentage, Bishop will have an extremely difficult time matching his first year as a starting goaltender in the NHL. Because he set the bar so high, there’s little room for improvement and the odds are stacked against him to repeat.

Bishop may come out and have a solid 2014-15, but fans will ultimately be disappointed if he isn’t able to repeat. That type of pressure shouldn’t crack the young netminder, but it may cause him to press a bit which might result in an inflation of his stats. 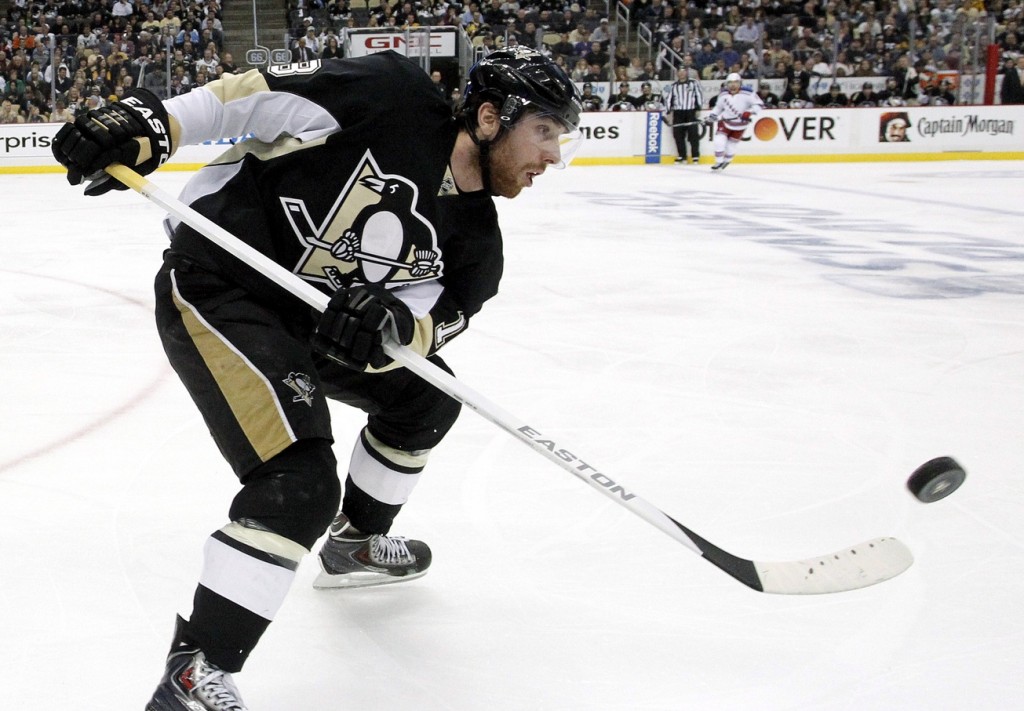 You probably expected to find Neal’s name on this list. The move from Pittsburgh to Nashville should significantly reduce Neal’s offensive production which in turn may result in a disappointing year. There’s really no question that Neal won’t even be in the same hemisphere as his 40-goal 2011-12, but it’s probably pretty unlikely that he’ll match the scoring pace he was on last year.

Through 59 games, Neal chipped in 27 goals and 61 points. That point-per-game pace will be difficult – if not impossible – to reproduce with the Predators. 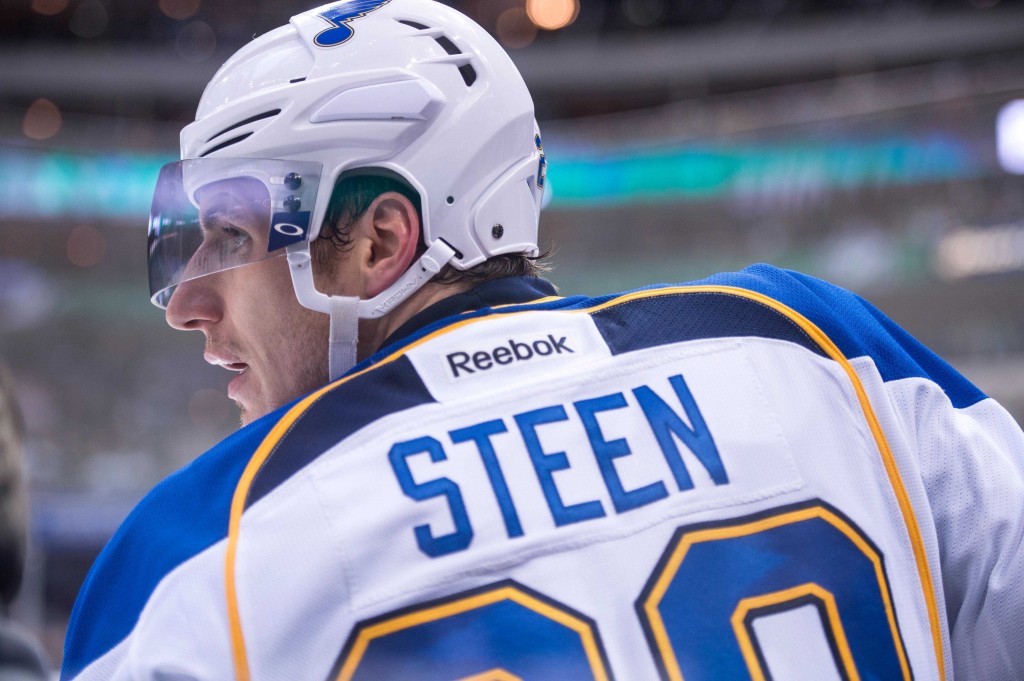 Steen had a tremendous start to the 2013-14 season but faded quickly in the second half. He scored 20 times in his first 25 games, but then managed only 13 the rest of the way. It was clear Steen was on an insane hot streak to start the year, but his crash back to reality may have been a bit more steep than some might have expected. Obviously his 35.5% shooting percentage in October wasn’t sustainable, but missed time due to an injury and a long cold spell led to a fairly quiet finish.

Now that the Blues have a few more offensive options at their disposal, Steen may seen his role change. He’ll still be a major piece of the puzzle, but he may not be asked to shoulder so much of the load. That’s a good thing for the Blues, but it may mean Steen will see a reduction in terms of pure production. 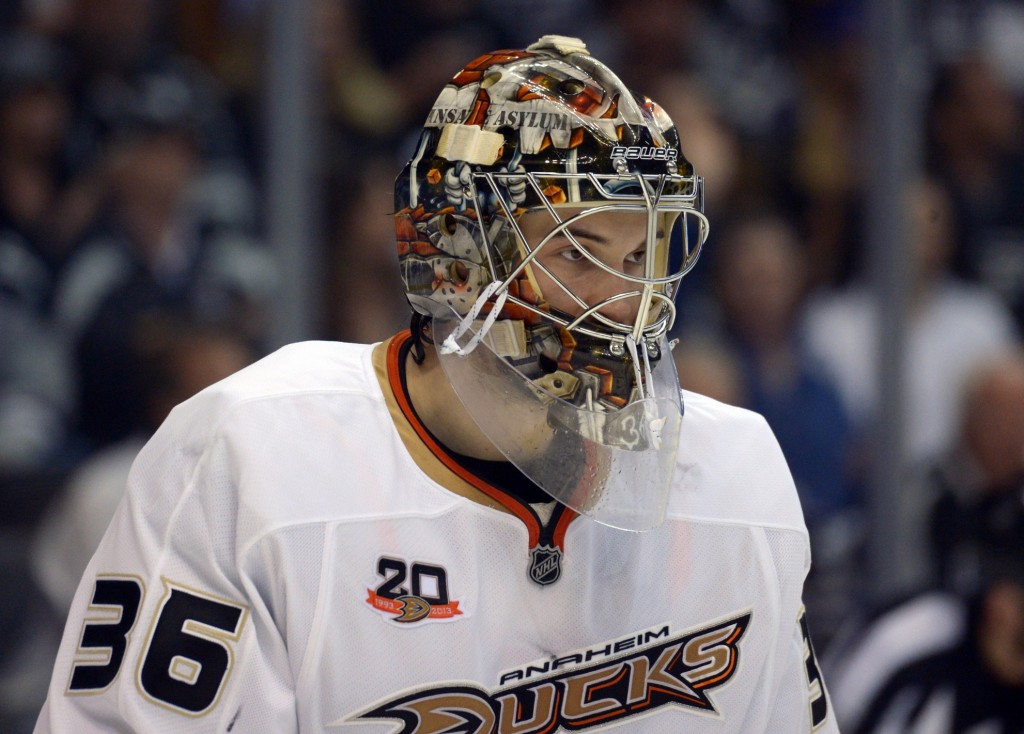 You can go ahead and lump Frederik Andersen in with Gibson. For the Ducks, these two men are relatively big questions marks. The Ducks have an extremely strong roster, but they’ll be calling on two unproven netminders on their quest for the Cup. Both goalies are talented, yet there’s a chance they may stumble under the pressure.

Gibson is a few years younger and may have a higher ceiling. He may turn into an elite goalie, but it’s going to take some time and fans who aren’t patient might be underwhelmed this season. 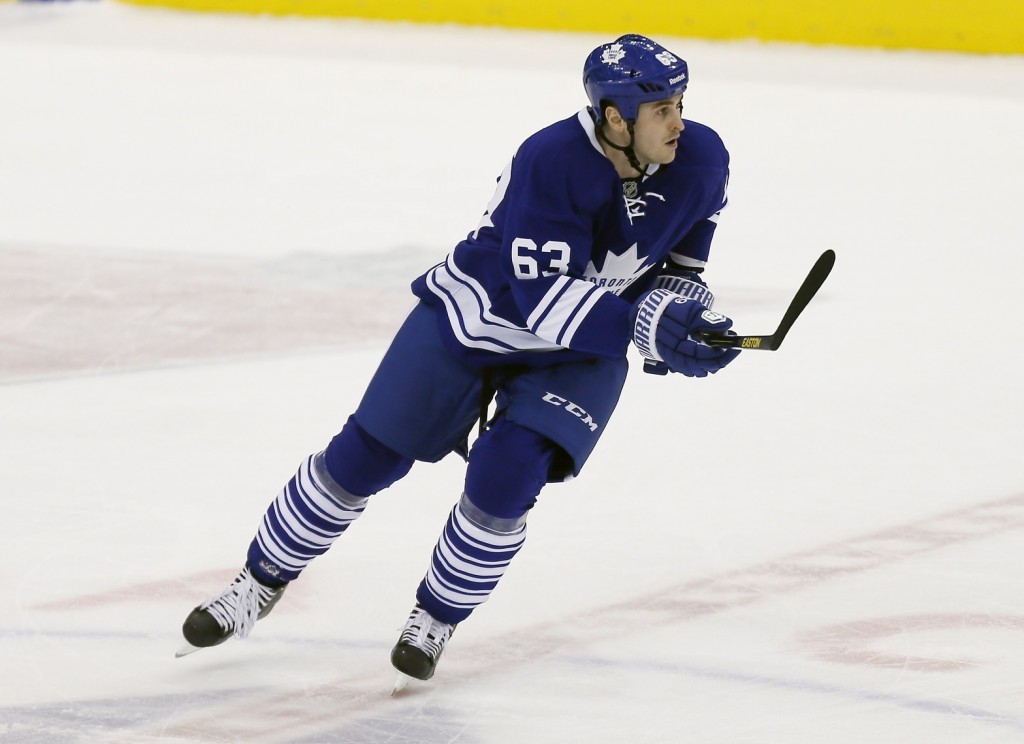 If you think for a second that Bolland will live up to his huge contract, you’re in for a surprise. After receiving a five-year, $27.5 million contract from Florida, it was all but guaranteed that he’d be disappointing Panthers fans for years to come.

Bolland may end up surprising all of us, but from here he looks like a lock to be one of the most overpaid players in the NHL. 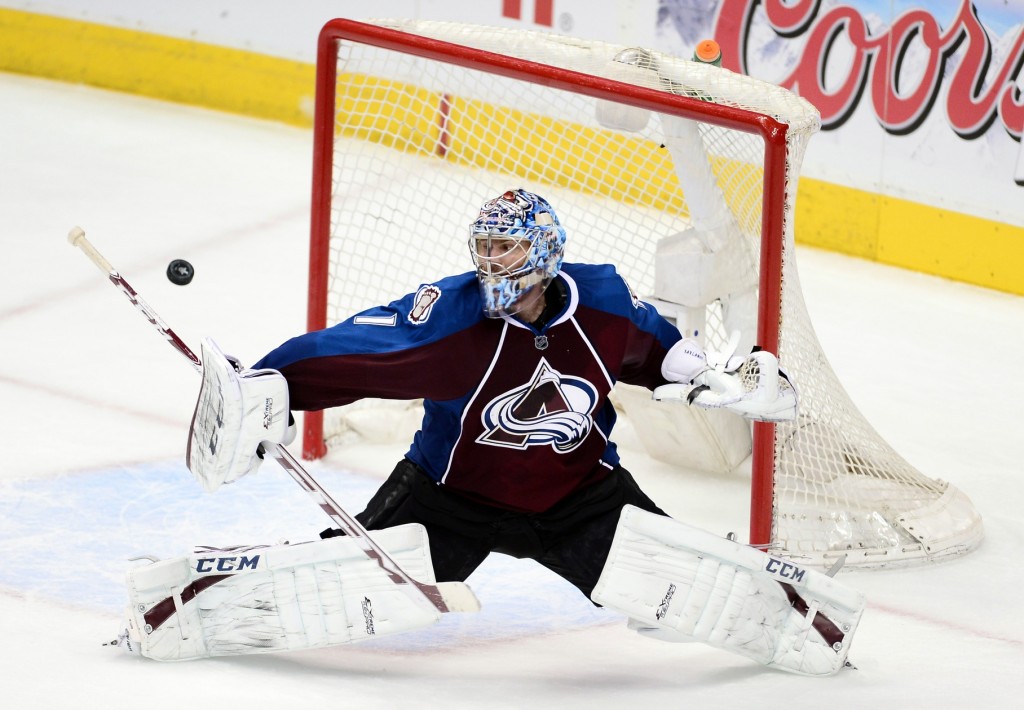 Varlamov enjoyed the best year of his career in 2013-14. His 41 wins dwarfed his previous best of 26 while his .927 save percentage was the highest of his career. The Colorado goaltender was one of the best netminders all season long, and though he slid some in the playoffs, he still ended the year with outstanding totals.

Will Varlamov be able to do this again? Based on his inclusion on this list, you know our answer. We think he’ll still have a solid campaign, but it’s unlikely that he’ll be able to play at that level that consistently two years in a row.

In fact, the entire Avalanche roster may be ready to take a step back in 2014-15. 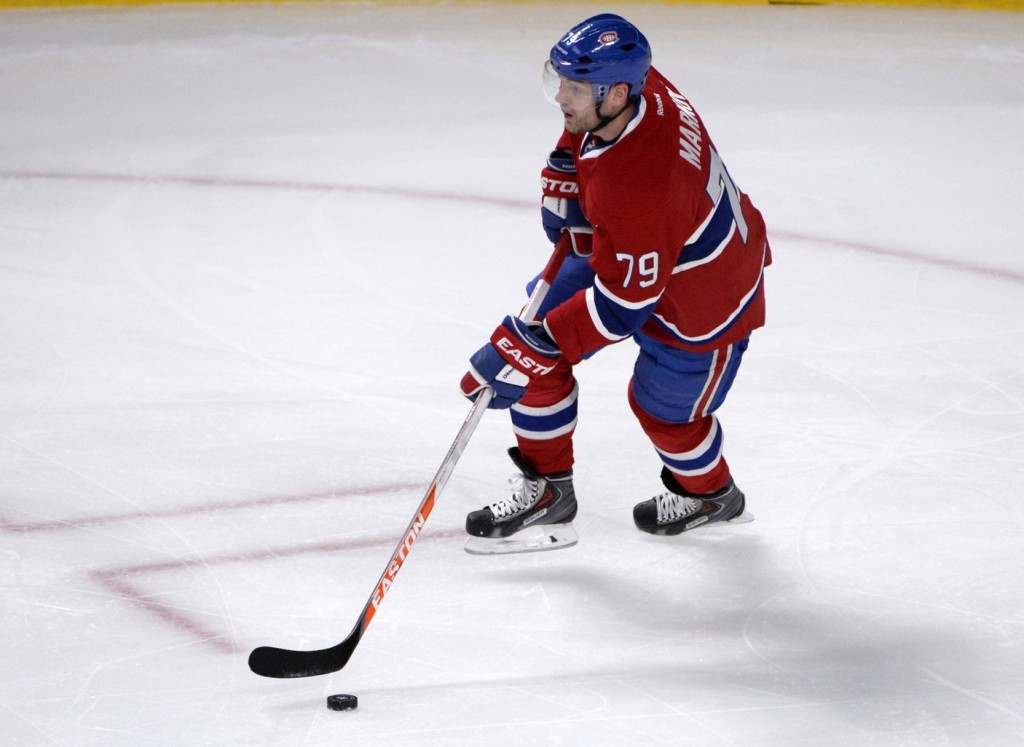 Markov suited up in 81 games in 2013-14 and 48 in 2012-13. That’s a difficult statistic to believe considering his colorful injury history. Last year, Markov seemingly turned the clock back and had his best season since 2009-10. Will he be able to elude the injury bug yet again?

We’re willing to bet that Markov will miss time with some kind of injury this year. He maintained a clean bill of health in 2012-13 and 2013-14, which is an eternity for a guy like Markov.

Aside from the topic of injuries, Markov’s age and the fact his role with the Canadiens is slowly diminishing as the youth takes shape, we’re suggesting he disappoints in 2014-15. 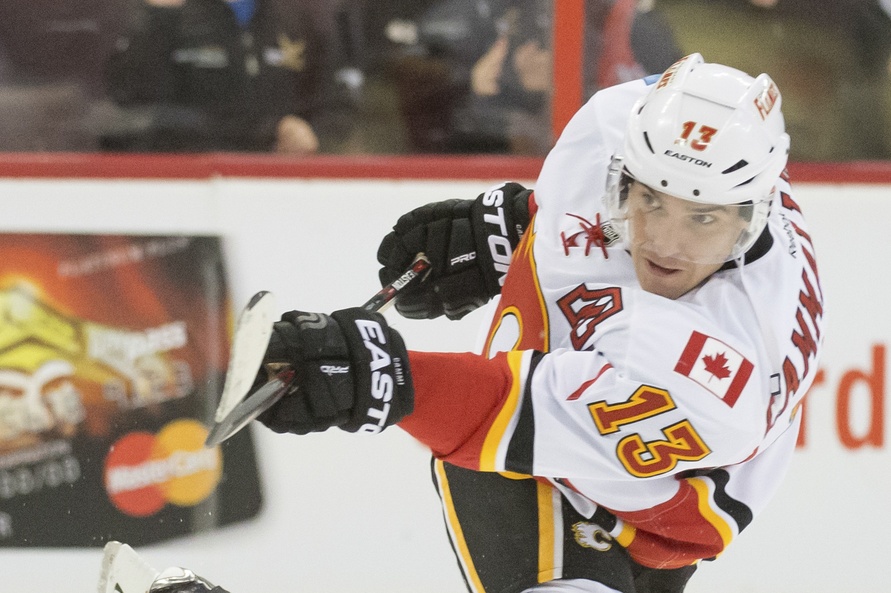 To be fair, Cammalleri still has some magic left and was a nice addition, but some Devils fans may be a bit too optimistic. 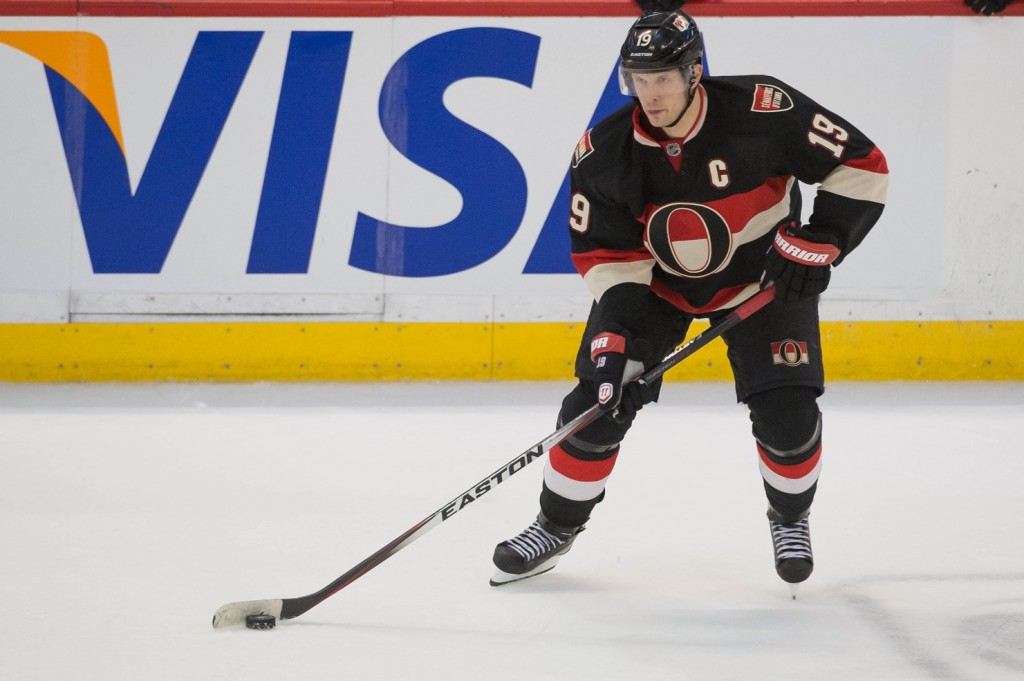 We’ll admit, Spezza may be a bit of a reach. He’s probably going to have a nice year and the Stars are probably going to be one of the teams you need to watch in 2014-15. Still, all of the hype surrounding Spezza this summer inflated his value a bit too high. Teams clamored over him due to the fact he was one of the few options on the market worth splashing out for, but that doesn’t mean he’ll live up to all of the buzz. 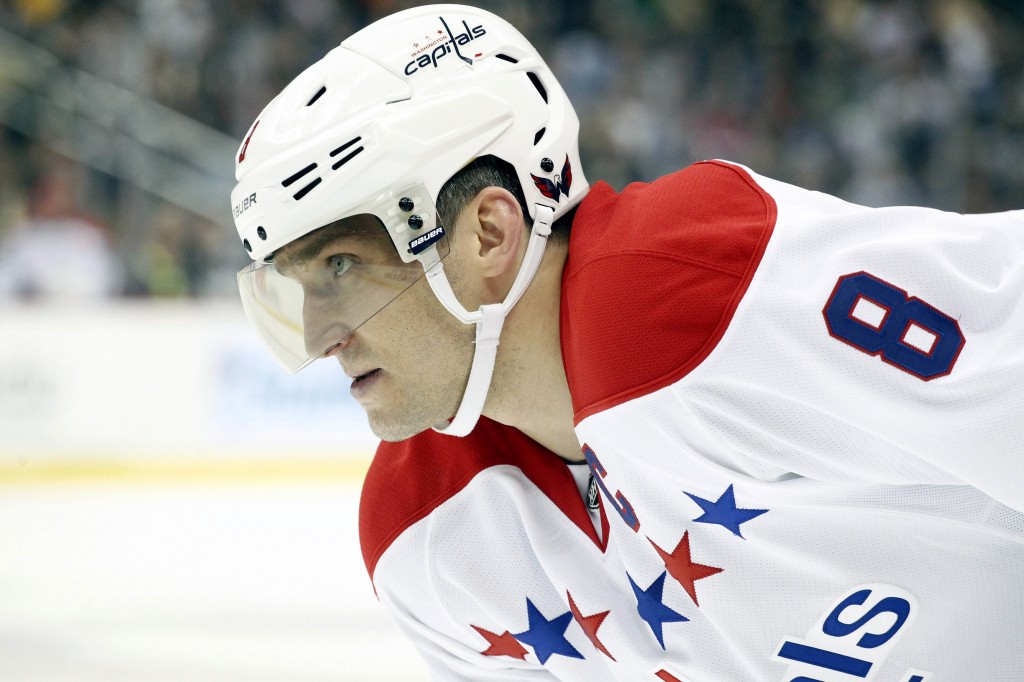 This was a difficult one. Ovechkin silenced his haters in 2013-14 with a 51-goal campaign. We’re not suggesting he’s going to fall of the map. Instead, we’re questioning whether or not he’ll be able to maintain his scoring pace from last season now that Barry Trotz is at the helm. We’ll have to wait and see what strategy Trotz deploys in Washington, but we’re betting there will be a heavier focus on defense.

Like other players on this list, Ovechkin set the bar very high in 2013-14 and he may struggle to meet expectations as Washington tries to change their identity.