The 2014-15 season is in the books. The Stanley Cup has been awarded, and all that’s left is for Patrick Kane to shout something fun into a microphone at today’s parade. Possibly while inebriated, but that’s none of our business. After that, we move on to the off-season where there are some interesting storylines to follow. Here are ten of our favorites:

Where is Patrick Sharp going?

The Stanley Cup champs will soon be in cap mode, and trading Patrick Sharp seems to be the easiest call. What makes this intriguing is that the Blackhawks have always shuffled around spare parts from season to season, but Sharp has been part of the core so this is significant. But his points per game dropped sharply from 0.95 in 2013-14 to 0.65 in 2014-15. Pierre LeBrun of ESPN seems to think the Capitals are a fit.

Where are the Coyotes going?

With the city of Glendale voting to end their arena lease with the Arizona Coyotes, all options are on the table. It’s probable that they will stay in Glendale for one more season before moving on to Scottsdale by way of Phoenix, or perhaps Quebec City or Seattle. But it’s possible that one of those options may happen this season if things become completely untenable between the team and the city. Separate yet related …

How soon will Las Vegas get a team?

Perhaps sooner than you think as the Coyotes are involved in this mess. Vegas has over 11,000 season ticket deposits, well over the goal of 10,000 … so eventually there’s a team coming. And this summer may see the next step in that process, if nothing else. Personally, I would bet on this being an expansion team while the Coyotes move to Quebec with an arena already finished there. 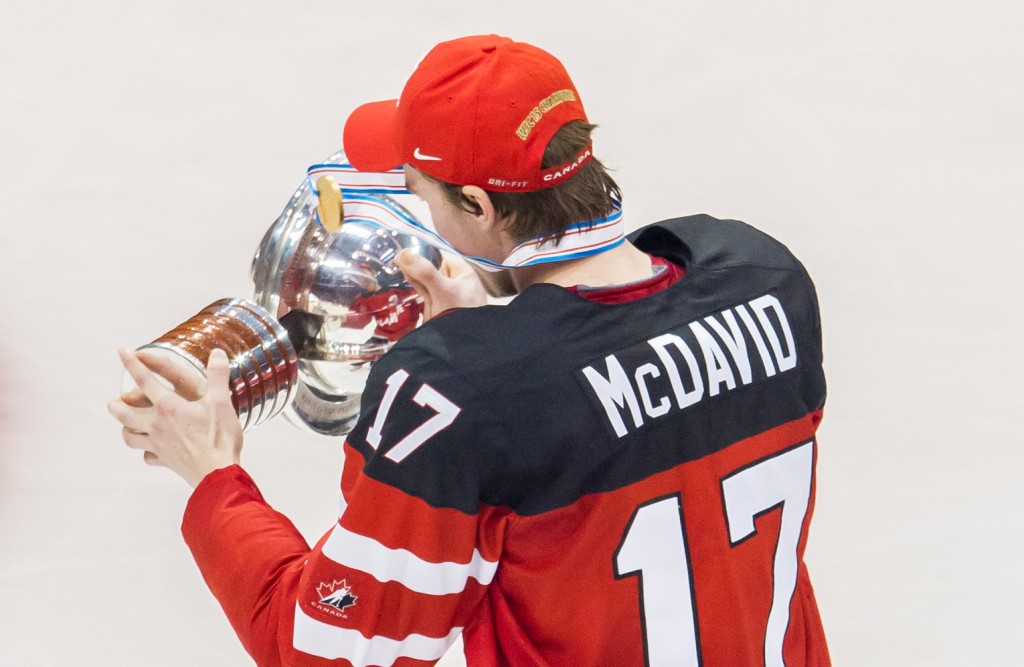 TORONTO, ON – JANUARY 05: Connor McDavid #17 of Canada celebrates with the trophy after a 5-4 win against Russia during the Gold medal game of the 2015 IIHF World Junior Championship on January 05, 2015 at the Air Canada Centre in Toronto, Ontario, Canada. (Photo by Dennis Pajot/Getty Images)

The Edmonton Oilers … what now?

Connor McDavid will no doubt be the fourth number one pick for the Oilers since 2010, joining Taylor Hall, Ryan Nugent-Hopkins, and Nail Yakupov. With Todd McLellan, we could see some sort of shift in philosophy where one of the previous three will be used in a trade to shore up defense or goaltending. They could also be in the mix for Rangers goalie Cam Talbot, with reports having the Oilers possibly willing to give up their other first round pick … 16 … for Talbot.

Will Phil Kessel escape from Toronto?

There seems to be some major interest in a Phil Kessel trade from around the league as Kessel has listed eight teams that he would accept a trade to. This seems to be a marriage made in hell and I would be shocked to see Kessel in a Leafs sweater come September. The most delicious rumor would be a return to the Bruins, back to play for the fan base that once chanted “Thank You Kessel” for the players he brought back in trade. (Of note is that of the eight teams Kessel would accept a trade to, only one Canadian team made the list: Montreal.)

Will Colorado finally rid themselves of Ryan O’Reilly?

As detailed here already, the Colorado Avalanche are seeking a top flight defenseman for Ryan O’Reilly. Will they get the offer they want for him? Thinking out loud, but the Islanders are a team to watch as they have a few young defensemen close to ready to make an impact. Would, say, a deal built around Griffin Reinhart or Ryan Pulock be enough to get O’Reilly to be the second pivot behind John Tavares? Food for thought. 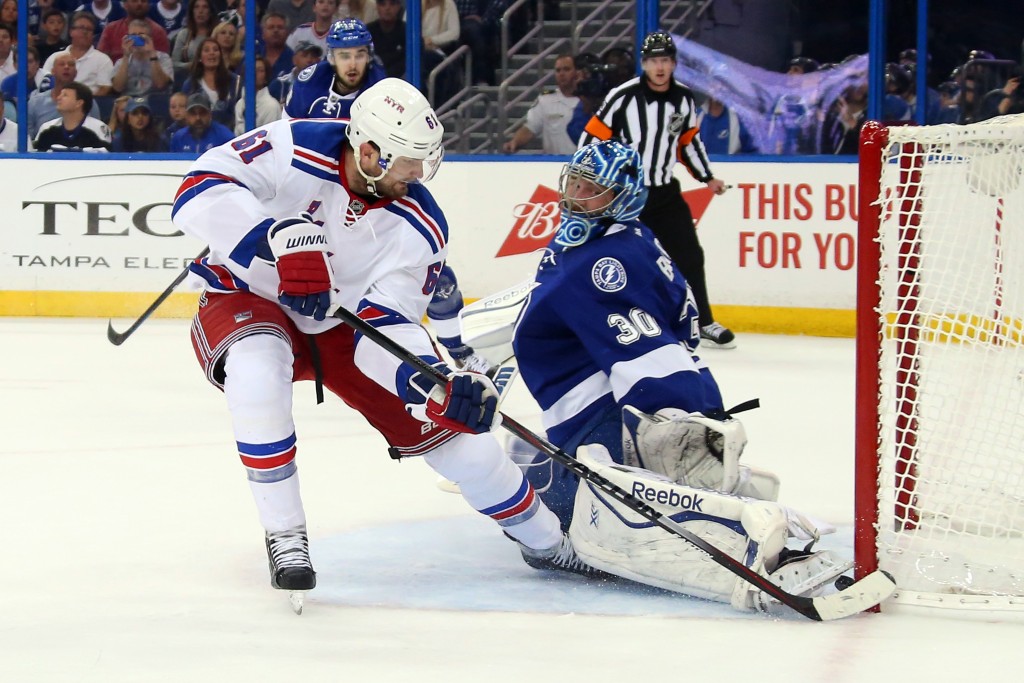 TAMPA, FL – MAY 22: Rick Nash #61 of the New York Rangers scores a goal during the first period against Ben Bishop #30 of the Tampa Bay Lightning in Game Four of the Eastern Conference Finals during the 2015 NHL Stanley Cup Playoffs at Amalie Arena on May 22, 2015 in Tampa, Florida. (Photo by Bruce Bennett/Getty Images)

There have been rumors upon rumors upon rumors regarding whether the Rangers would trade Nash and his huge contract to get some cap relief and perhaps change the make up of the team. While it bears watching, I think the Rangers like what he brings to the ice in terms of his all round game, and would probably be more likely to trade for some help for Nash rather than tear it down, especially when Nash’s game disappearing in the playoffs in stretches can be traced to Martin St. Louis playing his age, and the injury to Mats Zuccarello.

Can the Lightning re-sign Steven Stamkos?

With all the attention focused on the Triplets during Tampa Bay’s run to the Stanley Cup Final, it’s Steven Stamkos that makes the engine run. So with Stamkos ready to become a UFA in the summer of 2016, it would behoove Steve Yzerman to get something done now. Now … or else those pesky rumors such as “Stamkos to Toronto” rumors will only gain steam.

What about the Pittsburgh Penguins?

After two disappointing playoff exits in the last two years, speculation is rampant about a youth movement in Pittsburgh. It will be interesting to see how far it goes for the Penguins, and whether Evgeni Malkin would be involved somehow in this movement as a trade chip. Chances are … no. But there were strange rumors about Gretzky being traded from Edmonton too.

What will the salary cap be?

A good portion of the above might be predicated on where the salary cap will be. Gary Bettman has long predicted it would be around $71 million. But there is speculation that it could go down if the players get their way. So if that happens, all of the rumors above could be heightened and throw the whole league into chaos.