Trying to find the best and worst of hockey in one convenient and weekly column? Does this column sound too good to be true? Who is this guy and why is he asking me these questions? Luckily I have answered all of your prayers and will be giving you the rundown each Wednesday. If you think I missed anything feel free to email me at sblaze17@gmail.com.

Luongo can be found often goofing around on twitter but it seems some of his goofiness is moving onto the ice as you can see in the vine above. When you live in a warm weather locale and your team starts to win you may do a crab shuffle too. Keep doing you, Roberto. 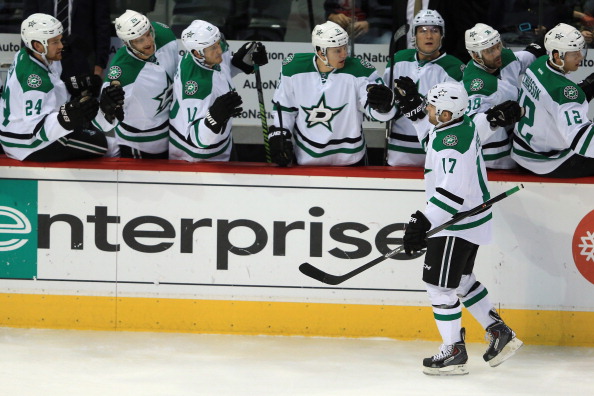 DENVER, CO – OCTOBER 15: Rich Peverley #17 of the Dallas Stars celebrates his first period goal with his teammates against the Colorado Avalanche at Pepsi Center on October 15, 2013 in Denver, Colorado. (Photo by Doug Pensinger/Getty Images)

As a Blue Jackets writer, as well as a writer for PDL I watch as much hockey as I possibly can, a game that will permanently be ingrained in my brain is the game in which Peverley collapsed, a Blue Jackets game against the Dallas Stars last March. In a sport normally known for its high octane play and raucous atmosphere, the somber nature displayed not only by the players but the fans in American Airlines Center that evening was chilling. Sitting at home watching the broadcast you could no longer watch the game as a biased observer, your fandom didn’t matter anymore, you were brought together as human beings wishing for the best for Peverley. When I saw this article on Wrong Side of the Red Line I absolutely knew that I had to add it my column, whether or not he returns to the Stars as a player isn’t what matters. What matters most is Peverley is once again around the game he loves and for that we are all grateful.

Look at this garbage hit by Kulikov on Seguin. https://t.co/fSjGk0ZmA5

Not a whole lot has to be said about this hit. It isn’t good. It shouldn’t be in the game and was poorly executed. Which brings up a valid point to many in the hockey community, should these large swinging hip checks be allowed in the game at all? Justin Bourne states his case in pretty convincing fashion:

I wonder the NHL would look at making human flipping hip checks illegal at some point. Seems like almost every outcome is dangerous.

Though, probably no need, given that any hipper that flips a guy is probably too low and punishable.

Skates are in the air, heads can hit the ice, knees/ligaments can be snapped … really anyone who goes low for one is playing recklessly.

While a properly used hip check can be devastating to the victim does the risk outweigh the reward with this type of hit ? The increased speed of players and the game itself has shown more often than not that it is getting harder and harder to time these type of hits perfectly. What say you, the reader?

Best: An ode to Sergei Bobrovsky

While Bobrovsky’s year has been muddled with injuries, it seems that he has found time to be a muse for a punk band awesomely titled: The Hextall’s. The song’s title you ask? “Who’s The #1 Cop”. If you are asking yourself who the hell the #1 cop is, let former TSN broadcaster and current Fox Sports brodcaster Jay Onrait refresh your memory

The Hextalls song can be found here. I am sure multiple other players could have songs named after them as well, Claude Giroux could inspire someone to write a song about grabbing rear ends or maybe Evander Kane’s most recent drama could give a struggling singer a chance to sing about wet clothing. We can only hope folks.

When you are young, handsome and wealthy, you may very well find yourself to be the apple of someone’s eye. Seguin and Benn decide to take it a little further this Valentine’s Day and tell their mothers that they have been seeing someone in secret and will soon be proposing. Hilarity ensues and more than a few memorable quotes are uttered. The leader in the clubhouse?

“Don’t let me get married! Why would you let me propose at twenty three?” Absolutely amazing. 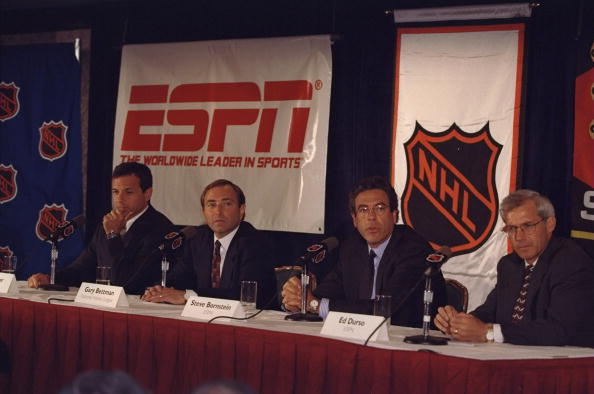 Although ESPN has recently acquired the rights to the World Cup of Hockey in 2016, they apparently don’t believe it deserves any more coverage then they are currently giving it. Ben Koo, our fearless leader at Bloguin, pointed out that with no other “Big 4” sports playing that evening, that not one single NHL game highlight was shown.

I expect more from the world wide leader but as we inch closer to the World Cup of Hockey, we have to ask ourselves. How will ESPN prioritize the NHL moving forward and will they be hesitant to pump the tires on a sport that’s broadcasting rights are currently owned by NBC until the 2020-21 season? A tough line to toe for ESPN but in this case it looks like the only way it can go is up.

Best: Hockey at the Great Wall of China 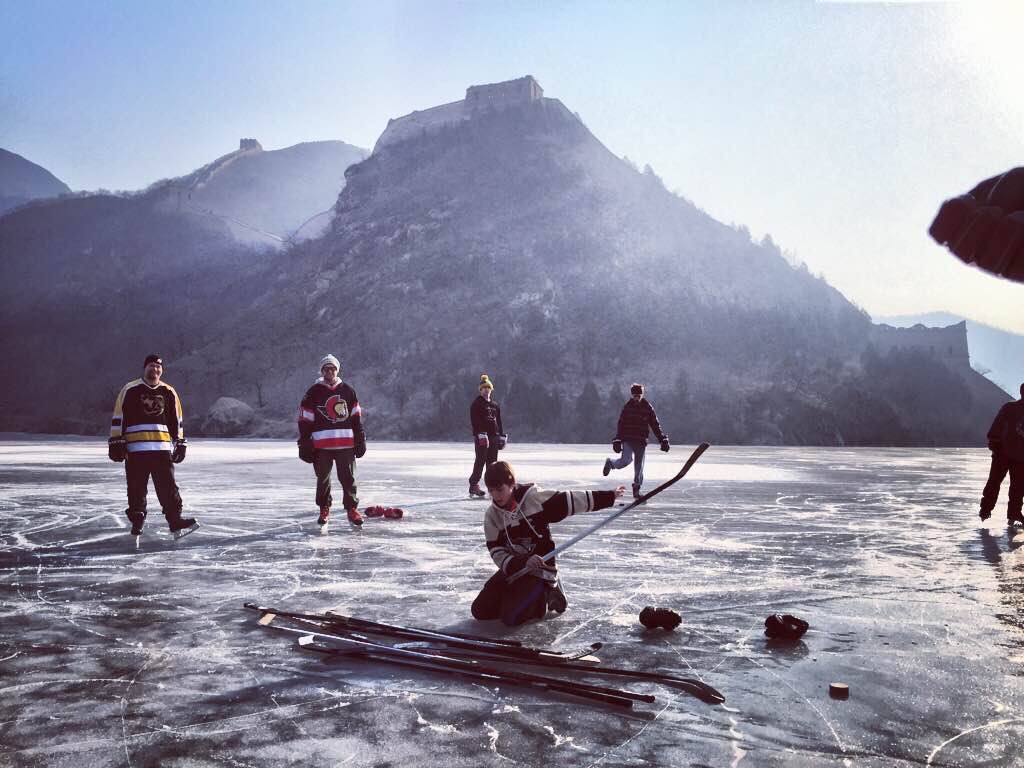 No words. Complete awe. With visuals like this it should be no problem for the NHL to break into the Asian markets, eh? Now when is the timetable for the Winter Classic outside “The Great Wall”?

This is a really personal and worthy tribute to Steve Montador from @wick_22. http://t.co/S3xKIC7WFE

Said in a way only a close friend can, this tribute to Montador shows what many inside and outside of hockey knew about him, he was a great, great man.

I guess it was nice for them to support the LA Kings? This made me feel forlorn for Leafs nation more than anything else, get these people some help! Leafs management seems to think a full rebuild is in order for the Leafs, a devastating blow to fans who haven’t seen a Stanley Cup since 1967. Are they so fed up that they are now turning to other teams to cheer for? I mean at least they have Brandon Leipsic, Olli Jokinen and an unnamed player yet to be drafted in the first round in the 2015 draft to look forward to right? Oi vey.