When it comes to trade deadline day in the NHL, every team is looking to improve itself in one way or another. Whether it be through an instant impact player or possibly selling off your players of value to get help come draft day. Either way your team needs to come out ahead. Following are the players your team should be avoiding. All metrics run from 2012-13 to present day. 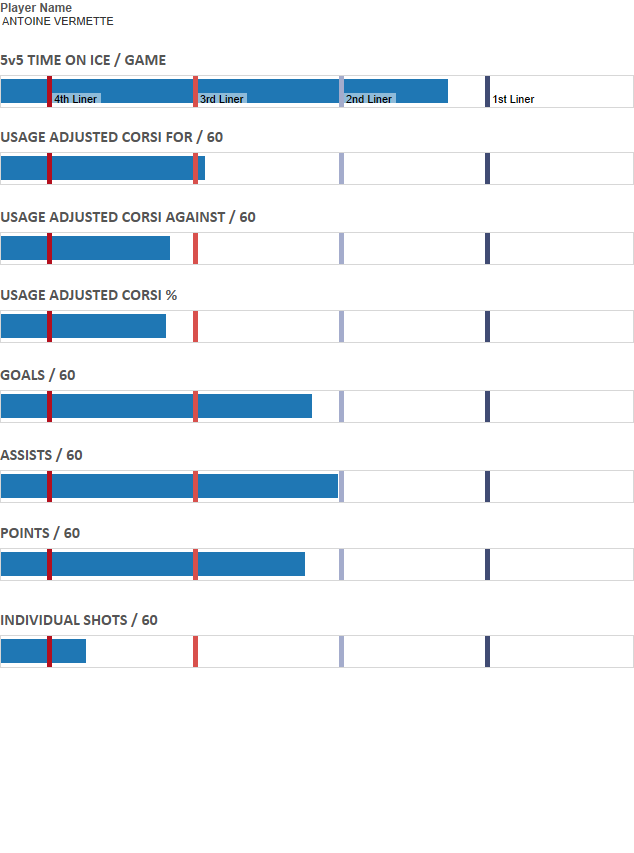 As you can see in the graph above, Vermette, while highly coveted, doesn’t meet the expectations that many are seeking from a number two center. His ice time which pairs very closely to first line minutes should lead to him finding more points at even strength than what he is currently giving the Coyotes. It has been reported that Vermette could fetch a first rounder and a prospect come trade deadline time. His contract is expiring as well; this is someone that many contenders shouldn’t mortgage the future for. 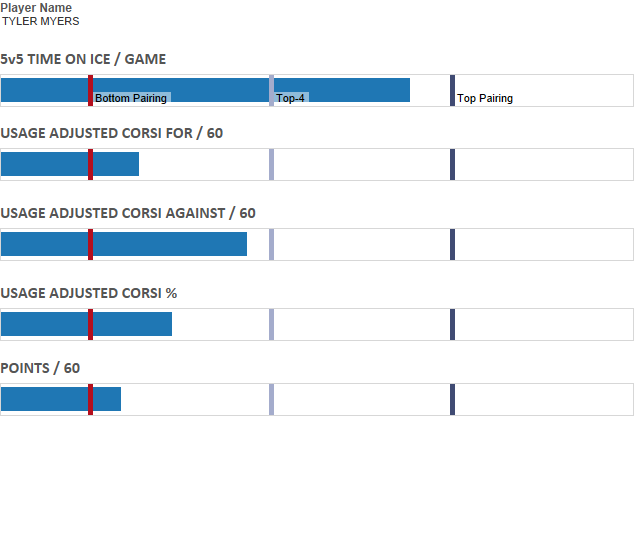 Myers, who has had his name thrown around seemingly every deadline since he won the Calder Trophy may be sticking in Buffalo for good reason. While getting nearly top pairing minutes, he has not proven to be a very effective player in those minutes. Mind you he is playing on a very bad Sabres team that will once again be picking in the lottery. How badly though do you want your team investing in this player who is due to make 5.5 mil AAV until 2017-18? 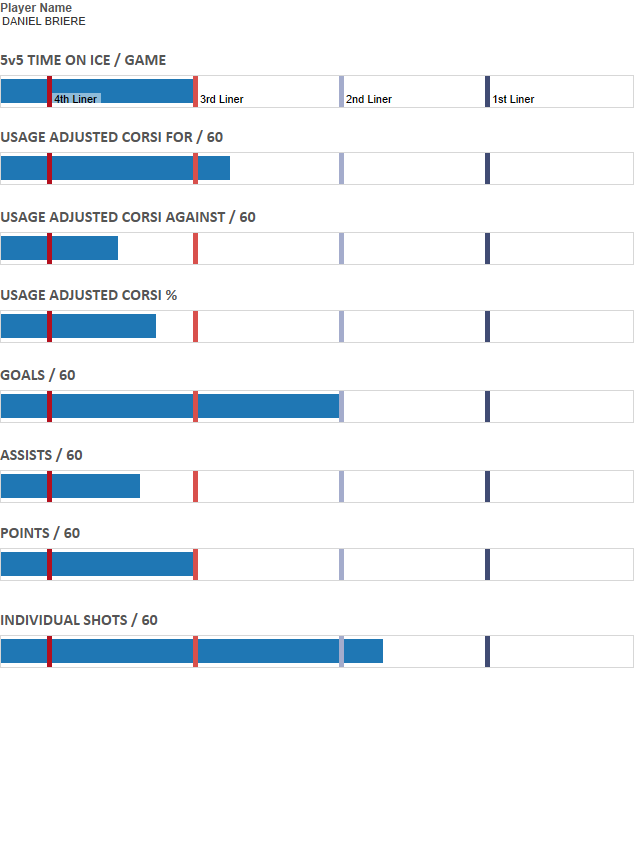 Considered to be Mr. Clutch come playoff time, one or two teams will be sniffing around Briere. Currently making 4 mil AAV in the last year of his deal, the contract is quite steep for someone who has shown declining numbers in recent years. A bottom six player at this point in his career won’t get much on the market and also won’t produce much down the stretch. It will be tough for him to bring value to contenders at this stage of his career. 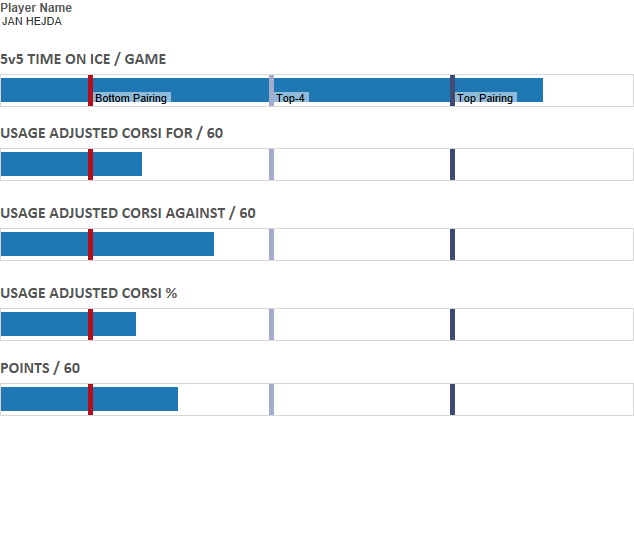 Hejda, a player many teams have on their respective radars due to his first pairing status in Colorado is another player that has been used incorrectly and has seen his value inflated due to this very fact. In most of the metrics on the graph he is barely above a bottom pairing player, showing he won’t bring you much from the back end possession wise. Offensively he isn’t much better, especially on a team like the Avalanche who seem to score in bunches. At 3.25 mil in the last year of his contract, he shouldn’t be seen more than a bottom pairing player, making his deal that much tougher to swallow. 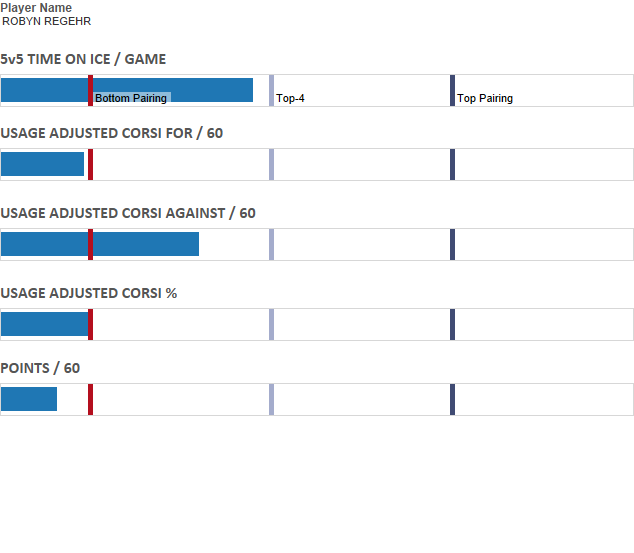 Much like the Hejda chart, Reghr, is playing at a level barely above that of a bottom pairing defensemen. On a team such as the Kings, most possession metrics are bumped up due to their puck possession style but that is not the case with Reghr. While his minutes aren’t out of control like some of the others on this list, he is still a very tough sell to any fan at 3 mil AAV. Reghr is in the twilight of his career and may want to stay with Kings but if they can find a suitor they will be happy to get pennies on the dollar.

Be on the lookout for another article shortly talking about the best possible value deals this trade deadline.