It’s time to look back and reflect on the 2014-15 regular season. Sure, the playoffs are just heating up, but it’s important to remember some of the biggest and most disappointing story lines from the 82-game campaign. Which players and teams failed to rise to the challenge? 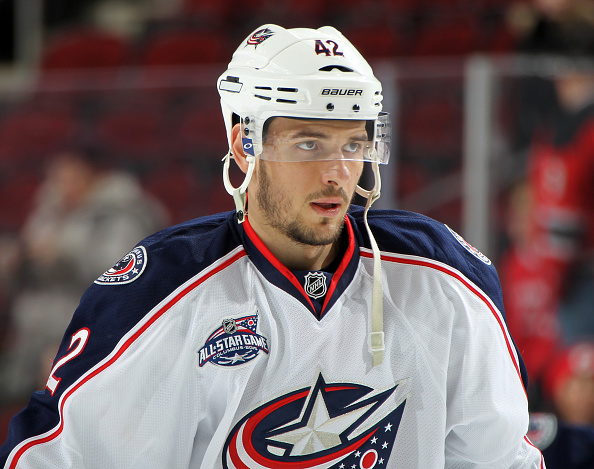 NEWARK, NJ – MARCH 06: Artem Anisimov #42 of the Columbus Blue Jackets looks on prior to the game against the New Jersey Devils at the Prudential Center on March 6, 2015 in Newark, New Jersey. (Photo by Christopher Pasatieri/Getty Images)

After a great display against the Penguins last playoffs, it seemed like a natural fit that the Blue Jackets would take the next step in being a perennial playoff contender. The injury bug had different plans. After leading the season in man games lost the Blue Jackets were still able to finish the season strong with a 14-game point streak. Which begs the question next season if injuries start to take their toll what will the chorus be from management? The future remains bright for the team but when will the future become the present for the Blue Jackets? 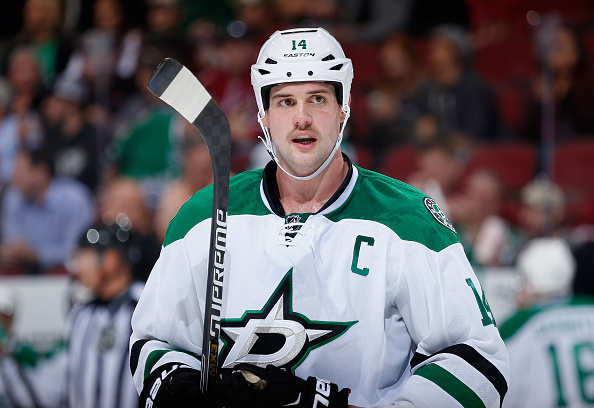 GLENDALE, AZ – NOVEMBER 11: Jamie Benn #14 of the Dallas Stars during the NHL game against the Arizona Coyotes at Gila River Arena on November 11, 2014 in Glendale, Arizona. The Stars defeated the Coyotes 4-3. (Photo by Christian Petersen/Getty Images)

With the acquisition of Jason Spezza and Ales Hemsky (who will be on this list later on), a lot was made of their offseason and were promptly anointed as the new hot team in the Western Conference. Spezza performed fine with 62 points on the season with a $7 million dollar cap hit. Hemsky was a disaster as the team thought that they were getting the pure sniper they saw the last part of the year with the Senators. The real let down was the goaltending as Kari Lehtonen decided to perform below his normal save percentage and the team suffered because of it. Jamie Benn and Tyler Seguin performed up to snuff but they were never the problem this past season. The supporting cast of characters are the key to next season which may not be the best to hear as Stars fans will be looking for an improved showing with at least a playoff appearance. 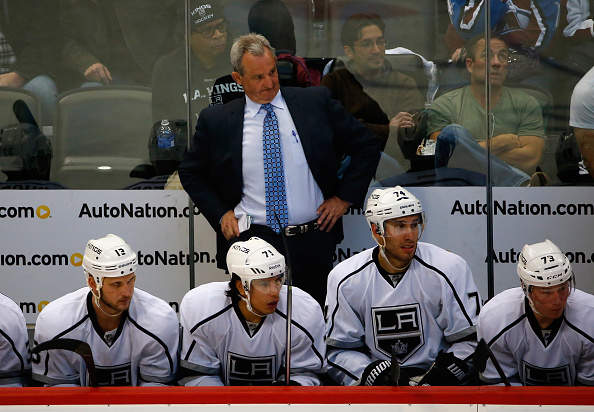 The defending Stanley Cup champions. Jonathan Quick, Dustin Brown, Anze Kopitar and Jeff Carter. A whole lot of names but little to show for it. They were the first defending champs since the Carolina Hurricanes in 06-07 to miss the playoffs the year after winning the cup. How did it get this way? It started with Slava Voynov and the ugly domestic violence case that brought forth conversations throughout the NHL just how well they have handled similar situations in the past. Voynov left a hole in the defense but the team wasn’t able to succeed regardless of the players that were on the ice, a problem they can blame on no one but themselves. 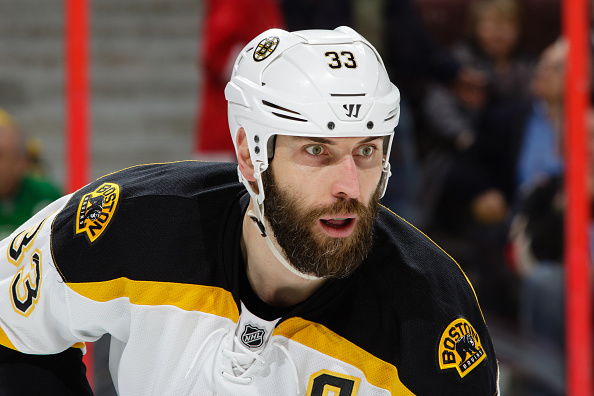 OTTAWA, ON – MARCH 10: Zdeno Chara #33 of the Boston Bruins prepares for a faceoff against the Ottawa Senators at Canadian Tire Centre on March 10, 2015 in Ottawa, Ontario, Canada. (Photo by Jana Chytilova/Freestyle Photography/Getty Images)

The big bad Bruins started their year with salary cap trouble that led to the trade of defenseman Johnny Boychuk to the New York Islanders. Not good. No bueno. No matter how you slice it, the money motivated move didn’t sit well with fans and it hamstrung the team going into the year by relying on players that were ill fitted to be in the Bruins System. The core players saw time on the injured reserve, allowing the team that is currently in a state of transition little to no hope of getting their feet under themselves. The firing of Peter Chiarelli is a start but how far down the totem pole will they need to go to see real change for a team that could be on the down swing? 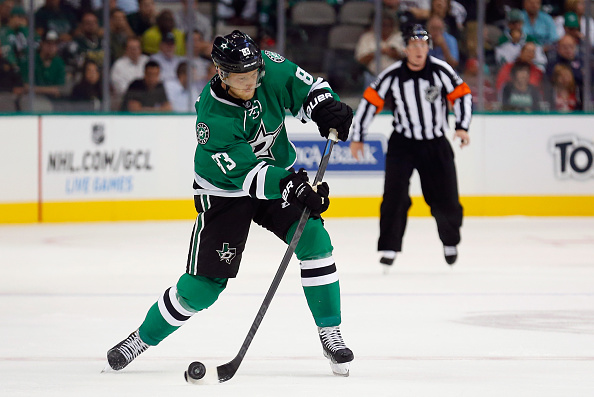 DALLAS, TX – SEPTEMBER 30: Ales Hemsky #83 of the Dallas Stars shoots the puck against the Tampa Bay Lightning in the first period at American Airlines Center on September 30, 2014 in Dallas, Texas. (Photo by Tom Pennington/Getty Images)

After being nearly a point-per-game player with the Senators after the trade deadline, Jim Nill thought a savvy move this past offseason would be to bring Hemsky in after acquiring Jason Spezza. Hemsky across the board failed to meet expectations as he had an up and down season, that had him in Lindy Ruff’s doghouse on more than one occasion. With a $4 million dollar cap hit and well under a half a point-per-game pace, the Stars will need to find a way to jump start Hemsky to truly utilize this aging weapon. 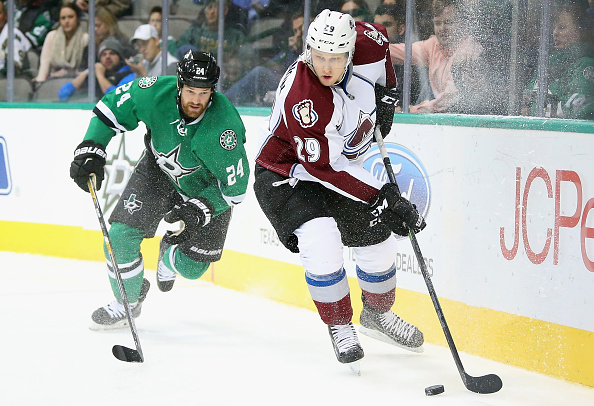 in the second period at American Airlines Center on February 27, 2015 in Dallas, Texas.

Call it a sophomore slump if you will. After a sterling rookie season that ended with a Calder Trophy in his hip pocket, the world was MacKinnon’s oyster. The season which ended on a sour note not just for MacKinnon individually but for the Avalanche in general, will need to take a look in the mirror and see if they can continue with the style of play they are wanting to live and die by. MacKinnon is a key cog in the Avalanche’s plans and will undoubtedly need improved play after 38 points in 64 games, a far cry from the 63 points in 82 games. 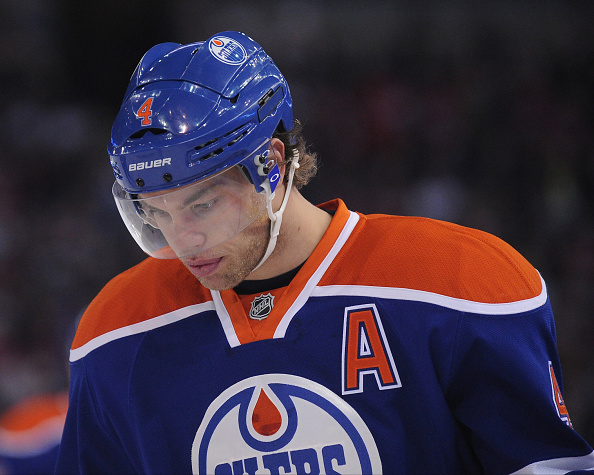 EDMONTON, AB – OCTOBER 27: Taylor Hall #4 of the Edmonton Oilers in action against the Montreal Canadiens during an NHL game at Rexall Place on October 27, 2014 in Edmonton, Alberta, Canada. (Photo by Derek Leung/Getty Images)

After establishing himself as a point-per-game winger in the season prior, Hall took a step back many hadn’t foreseen. The oft injured former number one draft pick had big plans with the Oilers, as did many in the organization, but the Oilers decided to continue their recent run of play with more of the same: bad hockey. With only 38 points in 53 games, Hall cannot undertake the sole blame this past season but by the same token Hall has shown he can be so much more. Hall can’t go out and acquire depth defensemen or goaltending, so he will have to hope GM Craig MacTavish has that on the teams wish list but the consolation prize of Connor McDavid should ease the pain and make next season a lot less painful for Mr. Hall. 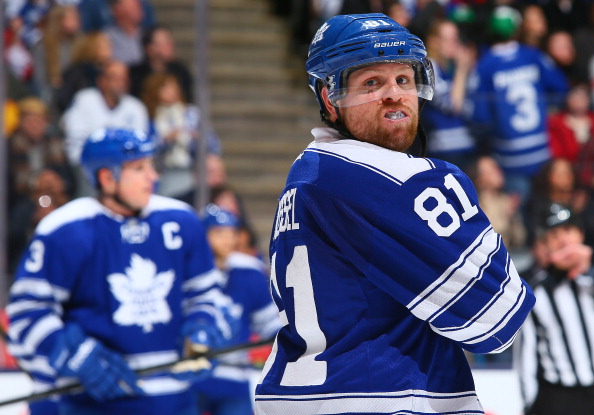 TORONTO, ON – FEBRUARY 8: Phil Kessel #81 of the Toronto Maple Leafs talks to the referee during action against the Vancouver Canucks during NHL action at the Air Canada Centre February 8, 2014 in Toronto, Ontario, Canada. (Photo by Abelimages/Getty Images)

Where do we start with Phil? He hasn’t invited any of the prior articles written about him but he has seen himself thrust into the Toronto media firestorm by virtue of being the best player on the Maple Leafs. Life can be tough. After barking back at some ornery reporters, Kessel still found himself with 61 points on the season, by far the highest mark on the list. This is more of disappointment by Toronto media standards for not giving more to the team and providing the leadership needed to get the Leafs a Cup. If you couldn’t tell that the prior sentence was heavy in sarcasm or believe strongly that is what is wrong with Kessel, a reevaluation on your brain may be in order. The Leafs rebuild is in full swing but the main story line will be the landing spot for the American enigma: Phil Kessel.