Essentially the zone starts of a player will only tell you what role they have played on a given team as opposed to past use of this metric indicating a more difficult level of competition. With traditional player evaluation metrics being heavily influenced by the role that player has, what can we use to give a better idea of how valuable a player is overall?

I have come up with a grouping on four statistics that will help to give a good indication of the value of a player.

Both one and two need to be viewed in conjunction with each other. ZSO%rel gives an indication of a player’s role on their team, whether it is defensive based, offensive based or a mixture of the two. The FF60+/- statistic indicates how well the player fares at their role. A defensive player with a plus in this category is a very valuable commodity. On the opposite end an offensive player with a minus is not desirable.

For example a player like Zdeno Chara would be measured as shown in the chart below. It shows he is largely used in a defensive role and in that role he has an above average Fenwick (unblocked shots) differential. However Chara has been below average this season in terms of on ice shooting and save percentages this season. 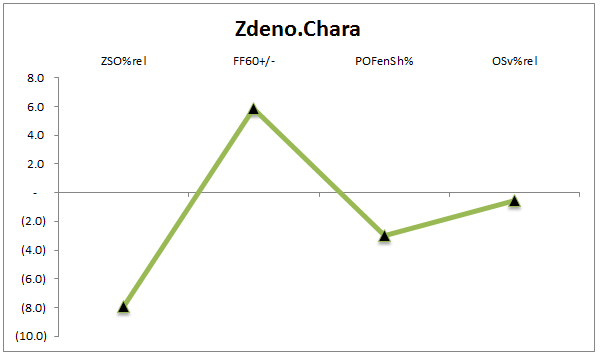 The chart gives a quick look into the player’s role and their relative value compared to the average NHLer in terms of contributing to goals for and against while on the ice.

Everyone wants one single number like WAR (wins above replacement) in Major League Baseball to evaluate NHL players. However this may be a long time coming. In the meantime your best bet is to look at a number of statistics in conjunction to get a good view into what type of player you are looking at and what is their relative value.