Jaromir Jagr’s career has been insane and we’ll never get tired of looking at graphics which put his storied run into perspective. When the Florida Panthers recently competed against the Toronto Maple Leafs, the 44-year-old Jagr battling against the 19-year-old Auston Matthews was a story in itself which inspired one awesome graphic. 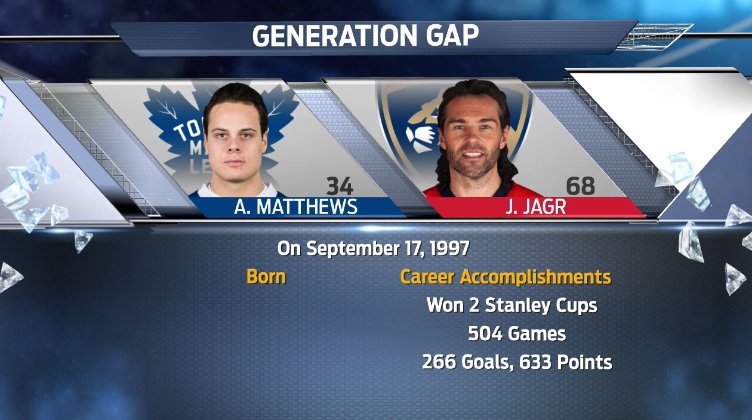 The layout and design of this graphic needs some work, but the overall idea is pretty awesome. When Matthews was born, Jagr had already won two Cups and had skated in 504 games while recording 633 total points. Jagr’s age is often a talking point, but these kind of figures are still difficult to believe.

Considering Jagr hopes to play until he’s 50, it’ll be fascinating to see just how crazy these stats will get when the dust finally settles on his impressive career.