The moustache fest that was The Ten Buffest Dudes in Boxing didn’t do it for everyone. Some said it was homoerotic (which, to be fair, it was). Others were just upset that I left out Shannon Briggs and Juan Urango.

So, to atone for my sins, here are the seven hottest women in boxing. Yeah, I know there are only seven and there were ten dudes. Don’t read anything into it mofos!

I took a pretty loose interpretation of “in boxing.” Hot fighters got extra points, but I didn’t discriminate against WAGS or “special friends.”

Leyla Leidecker had to come first. It’s not that she’s the hottest. In fact, she’s not really my cup of tea (though Tim likes her a lot). She’s at the top because she’s both a boxer and a boxer’s girlfriend. And she’s a nice Jewish girl. You can’t beat that. She’s got some modelling and documentary filmmaking going on too. Don’t get any ideas, though; her boy Yuri Foreman proved he’s pretty tough last time out. 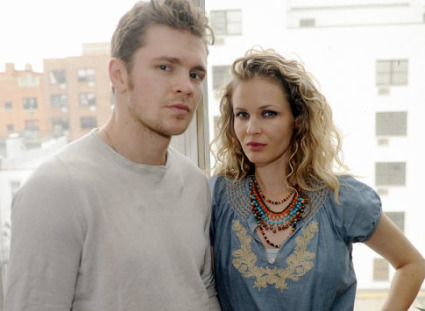 Rakoczy, a Canadian former lightweight titlist, is pretty hot. Apparently she’s not the most exciting fighter in the women’s game, but “The Raging” has been near the top of the pile for most of the last decade. It only took her two rounds to knock out fellow hottie Mia St. John in 2005. Oh yeah, and did I mention she’s a mum? You knew it was coming. There’s no pic because the best ones aren’t suitable for a family website like TQBR. I find it a little bizarre that a civilised country like Britain still has page three girls, but I can’t really fault them for finding us Ms. Froch. “The Cobra’s” girlfriend might be a little trashy for some with more refined tastes but….call me trashy. For me, it’s a bit of a case of “is she really going out with him,” but since she’s knocked up, I sadly have to conclude that yes, yes she is.

Okay, so I’m not entirely sure what Mrs. Tarver does. She does have this appealing, though somewhat bemusing website, featuring good pictures and bad music. According to the Internet, she seems to go to a lot of charity dos and such. I’d go south of her Mason-Dixon line any day. 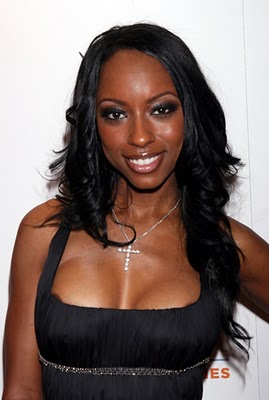 Early in her career, St. John was the Julio Cesar Chavez Jr. of the female boxing world. Contracted with Top Rank, she fought a steady stream of easy opponents on Oscar De La Hoya undercards, posed for Playboy and was generally hot but not taken seriously. But after leaving Top Rank, St. John became a legit contender and won a world title. Despite a string of losses in recent years, she remains active and dangerous.

I’m sorry, I can’t find a pic of Mrs Arreola. I might be exposing myself to massive embarrassment here. You can see a little bit of her in HBO’s Ring Life series, but it’s somewhat inconclusive. Mainly I remember her as being the highlight of the day I spent watching Arreola getting relentlessly pummelled by Vitali Klitshko. Beer goggles might have had something to do with that. Not exactly sure what she sees in old Cris, though he does seem to be a nice guy. At least I didn’t bring down the tone by making a nipples joke.

Poor Mrs. De La Hoya. It must be hard when your husband is (almost) prettier than you are. De La Hoya met Millie while recording his first album and they now have two kids together, the first of which she gave birth to in the locker room an hour after Oscar fought Mayweather. It’s understood that the names of the couple’s two children were decided between the two, though Oscar denies a negotiation ever took place.