With Man of Steel being released on Blu-ray last week, I wanted to take the opportunity to revisit some of the criticisms and debates that developed while the movie was in theaters. If you haven’t already seen director Zack Snyder’s updated take on Superman, maybe you got a chance to watch it on video over the past weekend. If you did see it at the cinema, perhaps you took the opportunity to see it again.

Or maybe you heard some of the negative criticism leveled at Man of Steel during the summer, decided to pass on it and are waiting to be persuaded that the movie is worth your time. Where was the fun? Superman seemed so joyless! It was so violent! All Superman did was punch people. Did Superman care about helping anybody while Metropolis was being destroyed? Then, of course, there’s the ending — which was extremely controversial and really can’t be discussed without major spoilers, so we’ll save that for after the jump.

This is my attempt to convince you that this Superman is worth a shot. Yes, it’s different from other interpretations of the character than you’ve seen before. This isn’t the do-gooder, big blue boy scout that most of us grew up with and may have found boring compared to more relatable, conflicted superheroes like Batman and Spider-Man. (I was right there with you, as my comic book collection will confirm.) But I think that’s a good thing.

Here are several reasons why Man of Steel is better than many critics and fans would have you believe. (Again, if you haven’t seen the movie, major spoilers follow.) 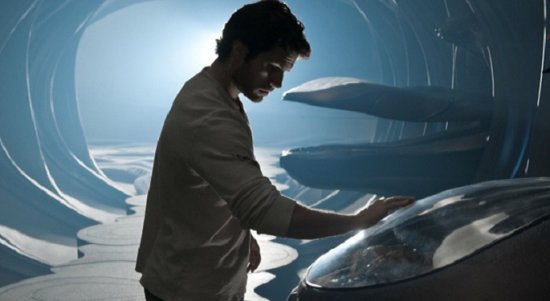 It’s an Entirely New Superman Story
Forgive the Captain Obvious statement, but it needs to be said. Some of the criticism directed at Man of Steel is based on the idea that Superman does things in this story, acts in certain ways, that are out of character. Yet one of the frequent gripes with Superman — both in the comic books and movies — is that he’s boring because he always does the right thing and it’s difficult to write compelling stories about a guy who’s invulnerable.

So what does Man of Steel present to us? Superman’s alien origins are fleshed out from a sci-fi based perspective. His childhood is emotionally troubling because he doesn’t know why he’s different. He’s raised to conceal his abilities and basically distrust humanity. Oh, and he gets the crap kicked out of him by those who have the same superpowers as he does. Yet all of this is too much of a departure from the character we’re accustomed to seeing? People ultimately wanted more of the same? That doesn’t make much sense to me.

I get that people have an idea of what Superman is supposed to be: Truth, justice, the American way and all that. But is that concept so preserved in amber that newer interpretations aren’t allowed? Why can Batman go from campy 60’s pop icon to the surly Dark Knight of the 2000’s, and both portrayals of the character are seen as acceptable? Maybe it’s because Batman is just a better character. But I don’t buy it.

Snyder, screenwriter David Goyer and actor Henry Cavill set out to create a Superman more relevant to our current culture, one who didn’t seem like a relic. This Superman or Clark Kent is wracked with uncertainty and guilt over his place in the world. He arguably has a pretty rough life until finally discovering who he is and his purpose in life. Maybe that’s too somber and angsty for people who prefer Superman to be the smiling, four-color icon. But it’s not the same ol’ Superman we’ve always seen. 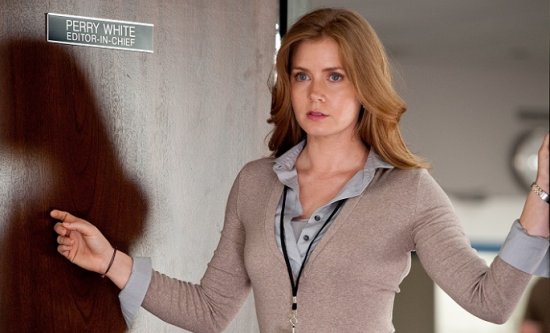 The Lois Lane Problem is Addressed
A Superman story can’t be told without Lois Lane. Obviously, she’s the romantic interest that makes the all-powerful superhero a more relatable, human character. But there’s always been a fundamental problem with Lane. It’s not that she’s often the damsel in distress or deliberately puts herself in danger to attract Superman’s attention. Yet if we’re supposed to believe she’s a Pulitzer Prize-winning reporter, someone smart and feisty enough to get our hero to fall in love with her, how can we accept that she wouldn’t recognize that Clark Kent is Superman with a pair of glasses on?

In Man of Steel, Lane uses her reporting skills to figures out who the mysterious do-gooder is, tracking Kent to his hometown of Smallville. So she’s probably going to realize that this Kansas farmboy and the guy flying around in red-and-blue tights with a cape are the same person. It’s later implied that Lane gets Kent his job at the Daily Planet, the position that allows Superman to follow what’s going on in the world and dash off at a moment’s notice. It’s a huge change in their dynamic, one that I hope is explored in sequels to come.

Does this version of Lois and Clark lose something without the idea that she’s in love with Superman and not the mild-mannered alter ego? Maybe, but that idea can only be taken so far if those two characters are to be together. Besides, there are ways to keep that “love triangle” alive. What if Lois likes Clark much more when he’s fighting enemies and saving lives, rather than doing dinner and a movie? 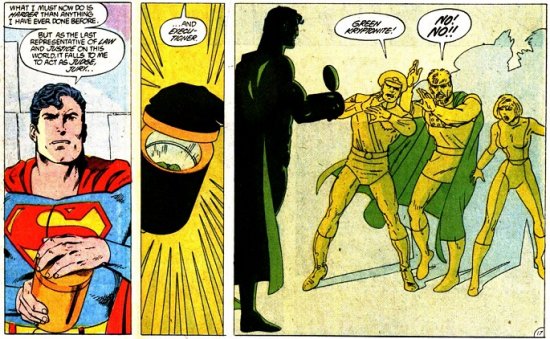 It’s OK That Superman Kills General Zod
Perhaps the most controversial moment in Man of Steel is how the battle between Superman and General Zod ends. Does Superman trick Zod into going back into the Phantom Zone prison? Nope. Oh, maybe our hero subdues the villain and sends him off to Kryptonian jail then? Not so much.

In this story, Superman is pushed to the point of no return. It appears that he’s finally gained the upper hand over Zod in their city-destroying battle, but the bad guy presents one final challenge to Superman’s morality. I’m going to kill people unless you stop me. But how does Superman do that? No prison is going to hold someone with such superhuman abilities. Caught in a sleeper-type hold, Zod begins to direct his heat vision toward an innocent family of four. They’re going to be vaporized. (Why doesn’t Zod just look at the family directly and roast them to begin with? Hey, it’s called drama.)

So Superman makes the only choice he has in this scenario. He breaks Zod’s neck and kills him. Whoa! Hang on. This is a dealbreaker, man! Superman doesn’t kill. Well, this one does. And you know what? Superman has killed Zod in other stories. For instance, in issue No. 22 of the Superman comics, published in 1988. Too geeky? OK, what about the Superman played by Christopher Reeve, the version of the character so many hold up as an ideal? He killed Zod in Superman II.

Even as a kid, I wondered what happened to General Zod when he fell into that white, puffy cloud of snow below the Fortress of Solitude. Maybe there’s a prison cell down there that Superman set up, I told myself. Well… probably not. Superman threw Zod against a wall and let him slide down to a cold, arctic, superpower-less death. And he did so with a smirk of disdain! Some might even call it a smile! Superman just tossed out his adversary like a bag of trash.

At least Cavill’s Superman fell to his knees and screamed with anguish over what he’d done. Is the issue with how violently the conflict is resolved? Is the real problem in seeing Zod die, literally at the hands of our hero? Where was a puffy cloud of snow when this Superman needed one? 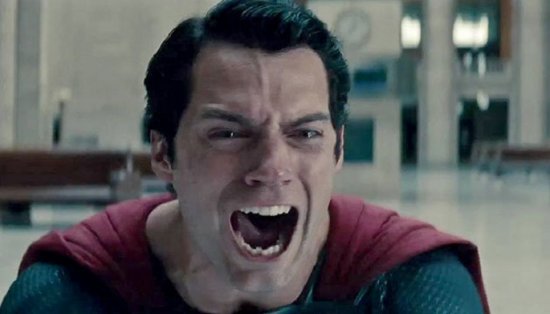 This Isn’t the Final Story
Maybe it’s a copout to say that Man of Steel is only the beginning of this new Superman’s story. It has to stand on its own as a movie, and for some, it clearly didn’t. But I think it’s reasonable to presume that the character so many of us are familiar with will be formed by the events of this first movie.

Perhaps Superman won’t kill anymore because of the guilt he lives with over breaking Zod’s neck. He’ll realize how his actions resulted in destruction and death and work to ensure civilian safety the next time around. (I do think that Man of Steel basically glosses over the damage that took place by quickly moving on to Superman laying down ground rules for the military and starting his job at the Daily Planet. A lot of these issues could’ve been resolved with one or two simple scenes of Superman trying to save some people or acknowledging the casualties at hand.)

It’s easy to imagine that the repercussions of Man of Steel will fuel the next story. Superman’s arch-nemesis, Lex Luthor — who Snyder all but confirmed as the villain of the sequel — can easily sway public opinion in his favor by pointing to all the carnage that the alien from Krypton caused. He can hold himself up as Metropolis’ savior by touting his philanthropic efforts to rebuild the city. How does Superman convince people that Luthor is the villain if they’re inclined to distrust him after thousands of citizens were killed?

Personally, I’d like another Superman story, one that expands on the themes introduced with this rebooted version of the character. I just hope Snyder and Goyer have the opportunity to explore those ideas, rather than use their sequel to introduce Ben Affleck’s new take on Batman. Haven’t we already had enough Batman movies? But I get that Warner Bros. and DC Comics is playing catch-up to Marvel and the juggernaut that is The Avengers. And Man of Steel provides a strong enough foundation to build that franchise upon. Years from now, I think it will be appreciated much more than it is now.