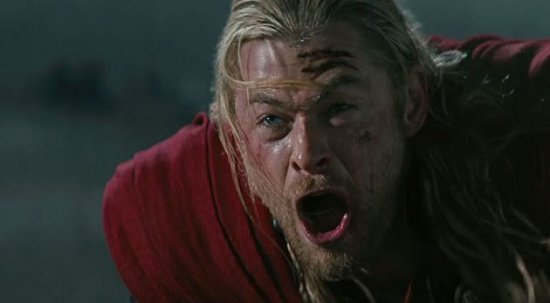 As I watched Thor: The Dark World, I kept thinking about what I didn't want to see in the next Thor movie. And there likely will be another Thor movie from Marvel Studios. Not just because it was promised at the end of the credits that "Thor will return." We'll see Chris Hemsworth's lovely blonde hair and bulging muscles again in Avengers 2: Age of Ultron. However, an $86.2 million take at the domestic box office this past weekend (along with $327 million in international ticket sales) means we will get more Thor.

However, when the next movie featuring Marvel's Norse God of Thunder comes around, it needs to straighten out its identity crisis.

The dark elves that make up the main villains of this latest flick wear expression-less helmets that look scary but somewhat resemble stormtroopers from Star Wars. They also fire what I believe are supposed to be arrows, but they're illuminated to look like lasers. So we have elves firing frickin' laser beams at Thor, his fellow Asgardians and the poor Earthlings who are hanging around in London when the bad guys attack. Between the lasers and the spaceships (which resemble flying blades and look pretty cool), Thor: The Dark World comes off looking like a Star Wars prequel. Does anyone want another Star Wars prequel?

Another problem is that the script for this movie feels disjointed. Maybe the best decision Marvel ever made was to put Joss Whedon in charge of its cinematic universe, at least the corner of it that involves all the characters from The Avengers. Having him as a crutch to help out the other Marvel films certainly isn't a bad thing. But what about when it seems just a bit too obvious which scenes of a film were written (or rewritten) by Whedon?

Director Alan Taylor admitted that Whedon was "airlifted" to the film's production to help punch up some scenes that weren't working. He also apparently added a couple scenes involving Thor's brother, Loki — i.e., the best character in these movies. One of them — basically a showcase for Loki in which he demonstrates an ability that will be a major factor later in the movie — may as well have had the subtitle "Written by Joss Whedon" running with it. The tone and pacing of it felt that much different from the rest of the story. But maybe that's just modern screenwriting and moviemaking. I just wish Whedon's touch hadn't felt so heavy-handed.

Those nitpicks aside, here are the changes I'd really like to see in a third Thor movie.

Let Natalie Portman Go
But is it asking too much to hope that Natalie Portman's character, Jane Foster, isn't in the next Thor movie? OK, it probably is. Love interests have to be a part of these movies. I get that. Studios can't just draw in the drooling comic-book fanboys to make the big bucks. They need fans of all sorts and interests to buy tickets as well. And if that means Thor has to pine for a very attractive astrophysicist (even when the Lady Sif is right there in Asgard), then so be it.

Of course, Foster serves a significant story purpose, providing a reason for Thor to take an active interest in Earth's well being. But with the advent of The Avengers, any global or intergalactic threat could be suitable motivation to summon Thor from Asgard to join his buddies Captain America, Iron Man, Hulk, Black Widow and Hawkeye. Or maybe it would just take a phone call if Thor is already swingin' his hammer here on Midgard (Earth) with Sweet Jane. (At the risk of posting spoilers, the end of Thor: The Dark World indicates that those two kids are going to make it.)

Does Portman even want to be in another Thor movie? According to rumors, she wasn't too keen on being in this latest sequel, but Marvel forced her to do so because she'd signed a contract. To me, it showed. Portman didn't look terribly interested in this latest installment. Maybe that was because she's an Academy Award-winning actress reduced to playing the damsel in distress, dragged from one hiding spot to another, in an attempt to keep her from the story's villain, Malekith. (More on him later.) During the film's climactic battle, she basically holds an iPad that allows her to… do something with portals that somehow helps Thor. (Maybe seeing the movie again would make that clearer.)

But I think filmmakers can ditch the romance for a third Thor film if they so choose. A central conflict for the character is fulfilling his father's wish to take over as king of Asgard versus his desire to be with his Midgardian maiden . Or maybe he just doesn't want to be tied down to the throne. Thor cites his ability to help all of this fictional universe's nine realms, which he can't do if he's sitting in the big chair giving orders. (Wouldn't that make for an exciting Thor sequel? Bring me some grapes! And somebody go vanquish that rebellion in Vanaheim!)

It's strongly implied by the end of Thor: The Dark World that developments are going to require the son of Odin's full attention in Asgard. So that could take care of the clunky romance. Just have Thor tell Jane on a video monitor, "Honey, I can't come by for a while because I have to try and stop a war." Pay Portman some money to sigh on camera and look forlorn, and that ties up the storyline nicely. Would that satisfy fans of the Thor-Jane relationship? Surely not. But it would satisfy those of us who want a better Thor movie.

Would these movies also lose something by not having the contrast of a god-like prince trying to acclimate to a normal life on Earth? That was something that made the first movie so appealing, with Thor throwing coffee mugs to the floor with satisfaction, walking into a pet store demanding a horse and calling Agent Coulson "Son of Coul." That character is nowhere to be seen in the sequel because that material can't be mined anymore. Director Alan Taylor certainly tries, trying to fit the hulking Hemsworth in the London Underground train and Jane's small car. As amusing as those sight gags were, that joke is probably played out now. 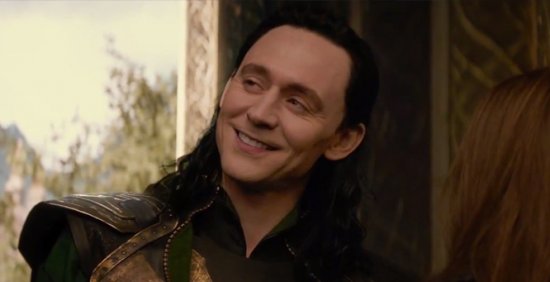 Get a Better Bad Guy
Thor: The Dark World also suffers terribly from having a lame villain. Christopher Eccleston's Malekith looks fearsome, threatening and all that, but he's no adversary for Thor physically, as their brief fight scenes demonstrate. The darkest of the dark elves also can't hit Thor in the chest emotionally like his deceitful brother Loki can. That's probably the biggest problem with Malekith: He's not Loki. Tom Hiddleston has created a villain we root for, a rarity in these sorts of movies. Evidently, Taylor and Marvel knew the movie needed more Loki and shot additional scenes with him.

Even though Loki presumably isn't the villain in this movie, he poses far more of a threat to the hero than Malekith. Will Loki betray his brother, as everyone expects him to? How will he do so and when will he choose to do it?

Thor has other great adversaries that could be used in a third film, such as Surtur the Fire Demon, who could try to lead a hostile takeover of Asgard. A fiery villain could be a nice contrast with the Frost Giants we saw in the first Thor film. But if Marvel insists on keeping the romantic angle to these movies, use The Enchantress. Set up a love triangle between Thor, Jane and this spell-castiing sorceress. Make it a love rectangle by including Sif! And just to make sure there's some action, The Enchantress has The Executioner on her side to beat enemies to a pulp. Not only does The Executioner follow his mistress' every wish, but he also carries a major torch for her. Fight Thor out of jealousy? It beats the red cloud of power ("Aether") that motivated Malekith.

But just make sure the new villain somehow teams up with Loki. There can't be enough Loki. Maybe Warner Bros. can work out a thing in which Superman and Batman fight him too.