Did you know July 23 is Batman Day? Why DC Comics decided to declare this particular day a celebration of the Caped Crusader’s 75th anniversary is a bit unclear. The character’s comic book debut in Detective Comics No. 27 had a cover date of May 1939. But hey, what else is going on in pop culture on a Wednesday in mid-July?

To commemorate the occasion, DC is publishing a special edition of Detective Comics No. 27 and making it available for free at comic book shops and via digital download. The book will include the original 1939 story, as well as a new interpretation by novelist Brad Meltzer and artist Bryan Hitch.

Longtime fans will also surely be pleased by Bill Finger receiving a cover credit, along with Bob Kane. Though Kane generally receives — and was more than happy to take credit for creating Batman — Finger came up with many of the key traits associated with the character. While Kane may have had the original idea, Finger designed Batman’s costume, wrote his origin story and created the Batcave, Batmobile, Gotham City, Commissioner Gordon, Robin and the Joker, among many other elements of Dark Knight lore. (He coined “Dark Knight,” as well.)

Artist Ty Templeton, an advocate for Finger, drew a comic strip earlier this year depicting what a Batman story would’ve looked like without the writer’s contributions. It’s pretty amusing, as the character is unrecognizable and completely lacking his iconic mythology. 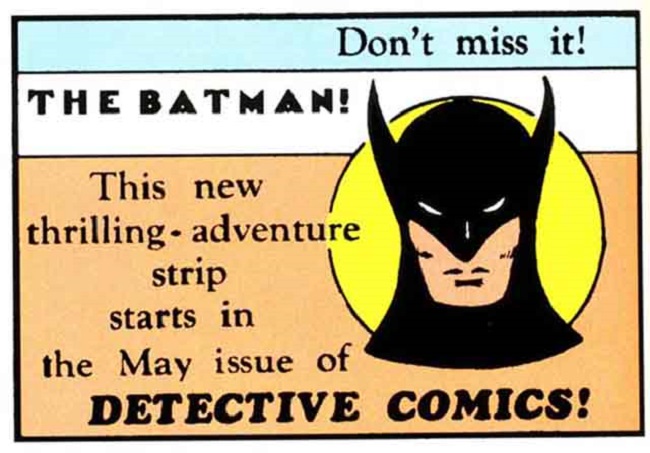 DC Comics is actually contractually obligated to credit Kane as Batman’s sole creator, which allowed him to get many ancillary profits from TV shows, movies, toys, and so much other merchandise, while Finger never received a penny. But let’s move on, because it appears that DC Comics is doing as much of the right thing as it can legally.

I think I’ve made my love for Batman rather apparent in previous articles here at The AP Party, so I wasn’t quite sure how to approach writing something about Batman Day.

Batman comic books take up more of my childhood collection than those for any other character. (Spider-Man is a close second.) My favorite all-time comic book is Frank Miller’s The Dark Knight Returns, but there are so many runs throughout the 1970s and 80s that I enjoyed. I still occasionally check in as an adult, and the current Batman title written by Scott Snyder and drawn by Greg Capullo is the only one that I can keep up on without feeling completely lost.

Of course, I have affection for most of the movies, notably Tim Burton’s two Batman films and two of Christopher Nolan’s three efforts with the character. (I don’t hate The Dark Knight Rises, but felt like I was ready for a new cinematic interpretation of the character by then. And I think it’s pretty clear Nolan was ready to move on too.) The 1990s animated series was also outstanding, maybe the best version of the character ever put on screen.

But it’s the 1966 TV show starring Adam West and Burt Ward that most reinforces my love for Batman, I think. During the 4th of July holiday, IFC ran a marathon of 20 episodes. I didn’t learn about it until the morning of July 4 and might have planned the day differently had I known earlier. 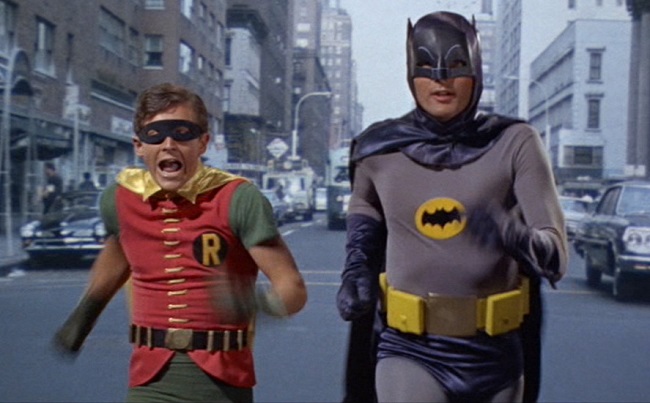 No, I wouldn’t have sat in front of my TV for 10 straight hours on a day off with beautiful weather, family and friends to help celebrate the holiday. I didn’t have enough room on my DVR to record the whole marathon either.

So what would I have done differently? Well, probably nothing, as it turns out. But I like to think I could’ve tried something. Ultimately, I watched about four episodes after breakfast as we lazily settled into the day.

My relationship, if you will, with the 1966 Batman series has been a complicated one. When I watched it as a kid on syndicated reruns after school, I loved it. These were my comic book heroes come to life. And the “POW!” “ZAP!” and “WHAM!” on the screen were like comic book panels put on the TV screen. It never occurred to me that the show was campy or goofy. Even if it did, I doubt I’d have cared. What mattered was that I could watch Batman on my TV.

There was nothing cooler than that Batmobile, with the turbine in back. Batman’s utility belt looked like it could actually hold his famous gadgets and weapons. Then there were the Batpoles, perhaps the single most iconic element of that show. Bruce Wayne pulled back the head of the William Shakespeare bust on his desk, then turned a hidden switch which revealed a doorway behind a bookshelf. Two poles — one for Wayne, one for Dick Grayson — led to the Batcave where they became Batman and Robin. So cool!

Burton’s Batman Returns and Nolan’s Batman Begins each had nods to this classic transition from Wayne to Batman. It was too closely associated with a memorable interpretation of the character not to include. Even the comic books didn’t have anything that cool. I’m hoping Ben Affleck’s version of Batman with Zack Snyder has something similar. Hidden switch, bookcase, secret doorway and something — a staircase, elevator or the poles — that leads to the Batcave.

As I got older and wanted my comic books to be more serious, I steered away from the campy TV series. The pop colors and “POW!” “WHAM!” graphics were what people associated with comic books, dismissing them as kids stuff. Burton’s dark depiction of the hero — psychologically damaged, obsessed, wearing black body armor — was more like the avenging crimefighter I was following in the comics.

But eventually, that interpretation got tiresome too. Batman was so grim, dark and unyielding that he became uninteresting. He wasn’t really a character anymore, just an archetype. He was unlikable — kind of an asshole, really.

Look at Nolan’s three Batman films. Batman Begins is the most traditional superhero-type tale with its origin story. There’s actually humor in the script. In The Dark Knight, he’s conflicted yet still heroic. But the story deals with the worst of human nature. By The Dark Knight Rises, he’s a guy who gave up and takes back his role one last time. Though he saves Gotham City and has the happy ending that seems far more realistic than his comic book incarnation, the fun is gone from the character by then. The whole thing is a joyless exercise.

I kind of miss having fun with my Batman. I think that’s why the 1966 TV series seems so refreshing now. It doesn’t take itself seriously and is completely unapologetic about that. 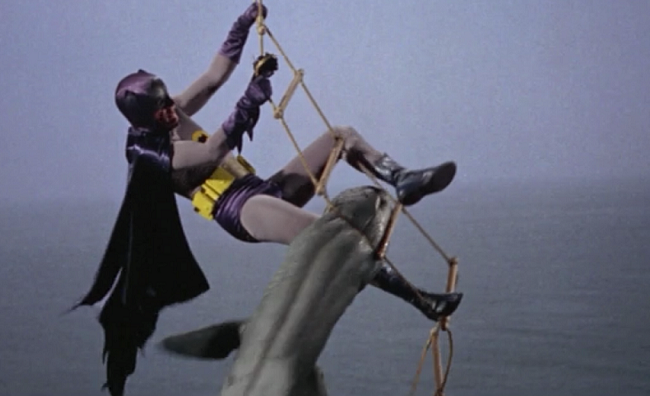 I’m not at all suggesting that the movies go back to this campy tone. Besides, it’s pretty clear from the first photo of Affleck in his Batman costume that Snyder’s version is going to be dark and gritty. Perhaps even more so, as this Batman is older, beaten down and world-weary. He won’t be running back and forth on a pier, holding a bomb. Or spraying shark repellant to get a great white off his foot.

But I’m glad that version of Batman is available to watch and enjoy. It’s a nice alternative, one that certain fans might like more than the dark, serious, joyless depiction of The Dark Knight. In November, the complete 1966 TV series (120 episodes!) will be available on Blu-ray and DVD, and to me, it will belong alongside the Burton and Nolan films, and the 1990s animated series, on my shelf. They are all valid versions of the character.

This brings me to why I wanted to write about the 1966 Batman TV show on Batman Day. (Besides not getting to write about it soon after July 4, that is.) Batman is a character, a pop culture icon, strong and enduring enough to withstand many different interpretations.

The goofy, campy TV show didn’t invalidate him. (The Batman: Brave and the Bold cartoon that ran from 2008 to 2011 embraced that tone after previous cartoons had been more serious.) The character and its tone corrected itself in the 1970s comics by Denny O’Neil and Neal Adams. Later on, Burton’s movies did so too. Cinematically, we’re pretty dug into a more serious take on Batman, but I think that leaves room for a different interpretation elsewhere.

No matter what your preferred version of Batman is, you’ll find one you like if you’re interested in looking for it. That’s what makes him such an enduring character, one that’s thrilled generations of comic book, TV and movie fans for 75 years now. That deserves some recognition and celebration.