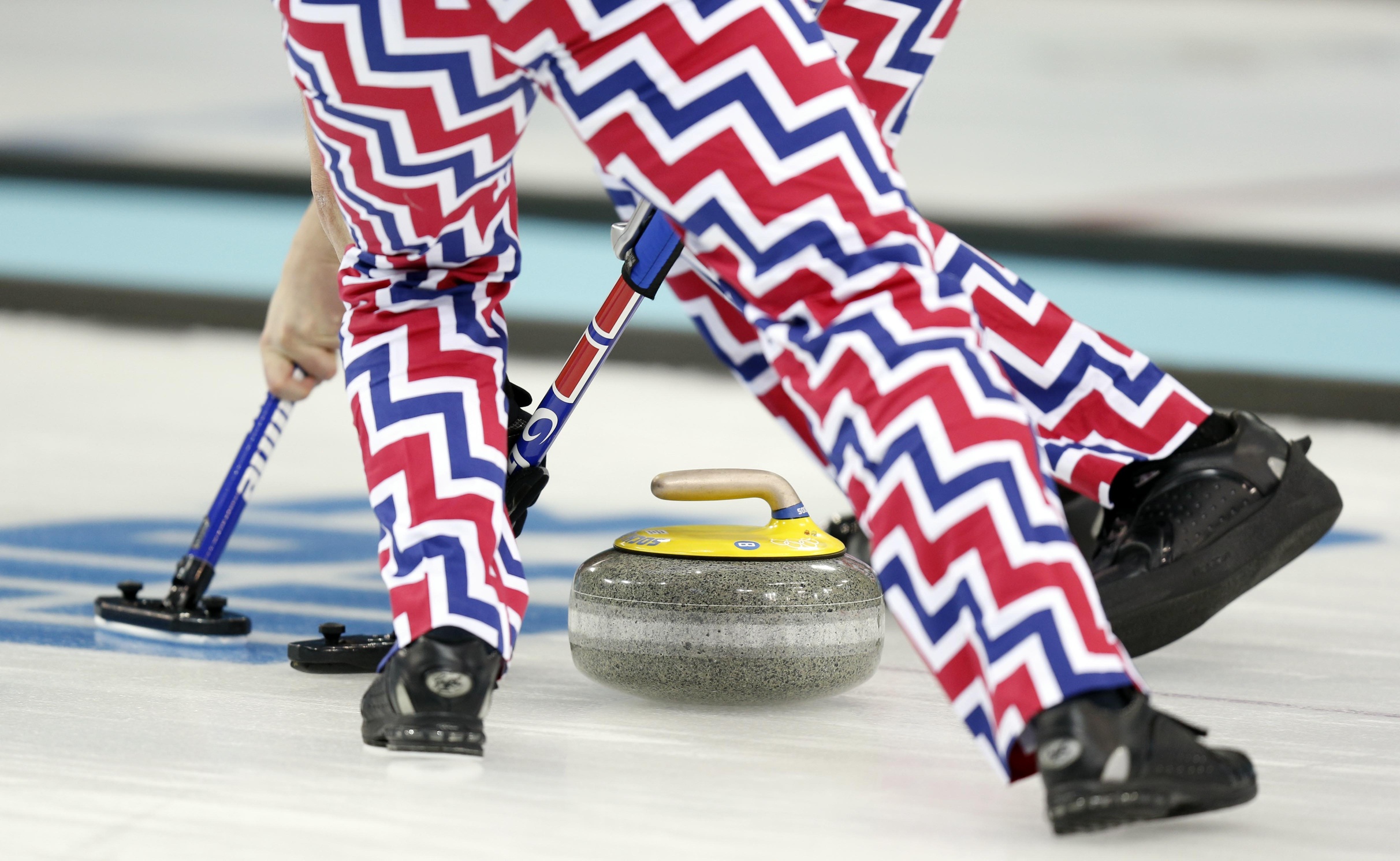 The most popular phenomenon at the 2014 Winter Olympics isn’t an athlete, it isn’t an event, it isn’t even #SochiProblems.

It is the Norwegian curling team’s pants.

The flamboyant trousers have made their return after stunning the games in Vancouver four years ago to roars of approval from across the globe. The pants have made the Norwegian curling team the unofficial second favorite team for nearly everyone outside of Norway. Believe it or not, the pants — yes, the pants!!! — have a Facebook fan page with over 500,000 followers. Not that I’m up on my Facebook stats, but that has to be a record for one article of clothing, right?

And better yet, you can buy a pair of Norwegian curling pants for your own collection. The makers of the pants are American-based clothing company, Loudmouth (who also happen to make John Daly’s golf pants), have made pairs available on their website.

For the 2014 Winter Olympics, the Norwegian team brought nine different pairs of curling pants to Sochi. We’ve compiled all of them for you in one place for your eternal enjoyment. 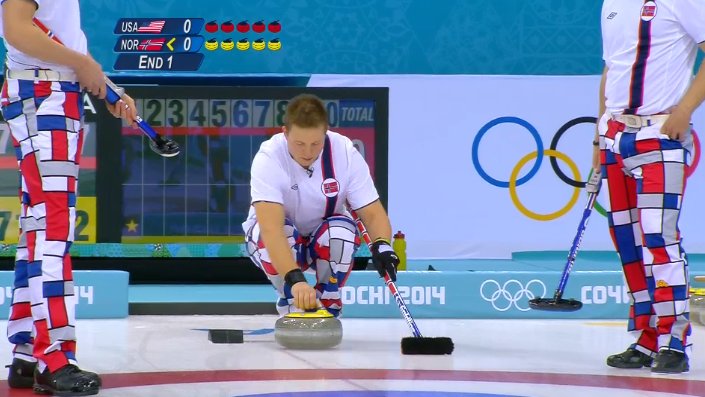 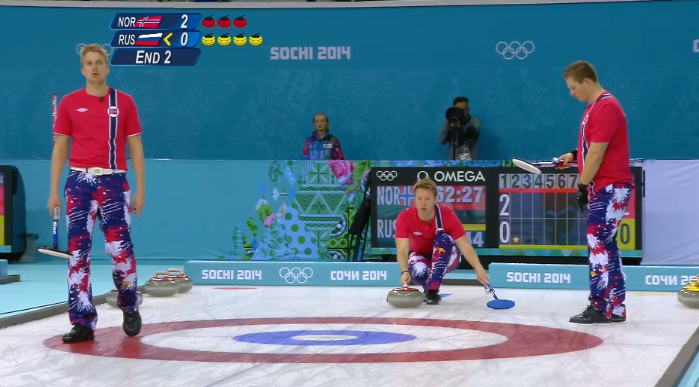 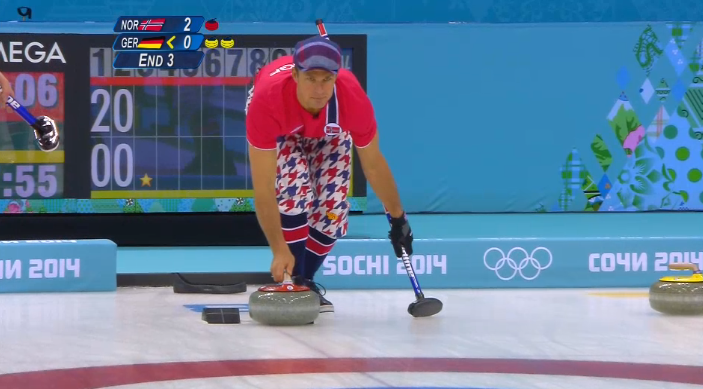 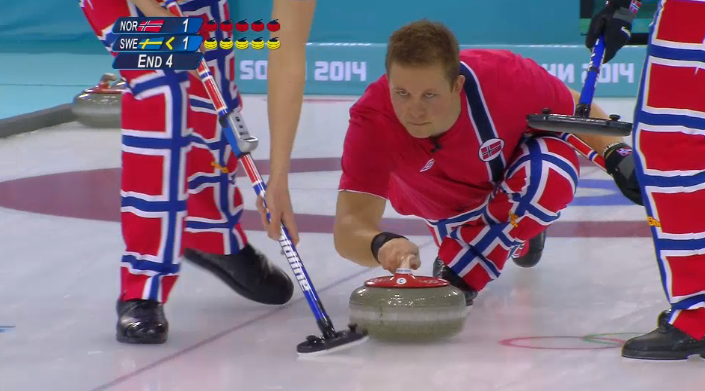 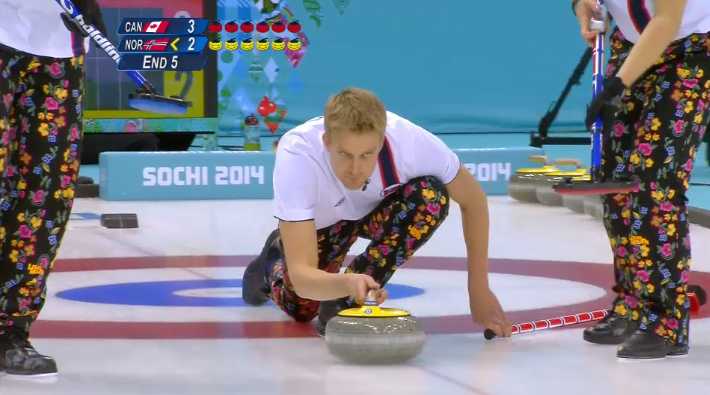 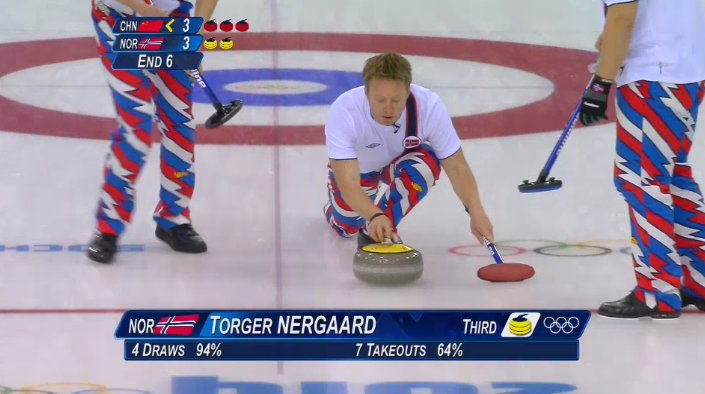 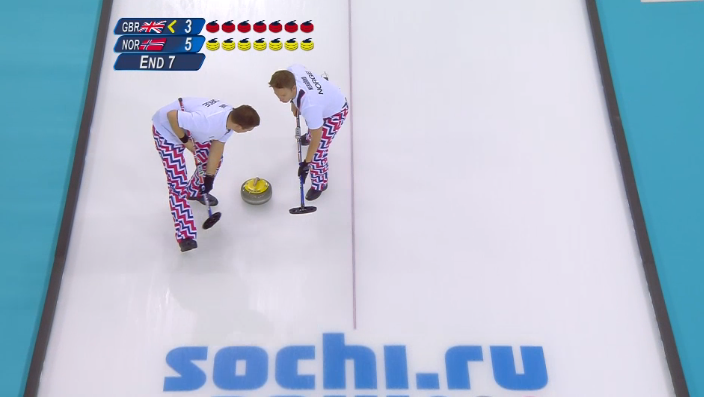 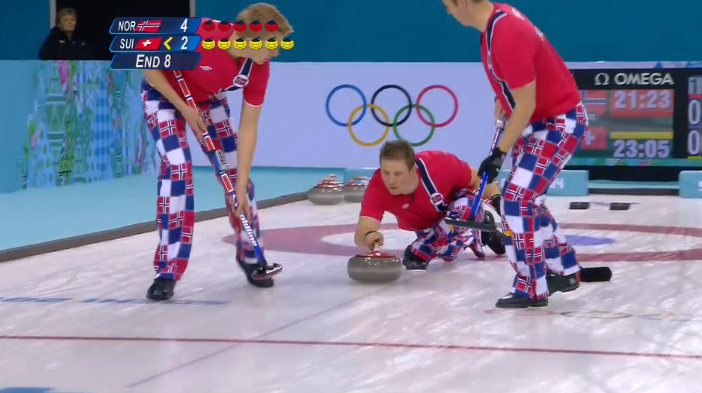 Game 10: Norway vs Great Britain — Apparently Norway didn’t plan on a tiebreaker game because they went with the same pants from Match #2. 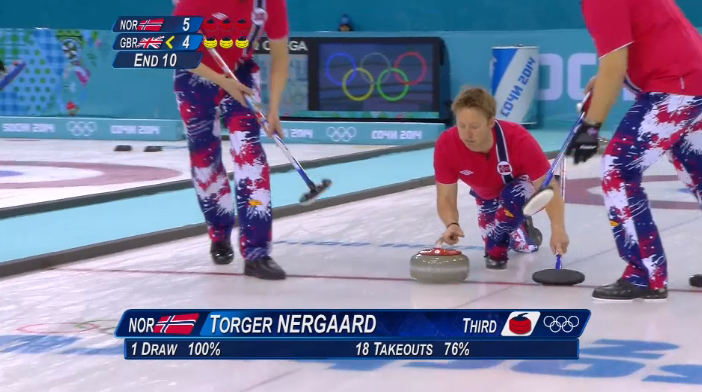 Just marvelous. Personally, that knickers-and-hat combo from the matchup against Germany is my favorite fashion statement of this year’s Olympics.

Sadly though, for pants enthusiasts everywhere, Great Britain won the tiebreaker, 6-5, on a heroic final stone from British skip David Murdoch, ending the Olympics for the Norwegian curling team. But if there’s a Mount Rushmore of athletes wearing insanely awesome multi-colored pants, just put all four members of the Norwegian curling team on it. Perhaps they can take some consolation in knowing that.