As we enter the final weekend of Wimbledon, it seems fitting that HBO — home to the tournament’s early round coverage from 1975 to 1999 — would air a special about tennis. What may be less fitting is that this special, 7 Days In Hell, is a comedic sports mockumentary about the “greatest match in tennis history,” a seven-day marathon match in 2001 pitting two stars at opposite ends of their careers.

Aaron Williams (Andy Samberg) is a brash, American tennis star who was adopted by the Williams family — yes, that Williams family — in a “reverse Blind Side” attempt by Venus and Serena’s dad Richard Williams. Aaron’s garish hair and neon outfits hearken back to the days of Andre Agassi, but his attitude is John McEnroe (who makes an appearance in the special) ramped up to 11.

Williams finished second at Wimbledon in 1996 before leaving the sport in disgust. He eventually turns up in Sweden as the designer of an interesting line of men’s underwear before ending up in an IKEA-inspired Swedish prison. During an interview, Williams’ eventual opponent, Charles Poole, says that he could beat Williams, which leads to his escape from prison and return to Wimbledon.

Poole (Kit Harington) is a doofus British tennis prodigy, and the number two player in the world. The weight of the entire country rests on his shoulders in this pre-Andy Murray Wimbledon tournament, which is driven home by a series of phone calls and one elevator encounter Poole has with Queen Elizabeth (June Squibb) herself.

Williams — five years removed from tennis — seems like an easy first-round opponent for Poole until a rainout, cocaine, streakers, and a magical appearance from one of Williams’ old friends help to extend the match. Their epic match eventually ends with a scene that would fit in nicely on Game of Thrones. 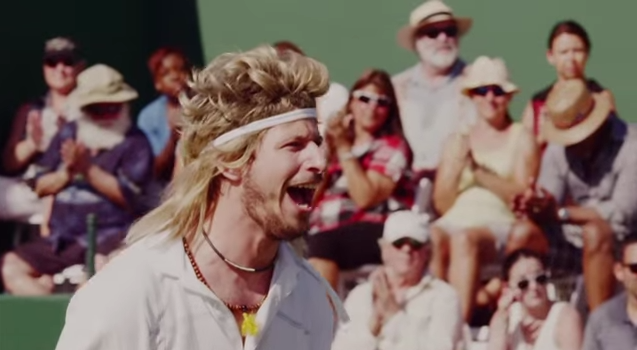 The mockumentary genre is full of musical, political, and everyday life examples, but relatively few sports ones. Somewhat by default, this makes 7 Days In Hell the greatest sports mockumentary of all time. But that’s not a knock on the special itself because it is very good.

It pokes fun at tennis tropes, along with the ESPN 30 for 30 series, but like This is Spinal Tap and A Mighty Wind, it comes from of an appreciation for the subjects. In a recent Rolling Stone interview, Samberg said that he is a fan of both and that was part of the fun of making 7 Days In Hell.

Also helping 7 Days In Hell is the added realism of having HBO Sports personalities Jim Lampley and Soledad O’Brien appear along with tennis greats McEnroe, Chris Evert, and Serena Williams. Lampley may have even had the best line of the entire special when speaking about the tragic life of Aaron Williams. For comedic purposes, 7 Days In Hell also has appearances from Fred Armisen, Will Forte, Lena Dunham, and Michael Sheen as uber-creepy British talk show host Caspian Wint. 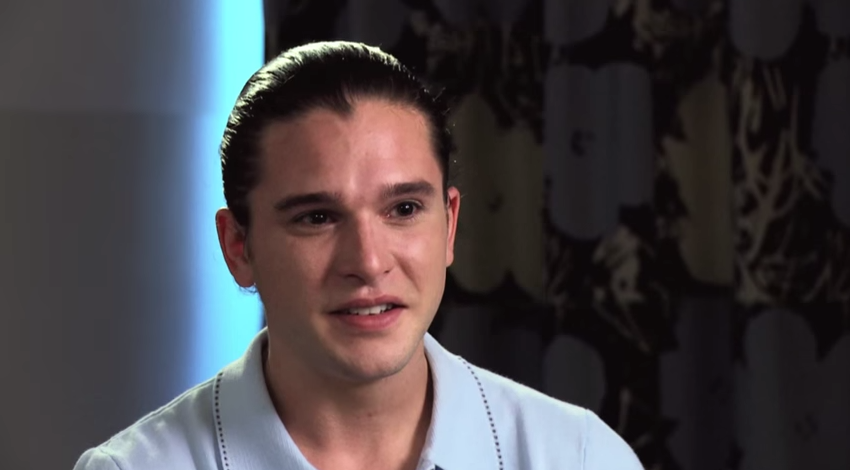 At just under 45 minutes, 7 Days In Hell is basically an extended version of one of Samberg’s Saturday Night Live digital shorts, but one without the NBC censors around to nix nudity and language. Which means you may not want to watch this one with your tennis-loving parents unless you want to squirm when Williams unveils his latest underwear design, or during the Taiwanese Animators version of Williams’ Swedish prison break.

Tennis fans may cringe a bit while watching the serves, backhands, and forehands of Samberg and Harington, but it’s obviously played up somewhat for comedic effect. Fans of Samberg from either SNL or Brooklyn Nine-Nine will feel right at home watching 7 Days In Hell, and comedy fans in general will enjoy some of the weirder turns (an overview of Swedish court sketches, for example) the special takes at times.

Directed by Jake Szymanski and written by Murray Miller, 7 Days In Hell may not rival the work of Christopher Guest, but it is a very nice addition to the mockumentary genre, and let’s hope it opens the door for the elusive sports mockumentary subgenre.