I’ve learned my lesson when it comes to underestimating Marvel.

Four years ago, I thought Thor was going to be a flop. It was one thing to sell Iron Man to a public that was only familiar with pop culture icons like Batman, Spider-Man and Superman. But Marvel grounded a character viewed as second-tier in reality, making Tony Stark an arms dealer who was captured in Afghanistan and subsequently undergoes a personal revelation. Plus, the whole concept of fighting crime in a suit of armor with the latest in weapons tech just made sense. Isn’t that how we would all approach if we had the skills and opportunity?

Yet how would Marvel fit Norse gods into that slightly realistic world it created? Well, Thor was reimagined as an alien and what we perceived as supernatural magic was actually these beings’ version of science. Once Marvel opened that door, it completely embraced its source material and didn’t worry about having to explain or apologize for making comic book movies starring superheroes. So we got The Avengers. Then Marvel went into outer space with Guardians of the Galaxy.

And now, we have a third-tier, C-list superhero with Ant-Man, proving that Marvel really can make just about any movie it wants. The studio does use it to move the story of the Marvel cinematic universe along. Your enjoyment of the film will certainly be enhanced if you’re familiar with the characters at the beginning of the film, for example. There’s also a cameo by another Marvel superhero that the marketing has unfortunately given away, which spoils some of the fun. 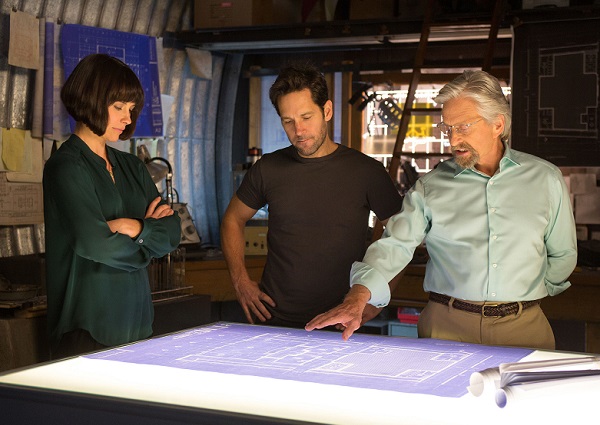 But aren’t we now at the point where you’ve probably seen all of the Marvel movies? Otherwise, why would you go see Ant-Man? Sure, maybe you’re a Paul Rudd fan. Or you’re curious as to why Michael Douglas is in one of these superhero blockbuster films. (I might have been intrigued for either of those reasons, putting my comic book geekdom aside.) Perhaps you’re an insect aficionado and just wanted to make sure this movie gets the ant stuff right.

Superhero trappings and nods to a larger universe of storylines and characters aside, Ant-Man works as a standalone film. It’s not a movie only telling part of a story, feeling like Marvel is holding out its hand for your money as it tries to sell you its next movie. (You know we’re talking about you, Iron Man 2.) This could be a heist film with hints of corporate espionage, taking its two main characters on the path to redemption. It’s not really a superhero movie, even with the Ant-Man suit. But since we know this takes place in the Marvel cinematic universe, those aspects are included, along with the action, special effects and comedy that have made these movies so successful.

This is hardly an original thought, but the other key formula that Marvel has hit on is that its movies are superhero films, but their stories are set in various genres. Thor is science fiction. Captain America: The Winter Soldier is a spy thriller. Guardians of the Galaxy is a space opera. Though the movie and TV divisions are separate, Netflix’s Daredevil is a crime story. Ant-Man definitely follows that philosophy as a heist film, but really is more of a comedy than the other Marvel films.

Yes, humor is a key element of every one of these films. Think of Thor walking into a pet store and asking for a horse. Captain America performing a USO musical tour for the troops because the Army doesn’t know what to do with him. The Hulk flailing Loki around like a rag doll in The Avengers. OK, Guardians is probably just as much of a comedy as Ant-Man, but that movie doesn’t outrightly tie itself to the greater Marvel universe as much. 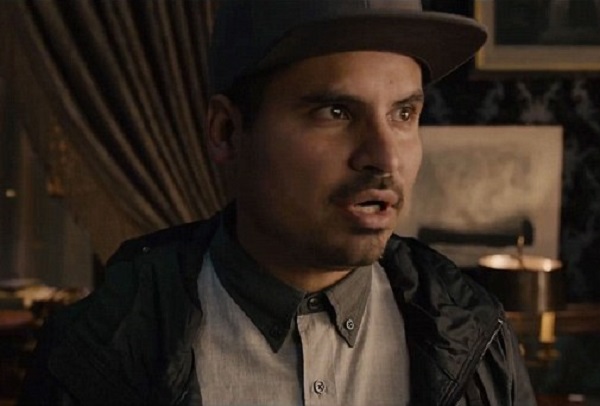 This is likely where the conflict between Marvel and Ant-Man‘s original director, Edgar Wright, developed. In my opinion, Wright was the driving creative force behind this character getting a movie to begin with. Yes, Ant-Man and Hank Pym (Douglas’ character) are original members of the Avengers in the comic books. But I don’t believe Marvel would have been interested in including him in its cinematic mythology unless Wright had interest in making a film featuring a goofy character who lived in a sci-fi and horror world of the power to shrink and communicating with ants.

So when Wright and Marvel parted ways, it was a big concern. Was Ant-Man now going to be more of a conventional superhero film, with Wright’s quirky sensibilities combed from the script? That’s the most pleasant surprise of this movie. The general audience won’t know or care that Wright was once involved. That was a hardcore movie and comic book geek concern. But his spirit is still in director Peyton Reed’s film, with comedy being such an important element of the story (presumably maintained by Rudd and Adam McKay, who subsequently worked on the script) and perhaps the best use of a supporting cast in any Marvel film thus far.

This is best embodied by Michael Pena’s character, who fulfills much the same role that Nick Frost played in Wright’s Shaun of the Dead and Hot Fuzz. Rudd could be Simon Pegg, for that matter. And Douglas is the distinguished actor that would have been Bill Nighy or Pierce Brosnan in some of Wright’s other films. But Pena is the secret star of Ant-Man, providing the movie with a far different tone and a hilarious sidekick that we haven’t seen in the previous Marvel movies. He’s a fellow thief like Rudd’s Scott Lang, but is also a stand-in for the audience, getting the call up from the normal world into a fantastical one.

(Unfortunately, this isn’t going to silence those who think the biggest problem with Marvel films is their villains. I’m a big fan of Corey Stoll, based mostly on House of Cards, but his character just isn’t that well-defined. His character, Darren Cross, isn’t the mustache-twirling bad guy that the trailers portrayed him as. There are hints of being chiefly motivated by his mentor, Pym, not trusting him with his most cherished inventions, which fuels insecurity over his skills as a scientist and inventor. But eventually his intentions become — sorry for this — very small and not very compelling. However, his Yellowjacket suit looks really cool.) 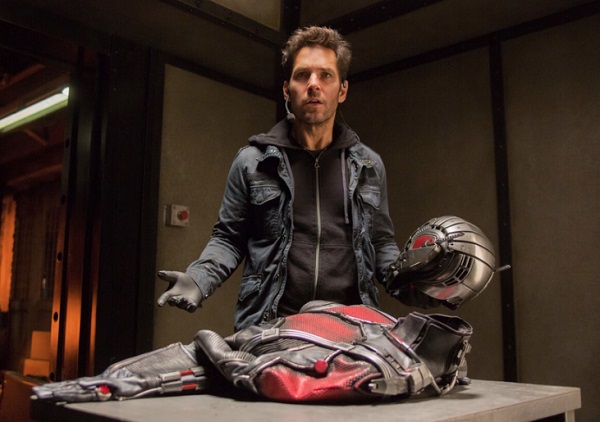 Yet Ant-Man works as pure geek fantasy too. The whole idea of a guy who could shrink down to the size of ants, befriending and leading them, worked really well on the comic book page, especially when drawn by Jack Kirby. (Loved the nod to “Tales to Astonish,” the title in which Ant-Man debuted.) To see that brought to life on screen, with the very practical view of how these ants work and would be utilized in a world resembling our own, is a huge thrill.

There were several times during which my inner 12-year-old fan was so excited to watch something he thought he’d never see: A superhero running around with ants, shrinking and growing, and using those powers against the bad guys! (The fight scenes incorporating those abilities, and how concepts like mass and the proportional strength of ants factor into them, are very well done.)

That feeling also applies to seeing a character closely associated with Ant-Man and Hank Pym in the old Marvel Comics. Longtime readers and fans will love seeing that appearance, in addition to how it will possibly influence future Marvel films.

Honestly, I think my enjoyment of Ant-Man has increased as I write about it here. And I’m eager to see it again. That hasn’t always been the case with Marvel and other superhero films. Sometimes, once is enough. But there’s enough going on in this movie that I’m pretty sure I missed something and will have an even greater appreciation for it with another viewing (or three). It’s a hell of a lot of fun.