We made it! We are now living in a post-Force Awakens world. Star Wars: The Force Awakens has been in theaters for a week, completely taking over the culture and making millions upon millions at the box office. By the end of 2015, the movie may have earned $1 billion globally.

Here at The AP Party (and our mothership, The Comeback), we’ve posted a spoiler-free review and taken deep dives into individual characters. But a few of our writers wanted to have a discussion, get spoilery and look at the entire scope of The Force Awakens. If you haven’t seen the movie yet, go do that before reading this. We’ll still be here when you get back.

Let’s start off with the basics, what did you think of Star Wars: The Force Awakens? Did you find it to be a worthy addition to the franchise?

Tyler Lyon: I really liked the movie and was on the edge of my seat from the moment “Star Wars” came on screen. More than anything else, I’m happy to now say I’m confident J.J. Abrams, even as a producer on future movies, knows how to take care of the franchise. I can’t wait to see it again.

Jeremy Klumpp: I thought it was a lot of fun. It had some moments that didn’t really click for me, but overall I think it set up the rest of this trilogy nicely. I’m really looking forward to seeing what directors who were fans of the original trilogy like Abrams and Rian Johnson will do with these stories, especially if George Lucas is going to be hands-off like he was for The Force Awakens.

Tim Livingston: I felt like, regardless of what the overarching theme was, it was definitely a Star Wars movie. Its essence was apparent from the get-go. The only thing that mattered to me leaving the theater was whether or not my first reaction was, “J.J. did it.” And then, when it was over, the only thing I could think of was that he did it in spades. I thought it was definitely worthy of the IV-VI trilogy and a true addition to the franchise, along with being a fantastic movie in its own right. 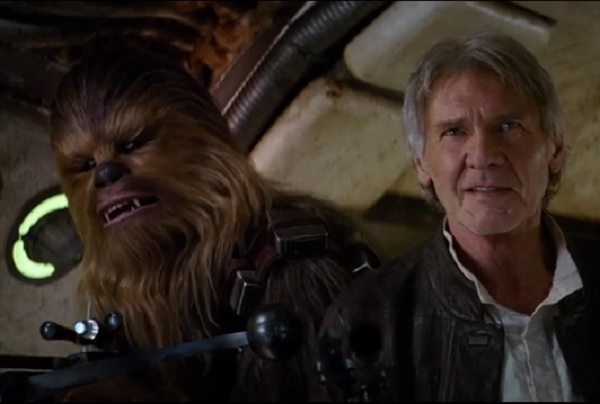 A lot has been made of the film’s relationship to the audience’s nostalgia for the original trilogy, especially A New Hope. How did you feel about the way The Force Awakens referenced the original Star Wars? Did that bother you or was it a welcome return?

Tyler: For now, I’m fine with the narrative callbacks to A New Hope, as it was important to wash out the taste of the prequels. I was actually very impressed with the way Abrams was able to package familiar characters, stories and set pieces in a way that felt new. That might be nostalgia-influenced at this point, but I’m confident I will feel the same after subsequent viewings — and trust me, there will be plenty.

My only concern with relying on previously used plots is that Episode VIII and VIX will closely follow The Empire Strikes Back and Return of the Jedi, respectively. It was important for the series to reclaim everything that won over fans in the beginning, but I’m ready to see some new takes on the “hero’s journey” story.

Jeremy: I really hope that the references, unless they’re necessary to the plot, take a backseat during the next two films. Did we really need Han Solo to suggest putting Captain Phasma in a trash compactor? I think they were my least favorite part of The Force Awakens, but I also understand Abrams thinking they were necessary because the prequels left such a bad taste in everyone’s mouth. The references almost scream, “Hey, this one is like the original trilogy!”

Tim: This might be an unpopular opinion, but I feel like Abrams actually owed it to us to make a movie reminiscent of the original trilogy. The callbacks, the desert planet, the droid and the bright young hero(ine), the planet destroyer, all the original characters they could muster, all of it. The familiarness of the original trilogy is what makes anyone hopeful for the new movies to be any good. Abrams HAD to play off that. Most of the references were pitch perfect (some weren’t so much), but at the same time, those nods to the original trilogy rang true. Even though they were super-meta, they didn’t take away from the enjoyment.

The reason why the Star Trek reboot was SO good was that Abrams was able to take things and base them off a much larger universe that, while still beloved, could be used in a more referential way. It wasn’t important that he got a specific story right (a lesson he learned all too well for Into Darkness) but it was important that it FELT like a Star Trek film. This felt like a Star Wars movie. It could have been a shot-for-shot remake and I still would have left excited. 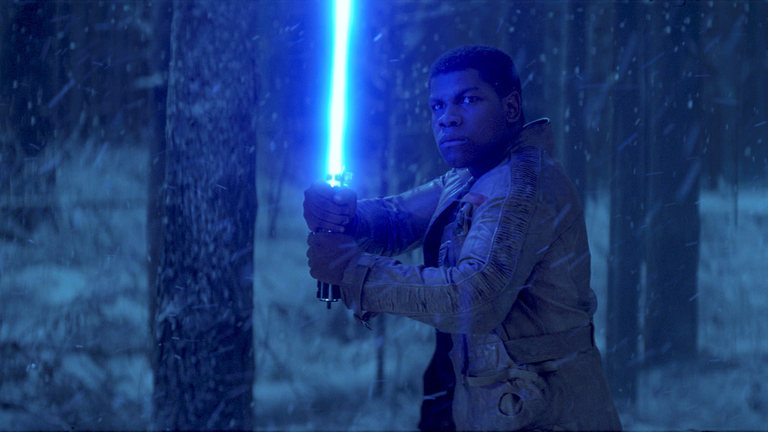 This film is loaded with several new characters, particularly new heroes Rey (Daisy Ridley), Finn (John Boyega), and Poe Dameron (Oscar Isaac) and new villains in Kylo Ren (Adam Driver) and Supreme Leader Snoke (Andy Serkis). What did you think of the new faces and did the movie properly share screen time between the newcomers? Where there any characters you would have liked to see more from?

Tyler: Overall, I was very happy with the characters. Poe Dameron stood out as the swashbuckling rebel pilot akin to Han Solo in A New Hope. I also loved Daisy Ridley as Rey. She’s definitely the Luke Skywalker of the series with her unknown familial origins and strong connection with the Force. But she also has street smarts like Han Solo, which makes her a very interesting for the franchise.

I also really liked Finn for his comic timing and definitely enjoyed his scenes on a turret. That being said, I have a lot of questions about his early motivations. If he was captured and conditioned at an early age to be a Stormtrooper, then how would he know that shooting unarmed Jakku innocents was wrong, other than “bad guys are bad”? It made the character feel less essential, especially when compared to Rey. I was also disappointed we saw so little of Captain Phasma and that her payoff was just a trash compactor reference after marketing materials depicted her as a real badass.

I found Kylo Ren interesting in that he was more Sith apprentice than Sith Lord. His internal conflict between the light and dark side makes him a Star Wars villain we haven’t seen before. This will also make his inevitable turn to the light side much more understandable than Vader’s in Return of the Jedi, where he suddenly became conflicted about his moral compass related to the Force.

Jeremy: I was surprised by Kylo Ren as well. He was billed as the big bad guy, but got pushed around a lot and acted out like a kid not getting his way on more than one occasion. Hopefully, the additional training from Snoke, along with turning to the dark side by killing his father will help make him a darker, more frightening character in the final two films.

Poe Dameron’s story felt incomplete. I wanted to know more about the Resistance’s “most daring pilot.” For example, how exactly did he get from the crashed TIE Fighter back to the Resistance? Isaac’s a great actor, so I’m glad Abrams expanded Poe’s role instead of keeping the cameo that was originally planned for the character.

Tim: In looking at the new characters, only one movie worth of screen time seems like giving them all an “incomplete” if you were grading them. That being said, Rey was fantastic and her backstory becomes the most important part of all these movies, obviously. Poe Dameron seems like someone who will be leaned on more heavily as the story expands, just because he seems like a more important character than you saw here. Although he did have some important parts in the most story-driven moments of the film. Finn was a breath of fresh air and his expansion will be as important as Rey’s.

If the usual trilogy rules hold up, the Dark Side will make its presence known in Episode VIII, but my hope is that you get a Luke/Kylo showdown to explain how Kylo became such a monster in the first place. Phasma just acquiescing like she did points to her turning a lot like Finn did, but she didn’t get nearly as much time in this film and it was disappointing because it’s Brienne of Tarth, damn it! I don’t care nearly as much about Snoke as I probably should because he’s just a hologram at this point (a lot like Thanos at this point in the Marvel Universe, frankly). But I hope we get a chance to care in the other films. (We probably will.)