Season Six – Winner: Aarti Sequeira
In what was a really down year for Star, Sequeira won because of her ability to merge American food with Indian influence. Aarti Party ran for three seasons. Sequeira also hosted a Cooking Channel show, Taste in Translation, for six episodes in 2013. She has since released a cookbook, but hasn’t found much success on television.

Other Competitors of Note: Runner-up Tom Pizzica hosted a handful of specials after being eliminated.

Season Seven – Winner: Jeff Mauro
After the first episode of this season, the show was retitled Food Network Star, a name that has been used in every episode since. And for the first time since season two, we had a winner who is still actively involved with the network.

Mauro started out with his cooking show, Sandwich King, which ran for six seasons and ended last year. He parlayed that opportunity into a travel show titled $24 in 24, which saw the host venture to a different city each week and survive an entire day on (you guessed it) $24. The latter ran for just seven episodes, but it took advantage of Mauro’s great broadcasting persona.

I’m not Bob Tuschman, but if I was, I’d have Mauro, the self-proclaimed sandwich king, hosting a show called Sandwich Kings, where he travels around the country and highlights great sandwiches, a la “Triple D.” For now, Mauro is one of the many hosts on The Kitchen along with co-hosting duties of the Star Salvation web show.

Other Competitors of Note: Penny Davidi and Vic “Vegas” Moea have both been seen on Bar Rescue as culinary experts.

Season Eight – Winner: Justin Warner
A new season and new changes hit the series, which saw Tuschman and Fogelson take a back seat from the on-air judging process and split all of the contestants into three teams, each one captained by a certain Food Network personality. Alton Brown joined the show, assisting Bobby Flay and Giada De Laurentiis as a judge/mentor because apparently Brown can’t cook on a show that isn’t Good Eats. It turns out Brown knew a thing or two about hosting a cooking show as Warner was on his team.

Warner’s cooking show career went downhill from that win for multiple reasons. After his mentee’s win, Alton Brown dropped out on the production side of his show, and it seemed like Warner became an afterthought on the network. Warner eventually starred in a one-hour special called Rebel Eats, but there was no series to follow it up. Aside from seeing him on Beat Bobby Flay, he hasn’t been making much noise. He has moved onto writing a cookbook titled The Laws of Cooking and How to Break Them, due out in October.

Other Competitors of Note: Cristie Schoen, who was eliminated the first week, and her husband were murdered earlier this year in North Carolina.

Season Nine – Winner: Damaris Phillips
The team setup of season eight was thrown out the window, though the same mentors returned to oversee all of the contestants. There were also only a dozen competitors as opposed to the fifteen in season eight.

Phillips was never singled out in the bottom three en route to an impressive season win. Her popularity has stayed strong, as Southern at Heart is still running after four seasons. Earlier this summer, Phillips got married, and she has also appeared on The Kitchen and Food Network Star over the last few months.

Other Competitors of Note: Stacey Poon-Kinney was well-received by plenty of fans and critics, but her elimination in the penultimate episode saw a fair bit of backlash. Chris Hodgson, who went to the same high school as me, also competed on this season.

Season 10 – Winner: Lenny McNab
Sometimes being a completely horrible troll behind a keyboard has its downside. McNab posted over 6,000 times on forums pertaining to The Ron and Fez Show, with plenty of NSFW comments and videos coming to light after he was declared the winner. Needless to say, his series never materialized, though the Food Network website hasn’t completely scrubbed his name off their contestant pages. This is something to keep in mind, commenters, because you never know when your trolling could come back and haunt you.

Other Competitors on Note: As of now, no season ten contestant has made a dent on television.

How Many True Stars Are There?
Based on its own singular goal of creating stars, Food Network Star has failed. By my count, Star has created just one big name, Guy Fieri. Melissa d’Arabian and Aaron McCargo had solid runs, but they were never really faces synonymous with the FN brand. The only hope of a second star at this point is Jeff Mauro, who I personally enjoy watching. I see him as a Midwestern version of Guy Fieri, though he has yet to find a jumping off point.

But Mauro should consider himself lucky considering the fates of other competitors. Winners tend to be the only competitors who earn shows, and even then, they might never earn enough airtime to make a dent amongst the reruns of Chopped and Diners, Drive-Ins, & Dives that flood the network’s schedule.

Viewers tune into Food Network Star in impressive fashion, but not enough of them follow the winning chefs to their cooking shows. This could be for two reasons. The first is time slot. Sunday nights are much more conducive to viewers than Saturday or Sunday mornings, as evidenced by overall show ratings. Obviously, not all of Star’s viewers are going to jump ship and follow a winner, but if the new show aired in a similar time slot, the drop would likely be less severe. 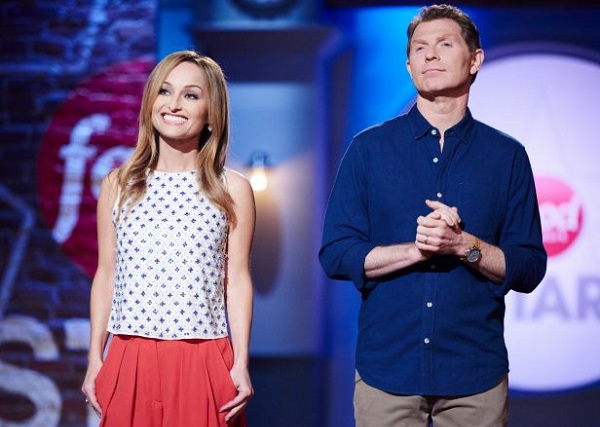 The other big problem is show format. Personally, I watch a nice amount of Food Network, but I do not bother with the straight cooking shows. I enjoy what I’ve seen of The Kitchen, but that’s as far as I go with recipe shows. I used to watch plenty of Chopped, but my favorite shows on the network nowadays are Beat Bobby Flay and Cutthroat Kitchen, which are competitions. Season-long competitions, like Worst Cooks in America and The Great Food Truck Race, also earn my attention.

But the morning cooking shows just don’t do it for me anymore. That same sentiment could carry over to the fans of Food Network Star, as they may enjoy the drama that comes with “creating” a Food Network personality but they may not enjoy said personality.

Regardless of why (Guy Fieri notwithstanding) winners of Food Network Star have failed to attract viewers, there is an importance in noticing how poorly the show’s supposed favorites have fallen on their faces. Once again, the Food Network is lying right in viewers’ faces.

For 10 seasons, Food Network Star has been able to mooch off of the singular star they created and that shouldn’t stand any longer. And as another season nears its end, another doomed cooking show will earn its wings for a few seasons, if that. But sooner rather than later, that show will be canceled, just like nearly every other show that has bloomed from the roots of Food Network Star.