The biggest week of the year is upon us… at least for gamers. Next week, the Electronic Entertainment Expo — more commonly known as E3 — will descend upon the L.A. Convention Center, where publishers and developers will showcase all the video games we can look forward to in the fall and beyond.

Some of E3’s most memorable moments have included the unveiling of the Nintendo 64 and its flagship launch title, Mario 64; the incredible Halo 2 gameplay demo (which ended up not being a part of the final game) and Sony dropping the mic by announcing a $400 Playstation 4 when Microsoft announced a $500 Xbox One earlier that day. Yes, the internet — a venn diagram of internet commenters and gamers making a near-perfect circle — will be abuzz with reactions and with good reason.

This also may be the busiest E3 in some time, as there will be eight conferences (three console-makers, four game publishers and one for PC gaming) as opposed to the usual six. (Publishers Bethesda and Square usually make their announcements during the console presentations.) Keeping track of everything is a daunting task, even with the show available to stream in more places than ever before. And while everything is worth checking out, there are some major titles that shouldn’t be missed. Here is a breakdown of each conference.

Last week, Bethesda announced their much anticipated (and expected) sequel Fallout 4. The post-nuclear apocalypse RPG made the jump to first-person last generation. The game takes place in a 50’s future wasteland that was once Boston. What’s left of the city is an entirely open world full of mutants, new societies and wreckage to explore.

Bethesda released a trailer for the game that makes it look like an direct evolution of the previous game. Look for more specific announcements including gameplay improvements, including better shooting mechanics and most importantly, a release date. Many believe the game will be released this fall, which would significantly change the release landscape, likely forcing some games to move out of the way.

The Maryland-based publisher is also expected to make more announcements for Doom, the latest in the series of first-person-shooters that started the genre on PC back in 1993. This is also the first entry in the series from Bethesda. They first announced the game in 2008, so expect more details about the story and tone, as well as the beta that was given with the pre-order of Id’s 2014 game, Wolfenstein: The New Order. That should also include gameplay, since a title was recently released.

Though no announcements have been made, it wouldn’t be surprising if Bethesda revealed their plans for the MMORPG (Massive Multiplayer Online Role-Playing Game) The Elder Scrolls Online, since it finally released on consoles this week after being on PC for over a year. These will likely include plans for supporting all three versions of the game over the next year and there will likely be some information about the game’s first expansion pack. 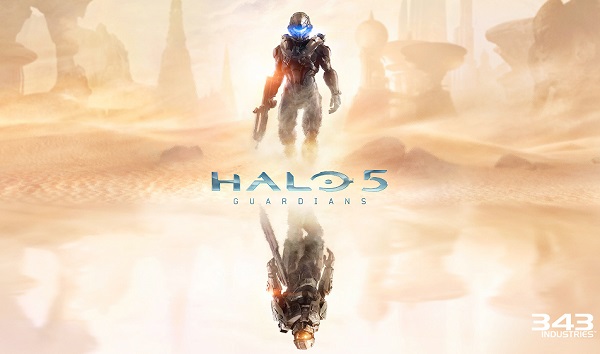 With the biggest lineup of upcoming games exclusive to the Xbox One, no conference will be dense with content than Microsoft’s. On the hardware front, the company has already announced a new console that includes a 1TB hard drive and revamped controller with a 3.5 mm headphone jack. This allows gamers to use their earbuds with an inline mic (such as those that come with an iPhone) as a headset, which previously required an adapter.

The current 500GB version of the console will stay at its sale price of $350, while the 1TB version will come with a new controller and be $400. As an owner of a fully loaded 500GB model who added an external hard drive for more room, I recommend spending the extra $50 when the new SKU drops on June 16.

Headlining the exclusive games that will appear at the conference is Halo 5: Guardians, which is set to release October 27. Developer 343 Industries face some skepticism from fans as last year’s Halo: The Master Chief Collection (a compilation of Halo, Halo 2, Halo 3 and Halo 4 remastered for the new console) was plagued with bugs that made online play near-impossible.

However, the Halo 5 multiplayer beta went by without any major flaws so there’s reason to believe the full game will follow suit. It’s also likely that Microsoft will announce a second beta next week. Look for more details on the campaign next week as well, since we only know what we have seen in the above teaser.

Gears of War, Microsoft’s other major franchise, will also have a role at the conference. The fifth entry of the series, though likely referred to as Gears of War 4, will likely expand on the title teaser at last year’s conference. Also, leaked information about a remastered version of the first game is set to come out early next year, which should hold Gears Heads over until fall 2016.

Last year, Microsoft also showed a teaser for a reboot to Crackdown, the open-world super-police game set in a future, fictional setting. The original game was a surprise hit on the Xbox 360. Leading up to its release, Crackdown was known more for including access to a Halo 3 multiplayer beta. Ruffian Games released a sequel that incorporated zombies in 2010 that was met with disappointed reviews. It’s expected that the game will be a return to its roots with a larger city and more stats to build as players take out crime lords. I would also put my money on this getting a release date similar to the original in order to capitalize on the vacant portion of the release year.

There should be plenty to see at the company’s conference, as Head of Xbox Phil Spencer has gone on record to say this is the Xbox One’s action/adventure answer to Sony’s Uncharted series. With that game delayed to a later date, expect Microsoft to take advantage with plenty of gameplay footage on Tuesday.

The other AAA title for which to look out is Scalebound, a fantasy action game from Platinum Games, who made the original Bayonetta game. The company released a trailer at last year’s E3 press conference and we haven’t seen much since. Hopefully, this will include some gameplay as the first trailer only included a CG trailer, albeit an impressive one.

The most debated part of Microsoft’s conference is whether they will make any announcements regarding the Minecraft franchise. Microsoft purchased the runaway hit’s developer, Mojang, back in November and hasn’t made any announcements about their plans for the series. The franchise’s past releases on competitor consoles are still available and Telltale Games is planning a story-driven mode for the game (to be released on all platforms). It’s widely expected that the inevitable sequel will be exclusive to Xbox One and PC. 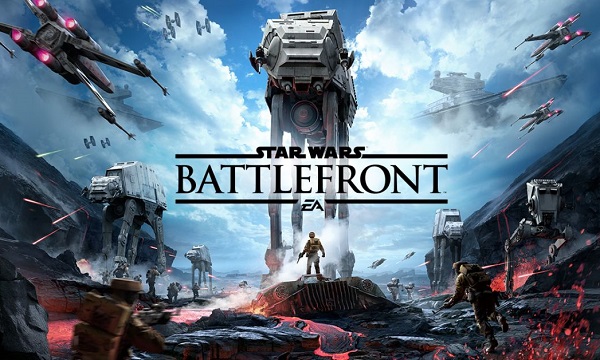 The publisher best known for their sports series has plenty of other games to show off next week. At the top of that list is Star Wars: Battlefront, a return to one of the best-selling franchises of the sixth generation (Playstation 2, Xbox and Gamecube). This time around, DICE, the developer behind the Battlefield series, has taken the reigns.

We already know Battlefront will abandon a single-player campaign in favor of multiplayer matches in which players can take up with the Rebel Alliance or Galactic Empire on Hoth, Endor, Tatooine and Sullust. The new Force Awakens locale Jakku will release as free DLC close to the film’s release. So far, we have only seen a trailer using the game’s engine for graphics but no actual gameplay. That’s expected to change next week since the game releases Nov. 17.

Since EA is the exclusive publisher of all future Star Wars titles, they are also working on an untitled project with the help of former Naughty Dog creative director Amy Hennig, who led work on the stories for Uncharted, Uncharted 2 and Uncharted 3. Before Disney purchased LucasArts, the company showcased a vertical slice of Star Wars: 1313, with gameplay similar to the Uncharted series, only to be cancelled after the Disney purchase. There hasn’t been any confirmation that the new game is one and the same, but given the progress made before the cancellation, it wouldn’t be surprising.

EA’s other non-sports, flagship franchise is the action RPG Mass Effect. The trilogy neatly wrapped up in the third entry last-gen but over the course of the series, developer Bioware created a rich universe that rivals the likes of Star Trek with plenty of room for more stories. At last year’s conference, EA showed a developer’s diary video that basically said “they are making another game.” Since the game won’t release before Fall 2016, it’s likely they will only show a CGI trailer.

Making a comeback since its release in 2007 is Mirrors Edge, a unique first-person, parkour platformer set in an Orwellian future. Gamers played as Faith, a rebel looking to overthrow an oppressive government. The game didn’t sell well but with a dedicated fanbase, EA is releasing the sequel Mirror’s Edge: Catalyst. Little has been seen from the sequel other than the teaser at last year’s E3. The game is currently set to release Q1 2016, so we should get a definitive release date and gameplay demo.

Even with this impressive line-up, EA still has four sports games coming out this year. Madden NFL 16 will iterate on the strides that made Madden 15 one of the better sports games from last year by improving interactions between receivers and defensive secondary. FIFA 16 will finally include female players in the form of 12 international squads, and NHL 16 will include most of the features removed from last year’s game.

But most noteworthy is NBA Live 16, the last entry part of EA’s contract with the NBA. The series is a far-second to 2K Sports’ NBA 2K series and the cost of the NBA and National Basketball Players Association licenses might be too costly to justify future production. But NBA Live 15 made significant improvements from NBA Live 14 and the state of the franchise makes it one of the most intriguing titles at the show.