I don’t think any film series in recent memory continues to baffle and impress me more than the Mission: Impossible franchise.

When the first one was released in 1996, even with Tom Cruise starring, it seemed to be jumping on the wave of movies adapting popular or cult TV shows. But with Cruise’s star power and producing cred, the franchise always had life, always had a chance to keep chugging ahead. Still, just about every time a new Mission: Impossible film is announced, I have the same reaction: “Shit, they’re making another one of those?”

These movies have always seemed to suffer from an identity crisis. On one hand, it’s exciting that Cruise let Brian De Palma and John Woo put their distinct stamp on the action movie/spy thriller genre. He also took a chance on J.J. Abrams as a director, when he was known far more for being a writer and TV producer. But such different creative voices and takes on the material led to a rather inconsistent set of films. De Palma made a twisty thriller. Woo tried to make something more transcendent with overarching themes. Abrams wanted to delve into the personal life of a secret agent and action hero.

However, with the previous Mission: Impossible installment — Ghost Protocol — and the newest edition — Rogue Nation — the series and Cruise really seem to have found a comfort zone. No longer are these films used as a delivery device for a particular type of story or theme. They now embrace being excellent action movies with spy movie tropes geared toward purely entertaining by providing something viewers either haven’t seen before or haven’t seen executed so well.

That’s not to diminish either Brad Bird (Ghost Protocol) or Christopher McQuarrie (Rogue Nation) as filmmakers. Far from it. 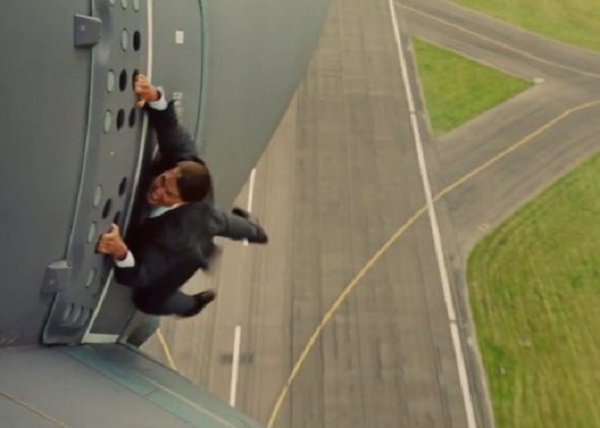 Bird was another example of Cruise taking a chance on an exciting director known previously only for his animation work. But his eye for action and spectacle translated superbly to live-action. McQuarrie may be known more as a writer (The Usual Suspects, Valkyrie, countless uncredited polishes on other screenplays), but showed in his previous collaboration with Cruise on Jack Reacher — which I think is criminally underrated — that he could make a lean, tight action thriller that focused on story but left room for character study.

Since that collaboration, McQuarrie and Cruise have developed a beautiful creative partnership. McQuarrie wrote last summer’s inexplicably overlooked Edge of Tomorrow, and reportedly is consulted by Cruise on virtually anything he works on now which is really smart, considering the writer’s gift for story and character. (Personally, I’m just a big McQuarrie fan. I would have loved to see him get to follow through on his vision for the X-Men franchise.)

McQuarrie isn’t trying to make “his” movie or use the Mission: Impossible franchise as some sort of commentary on the genre. He (and Bird before him) just want to create a damn good, thrilling action movie with major set pieces, fantastic stunts and memorable characters, sprinkled with the gadgetry and espionage we love in spy films. (Don’t worry — the plane stunt you’ve seen in all the trailers and ads is hardly the best of the movie, and it happens surprisingly early in the story.) And that’s exactly what’s been accomplished with Rogue Nation.

I don’t know if I’d call this the best of the Mission: Impossible films, which is a sentiment I’ve seen from several critics over the past couple of weeks. Give me (give us, as a culture) some time to unpack and maybe go back to revisit the previous movies, which have spanned over nearly 20 years. But it’s probably in the top two. I’m partial to Ghost Protocol, if for no other reason than I think it makes better use of the entire supporting cast — especially Simon Pegg — while also weaving in references to the entire series.

However, Rogue Nation provides the best showcase ever for a character besides Cruise’s Ethan Hunt in British spy Ilsa Faust (played by Rebecca Ferguson). I haven’t seen Ferguson in anything else before and the entire time I watched her on screen, I wondered why she hasn’t gotten a breakout role before. She has one now. 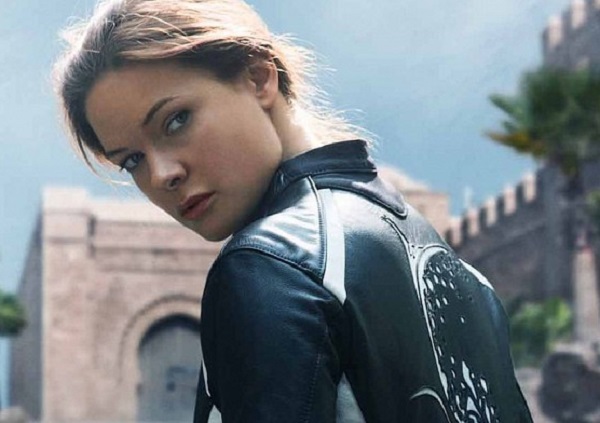 The argument could be that Ferguson is the real star of this movie. Faust is certainly its most intriguing character. She’s ruthless, tough, conflicted and incredibly sexy. (Credit to McQuarrie: Even in scenes that could be viewed as gratuitous, with Ferguson in a bikini or dresses with thigh-high cuts, they serve the story and her character. She’s in a pool to test how long she can breathe underwater and having more flexibility in a dress allows her better position for a rifle shot. Of course, there’s at least one other scene in which Ferguson undresses that simply displays how gorgeous she is. But hey, Cruise gets his obligatory shirtless scene.)

It’s easy to see why Hunt and the rest of the IMF team become so infatuated with her (besides the role she plays in their mission, obviously). I sincerely hope Ferguson is part of the next Mission: Impossible movie. One of my pet peeves with the series is how it’s discarded promising female characters like Maggie Q in the third film and Paula Patton in Ghost Protocol. It would be fun and refreshing to see Cruise have an equal partner on screen, rather than everyone just acknowledge that Hunt is the best at what he does and simply can’t be stopped. (This comes up several times in Rogue Nation.)

Jeremy Renner looked like he was being groomed for that in the previous film with his William Brandt character, but he’s frustratingly sidelined here. It’s almost comical how little he’s utilized. Rather than see action in the field, he spends most of the movie arguing on IMF’s behalf before committees or in control room communications with Pegg. Even when Brandt finally joins the fun, he mostly serves to affirm what an awesome agent Hunt is. Renner should have reminded McQuarrie that he’s friggin’ Hawkeye. Maybe Renner is better suited for sidekick roles than leading man status, but as a fan of his, I’d like to see him get that opportunity. 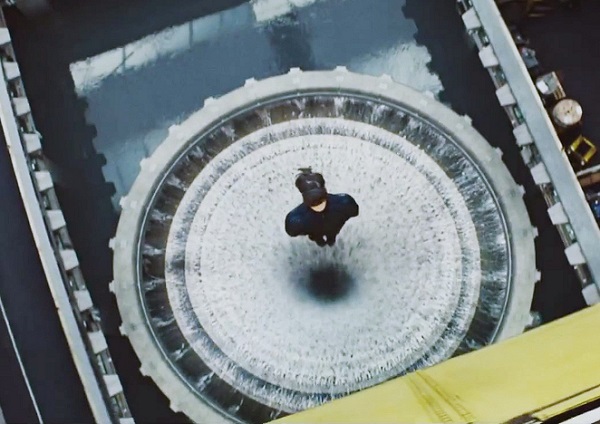 I think it’s also time that Hunt gets a truly worthy adversary in these Mission: Impossible films. (Though I get that the impossible circumstance and subsequent stunt are really Hunt’s opponent in these movies.) Sean Harris’s Solomon Lane comes close. He’s certainly written as a fearsome villain with vision, one who plans accidents, disasters and civil uprising to cause maximum chaos and break down the influence that world superpowers and their spy organizations hold in global politics. It’s also intriguing how he seems to be in Hunt’s head and stays a step ahead of him throughout the story.

But with no disrespect intended toward Harris, it would be fun to see someone who comes close to matching Cruise’s star power on screen. Mission: Impossible III came closest with Philip Seymour Hoffman’s Owen Davian and the second film tried to present Dougray Scott’s Sean Ambrose as a mirror image to Hunt. But even if you know Cruise is always going to win, it would be nice to feel just a little bit of doubt as to whether or not Hunt can beat this guy. Like Batman versus Bane in The Dark Knight Rises. Or even James Bond versus Raoul Silva in Skyfall.

Maybe Cruise is simply a force of nature that overwhelms everything in his path. But I’d love to see the next Mission: Impossible film try to take him down a peg, especially after Rogue Nation makes it clear just how nigh-invincible Hunt is.

Yet despite writing about what I’d love to see from the next installment in this series, I certainly appreciate what the current edition gives us. It’s probably the best action movie of the summer (though Mad Max: Fury Road was an unexpected delight in that regard). Cruise is just really good at what he does, constantly raising the bar to entertain moviegoers as much as he can. This is him at his best, as he and the Mission: Impossible franchise have truly come together wonderfully like chocolate and peanut butter. These movies have finally found their identity. I hope he and McQuarrie team up on another one.