Going into Spectre, I wondered if critics and media had already decided how they felt about this film beforehand. Almost all of the advance coverage seemed to focus on who would play James Bond after Daniel Craig.

Craig certainly didn’t help matters by saying in an interview that he’d “rather slash his wrists” than play Bond again. Never mind that Craig was likely burned out after filming Spectre and endlessly promoting it. Of course, he wants a break and wants to try a different role. Craig brings more physicality to Bond than any of his predecessors have. Making one of these movies is surely grueling. This narrative conveniently overlooks the fact that Craig is contracted to play Bond in one more movie, but hey, that doesn’t fit the story.

So with the knowledge that Craig was thinking more about not playing Bond again than the next time he’ll suit up as 007, along with director Sam Mendes having to be talked into coming back to make a second consecutive Bond film, perhaps it was difficult to watch Spectre and not perceive actor and filmmaker as going through the motions. Was this an exercise in completing an obligation, rather than collaborating on another damn good James Bond movie (which I think most people believe Skyfall definitely was)?

It’s difficult to draw that conclusion from the opening sequence. Mendes and company certainly do not disappoint in living up to the expectation of beginning a Bond film with a dynamic action set piece. (It’s something that Christopher Nolan tried to emulate with his Dark Knight Batman films, for example.)

Taking place during Dia de los Muertos in Mexico City, the sequence is Bond at his best, showing his skills as a spy, ladies man, assassin and all-around action hero. Agent 007 nimbly navigates city streets packed with costumed revelers, a hotel room with a yearning woman, rooftop ledges jumping from building to building and then collapsing structures after an explosion. And the action escalates from there, going to the skies in a thrilling fight scene aboard a helicopter flying in ways you’ve never seen before. 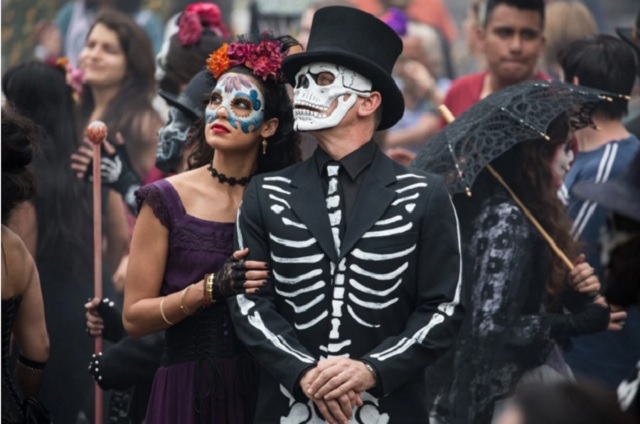 It’s amazing and sets the tone for the rest of the movie. Unfortunately, the film that plays out from there doesn’t stay at the high level established by the opening. Actually, that could be said about Spectre, which can’t reach the bar put in place by Skyfall, arguably the best Bond film since Sean Connery played 007.

What made Skyfall great is that it raised the stakes for the Bond character. He was vulnerable and human. At the beginning of that film (after another gonzo opening sequence), Bond is broken down. All that fighting, gunplay, and jumping from various buildings and aircraft has taken its toll. Bond might be getting too old for this shit. In the meantime, the sins of the past have come back to haunt Bond’s boss M, the MI6 agency and the agent himself. By the end of the film, Bond has lost more than he ever has in a previous film, giving us a look at the character we’ve never seen before. Where Mendes and Craig would take Bond from there is one of the things that made Spectre so promising.

But maybe that’s part of the problem. James Bond is a character that has to keep going, has to be reinvented with new stories and modern incarnations. As fulfilling as it’s been to have continuing plot threads and serialization run through the four films that Craig has done, it feels as if that mythology has created a burden for Spectre — much like we see in comic books, which compels Marvel and DC to reboot their entire publishing line of characters every five years or so.

This film is set up as the culmination of the latest Bond saga, with references to Le Chiffre, Dominic Greene and Raoul Silva, villains from the past three movies. Bond is reminded of Vesper Lynd, the woman he fell in love with and lost during Casino Royale. And then, of course, M, the mentor whom Bond arguably failed in Skyfall. All of this has been building toward something, presumably orchestrated by Franz Oberhauser (Christoph Waltz), the leader of the evil terrorist organization Spectre.

Yet even though this is supposed to represent the payoff of the previous three Bond films, the significance of that never quite lands. Waltz is a spectacular actor, but somehow doesn’t feel menacing as an adversary for Bond. He almost comes across as more of a nuisance. That’s not Waltz’s fault; it’s how the role of Oberhauser is written. And even when we learn the grand revelation of the character — one which most longtime Bond fans already guessed a while ago — there’s just no weight behind it. 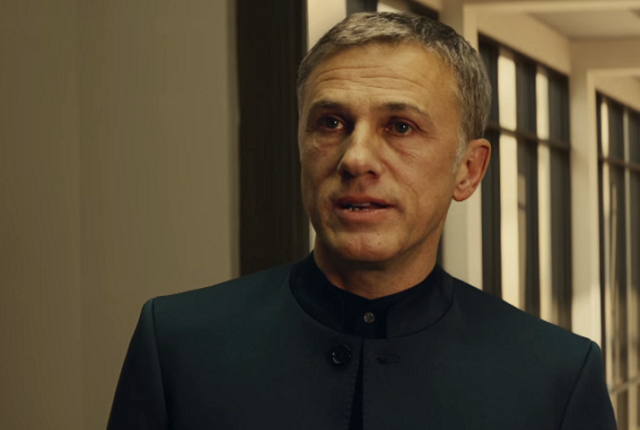 This should have been the moment where everything about this reinvention of the James Bond mythology came together. Instead, it just feels like another five minutes of this particular movie. The four writers who worked on the Spectre script (three of whom were writers on Skyfall), Mendes and Craig (let’s blame him too, since he’s a producer on this film) just seem to think names and visual cues are enough. They don’t make those moments resonate the way they should have for both old and new Bond fans.

While I’m hesitant to jump aboard the wagon of critics that say Craig and Mendes seem to be going through the motions with Spectre, it does feel as if everyone involved is serving an obligation, rather than moving the story forward. The intentions are there, especially with a storyline involving the MI6 and “Double-O” agencies being shut down and greater use of surveillance by spy agencies around the world. But rather than give the story resonance, they come across as trifling points inserted to make the movie — and the Bond mythology — feel more relevant to the real world. But those plotlines don’t factor into the final outcome, so why was so much time wasted with them?

We’re basically being told that this Bond film is supposed to really matter, but it ultimately feels as if writers, actors and director just wanted to get it over with. Hit all the familiar notes, like Bond ordering a martini, sleeping with gorgeous women (including the wonderful Lea Seydoux, who truly deserved a better role) and using the new gadgets with which Q (again played with wit and charm by Ben Whishaw) supplies him. What has made the last few Bond films with Craig so successful is that they didn’t feel like the movies that came beforehand, even when references were made to the character’s previous mythology. This was a reinvention. So to fall into the same tropes is very disappointing.

Of course, this isn’t the last James Bond film. As always, the final credits promise that “James Bond will return.” But Spectre is made to feel as if it could be the last adventure for this particular incarnation of Bond, despite introducing a character that will surely be seen in future movies — or at least he should be, if he’s supposed to mean anything. The hope here is that it’s the last Bond film for Mendes, who packs Spectre with many beautiful shots, almost making the art film that many feared he would with Skyfall. He has nothing more to say with the character, so let someone else do it next time. That will surely invigorate Craig as well, who deserves a far better send-off with all the work he’s put into his version of Bond.