This year’s Golden Globe Awards gave us plenty to think about when it comes to the upcoming Academy Awards.

Is this finally Leonardo DiCaprio’s year with The Revenant or does Matt Damon (The Martian), who also has never won an acting Oscar, have a chance to upset? Will the Academy also see fit to give Revenant director Alejandro González Iñárritu that rare second-straight Best Director/Best Picture sweep or will Tom McCarthy ride Spotlight‘s early front-runner status to the big prize?

What about the lead actress award that went to Jennifer Lawrence (Joy) in Musical/Comedy, while Brie Larson (Room) picked up the award in the Drama category? For the supporting awards, Kate Winslet (Steve Jobs) got a surprise win with Sylvester Stallone (Creed) earning the night’s biggest ovation.

We might be closer to some answers when the Oscars nominations are announced Thursday (Jan. 14) morning. But history gives a good indication that we can consider some of those awards already locked. Looking back at the past 15 Golden Globes and Oscars winners in the major categories — Best Picture, Best Director, Best Actor and Actress, Best Supporting Actor and Actress — provide some interesting revelations for what the Golden Globes mean as an Oscars predictor. They’re particularly strong with the acting categories, but not so much for the others. 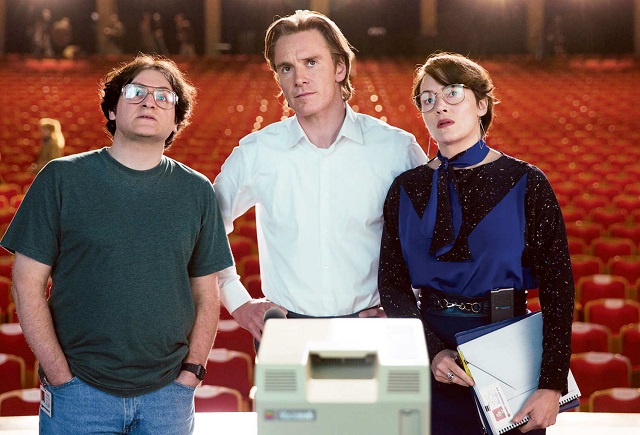 Unlike with the lead acting categories, the Hollywood Foreign Press Association (HFPA) doesn’t differentiate between Drama and Comedy/Musical for actors in a supporting role, so their winners can be a more straight-forward predictor.

Since 2000 (I’m using the year in which the films were released, not the year the awards shows aired) nine of the 15 — 60 percent — Golden Globe winners went on to win the Oscar. The one wrinkle is that in 2009, Kate Winslet won supporting and lead Globes for The Reader and Revolutionary Road, respectively. She would eventually be nominated and win the lead Oscar category for The Reader. However, since that year, the Globes have been accurate five out of six times, with the only difference being two years ago when Lupita Nyong’o (12 Years a Slave) won the Oscar after Lawrence (American Hustle) was the HFPA’s selection.

Recent history certainly suggests that Winslet is a lock to win her second Oscar. But the HFPA has been known to lean heavily towards stars when it comes to nominations and awards. Given that there isn’t a unanimous frontrunner, there is a scenario where Rooney Mara (Carol) is placed in the supporting category to leave room for Cate Blanchett (Carol) in the lead category and increase their chances of winning. (Both were nominated as lead actresses at the Globes.) Also, Alicia Vikander could get a lead nomination for The Danish Girl and supporting nod for Ex Machina. If she wins in the supporting category, that could open up the lead for Blanchett or Larson. Winslet’s win puts her among the favorites, but that could change based on how the Oscar nominations shake out. 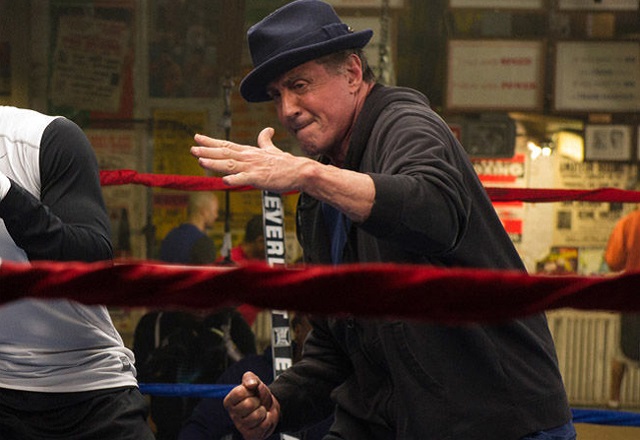 The HFPA has been much more accurate in predicting the Oscars for Best Supporting Actor, with the Academy’s winner matching the Globe’s choice in 13 of the past 15 years, including each of the last eight. The last time there was a difference was in 2006, when Alan Arkin (Little Miss Sunshine) won the Oscar after Eddie Murphy (Dreamgirls) earned the Golden Globe.

Does this mean Sylvester Stallone is a lock for Creed? Most likely. Again, the way the Academy deals out its nominations will play a role, but the male supporting candidates are more defined this year than their female counterparts. Michael Keaton (Spotlight) stands a chance to get a “make-up” Oscar after losing to Eddie Redmayne (The Theory of Everything) last year. The Academy loves a comeback story, particularly by a long-absent, returning nominee, and Stallone is playing the same character for which he was nominated in 1977. Plenty of members who voted that year will likely feel nostalgic. 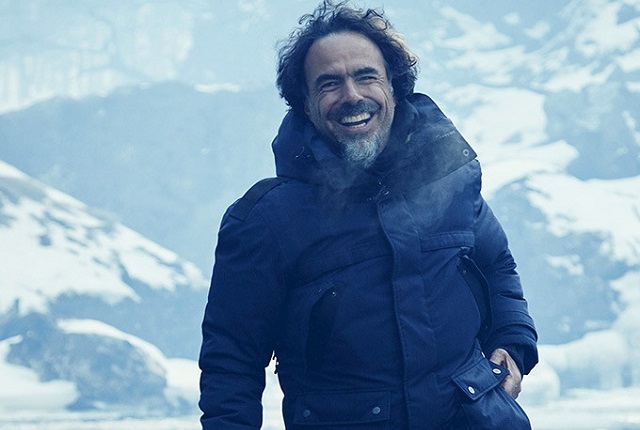 This is the least clear category of the bunch, even after Iñárritu won a Globe on Sunday. The Academy has only matched the HFPA six times in the last 16 ceremonies (37.5 percent), and only once in the past five years (Alfonso Cuarón for Gravity).

Despite these numbers, Academy voters love to award this category based on apparent degree of difficulty. While I haven’t seen The Revenant as I write this, word is it includes many long takes like those in Birdman. Combine that with shooting the film in less-than-comfortable conditions in the Canadian wild and Iñárritu’s chances look even better. Under the “degree of difficulty” rule, George Miller (Mad Max:Fury Road) has a shot and Ridley Scott (The Martian) stands a chance simply for making a crowd-pleasing film that made a lot of money, but this award all but belongs to Iñárritu. 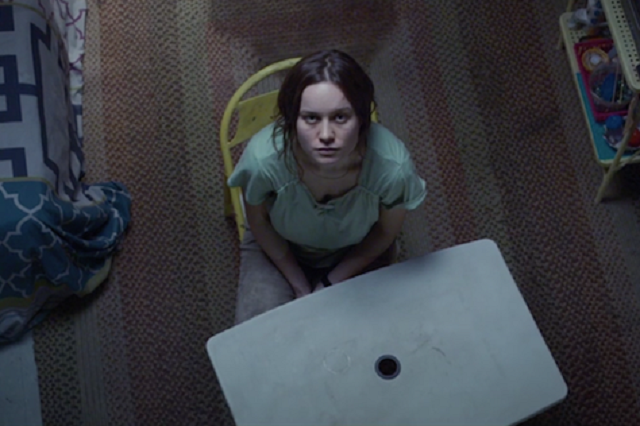 The Globes are the most accurate predictor in this category, with 14 of their lead actress winners winning the past 15 Oscars (including Winslet, as mentioned above). That number is inflated, due to the HFPA differentiating between Drama and Musical/Comedy. But 11 of the 14 matches were still in the Drama category. The only time the Globes and Oscars didn’t match up here was in 2001, when Halle Berry (Monster’s Ball) won the Oscar after Sissy Spacek (In the Bedroom) won for Drama, while Nicole Kidman (Moulin Rouge!) took the trophy for Musical/Comedy.

Larson is among the front-runners, but she’s also young and with exception to Lawrence’s previous win, the Academy tends to follow seniority. The expectation is that the younger nominees will have another chance. Both Mara and Blanchett have a good shot, since the Academy loves Blanchett and Mara was previously nominated for The Girl With The Dragon Tattoo. But the race is between Larson and Blanchett, unless Mara scores a lead actress nod. 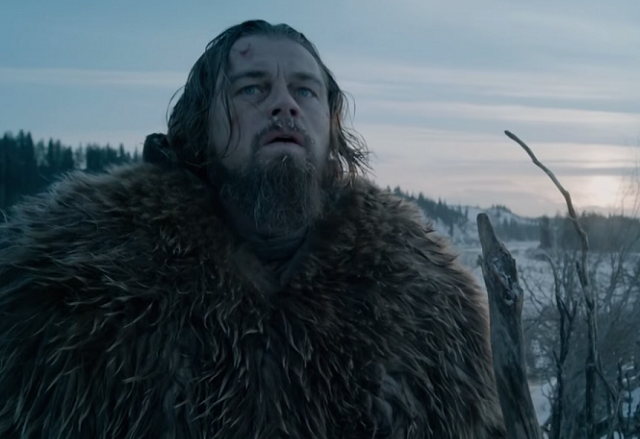 Over the past 15 years, the Academy has followed the HFPA choice for lead actor 11 times (73 percent). Again, that number is probably inflated because of the Globes’ split between Drama and Musical/Comedy. But Jamie Foxx (Ray) and Jean Dujardin (The Artist) won for films that only the HFPA considered comedies or musicals. But the past six Oscars winners have matched with their Globes counterparts.

Recent history says DiCaprio will win. He’s been nominated four times and never won, so the feeling is that it’s his time. It also helps that his role in The Revenant required him to lose weight and get beat up by the elements, two things the Academy loves. Matt Damon has a Powerball-level chance, but I wouldn’t bet a quarter on him to win this year. 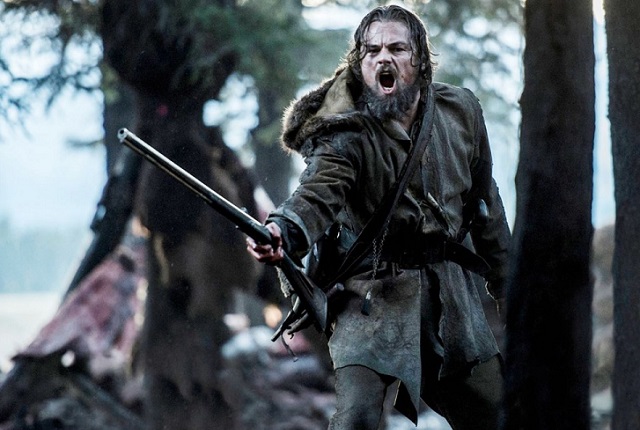 There was a time when the Globes didn’t predict the Oscars as closely as many believed. From 2000 through 2010, the HFPA and Academy only matched five times (45 percent). Best Picture winners have been the same in three of the past four years (75 percent).

Three major reasons for this discrepancy: 1) Campaigning between January and February appears to have a greater effect on voters than it did before. 2) The rise of DVD and digital screeeners allows Academy and HFPA members the opportunity to watch every nominated film, rather than ignoring certain films because they didn’t want to go theaters for screenings. 3) The Academy changed to a preferential voting system when the nominations expanded from five to “up to 10” in 2009.

That third point is most important. Instead of awarding by popular vote when there were five nominees, members use a ranking system in which the lowest film is eliminated. Those votes are then redistributed to the second-lowest film, and the process continues until one film earns more than 50 percent of the voting total. It’s possible that the winning film initially had the third-highest percentage among those exceeding the 50 percent threshold and overtook the movie that began at the top.

The HFPA gives its awards by ranking as well, but the film with the most first-place votes wins. So Spotlight could finish in the two, three or four spot, but if more members put The Revenant at the top, The Revenant wins. This probably happened.

What does that mean for this year? The Revenant is still the front-runner, but it’s a challenging film that leaves room for a more traditional Best Picture winner like Spotlight or The Martian. Scott’s film is the dark horse of the bunch, as the Globes winner for Musical/Comedy only wins the Oscar if it becomes a phenomenon, like Chicago or The Artist. The Martian will also be the highest-grossing nominee, unless Star Wars somehow gets a nod for all the money it’s made. But not too many people are talking about the movie now, while The Revenant has mounted an exhaustive hype campaign during awards season.