Comedians in Cars Getting Coffee featured its first returning guest, Bob Einstein. Was he funny enough to make up for a lot of “noise” (both literal and figurative) that made the episode feel unfocused?

It’s the end of season nine of Comedians in Cars, and it is impressive that the show’s 59th episode features the first repeat comedian. But maybe that’s a fitting end as the show is headed to Netflix later this year, and I’m guessing comedians will be making repeat appearances there.

The episode begins with something I had almost missed this season: the Acura product placement. Well, I don’t miss it anymore as this episode felt like an entire season’s worth of placement. In fact, Seinfeld actually gives his brand new 2017 Acura NSX to Bob Einstein… sort of.

I don’t get why Seinfeld would dangle the car as a gift for a “good episode.” Einstein had a funny episode way back in season one, and now that he knows how the show works, he was ready to go.

In the car, Einstein starts by firing off funny bits and stories, including a self-referential bit about not needing to edit much out of the episode. That said, it felt like a quick car ride.

Out of the car, the two find a coffee shop. Seinfeld asks the innocuous question of how Einstein got started, and he is off to the races, talking all about his father, Harry Einstein, and the fascinating story of his passing. Immediately following this anecdote, Seinfeld asks an audio guy about the sound quality, which is an issue I was having, as well. There was a lot of background noise, and Seinfeld wanted to make sure Einstein’s story was heard. Of course, a comedian is going to run with that. Einstein took the bait and made me laugh.

When the coffee comes in massive mugs, the two make jokes about what they could do with cups that big. I can only imagine how wired someone would be after downing that much joe. 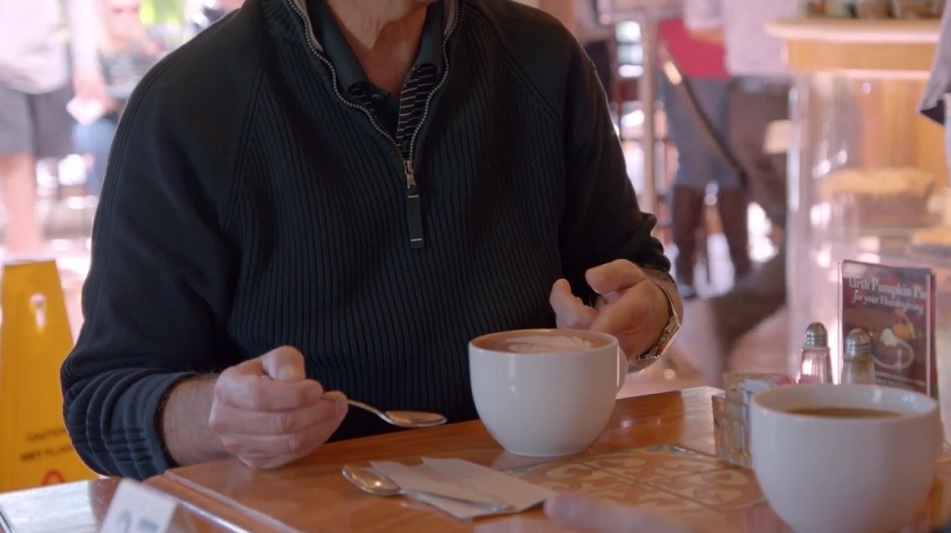 The noise becomes a recurring issue, with Einstein joking about the issue again. I am glad it ended there because beating the issue does no one any favors, though it will lead to a classic Seinfeld reaction.

Einstein proves that point more in the rest of the story, explaining how he hated show business because Milton Berle and George Jessel did their comedy routines at his father’s funeral. “I hated it. I hated it,” Einstein says.

Times changed after Einstein graduated from college. He worked in advertising and made all of one joke on a local television show before Tom Smothers (of Smothers Brothers fame) called him and asked him to come meet with him at CBS. A reluctant Einstein agreed and watched rehearsals one day. “And all of a sudden, out of nowhere, ‘I want this!’ A bee has stung me in the back and I want this.” So Einstein starts working with a guy named Steve Martin on The Smothers Brothers Comedy Hour and the rest is history. While that story took minutes to relay, it, like the car ride, did not feel long at all.

An abrupt change to Einstein’s next story forced me to replay it in order to get the joke, but I’m glad I did that. After picking his head up off the table because he was laughing so hard, Seinfeld admits he’d never heard that joke before.

The two share a short moment about Einstein’s character “Super Dave Osborne,” before deciding to leave the coffee shop. After walking around for a bit, they get back in the car, which they continue to rave about.

Eventually, they settle on Bay Cities Deli, which seems like an appropriate lunch venue for Comedians in Cars Getting Coffee, and much better than whatever fancy restaurant that wouldn’t let them film in there.

Einstein tells an off-color joke at a picnic table outside the deli, which feels like a more appropriate venue for his comedic style than a noisy coffee shop. “That’s really disturbing,” Seinfeld responds. 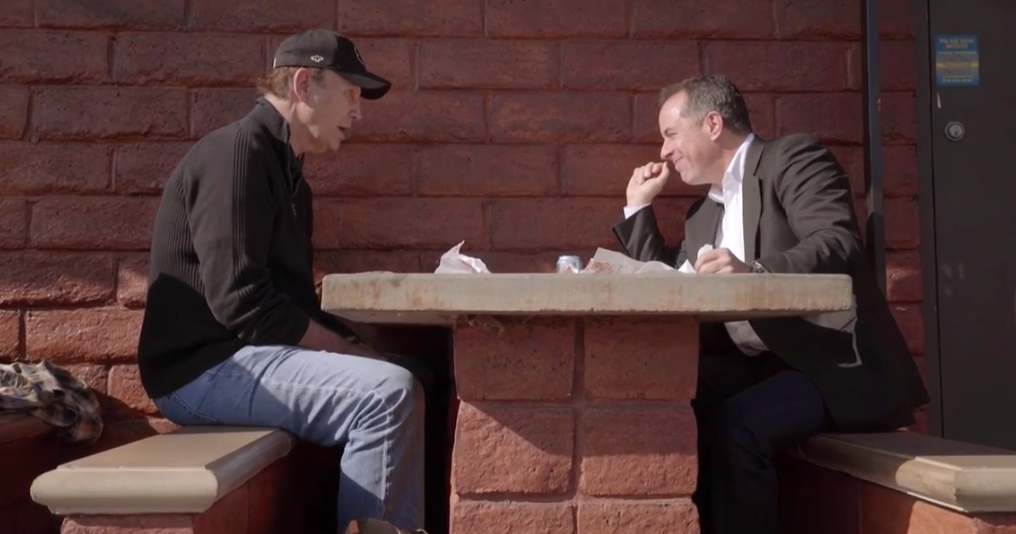 After lunch, they pile back in the NSX, where Seinfeld explains how stand-up comedy was his dream from a young age. An awkward montage followed before Seinfeld pulls into the gated driveway of Einstein’s estate. “About the car, here’s the deal…” is how Seinfeld begins the conversation, which means there is no free car. Before the ending ad break, Einstein is seen throwing the ribbon that had been on the car on the ground in disgust.

What’s weird about the ad break is that the episode ends with almost five minutes left on the timer. Seinfeld adds in a piece about Harry Einstein’s final night. It was interesting, but I’m not sure it fit the episode, which was about Bob. I think his retelling of the story was enough for the episode, and people could have found more information online, if they wanted to.

In terms of pure, comedy-driven content, season nine of Comedians in Cars Getting Coffee ended strong. This despite a returning guest. Unfortunately, the episode needs to be docked because of noise issues and the poor ending choice. Also, promising Einstein the car and then not giving him one kinda ticked me off.