One of the more intriguing aspects of long promotional campaigns for blockbuster movies is the differences in trailers, as the studio attempts to appeal to different audiences or show that the film in question is more than an action flick or a dark drama.

Fox released the second trailer for Logan on Tuesday morning, which is much different in tone and content than the bleak, solemn preview that was released in October. But what may be most surprising about this new trailer is that the title character, Hugh Jackman’s Logan, isn’t really the main character of this two-minute sneak peek. Check it out, and you’ll see what we mean.

Rather than the melancholy cover of “Hurt” by Johnny Cash, this new trailer is set to “Way Down We Go” by Kaleo, which still has some downcast elements to it, but is more upbeat and rocking. That seems like the right choice, as the first trailer was so somber. But it’s still definitely powerful, which conveys that Logan is an action movie (and a R-rated one) which follows some difficult characters down a dark path.

The young mutant played by Dafne Keen is definitely the featured player here. Though she’s not referred to by name in the trailer, the little girl is named Laura Kinney and X-Men comic book fans know her as X-23. (Laura is apparently a X-Men comic book fan herself, based on one of the preview’s amusing moments. Let’s have a movie where the X-Men are reading these comic books and those stories come to life.)

In the comics, X-23 is a clone of Wolverine, who has the same healing abilities and her own set of claws. That story element seems likely to apply in this movie, based on the post-credits scene for X-Men: Apocalypse, in which Logan’s blood was retrieved from Alkali Lake and the Weapon X program by the Essex Corp. And that would certainly explain why the group of operatives led by Pierce (Boyd Holbrook, Narcos) is so intent on getting her back. 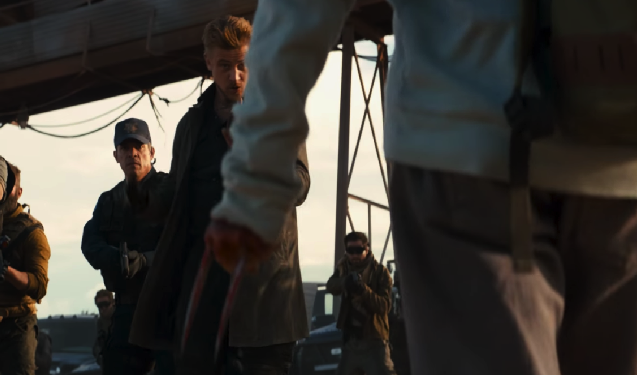 Based on what we see in this new trailer, Laura could be the breakout character of Logan. Whether or not she upstages Jackman in his final performance as Wolverine remains to be seen. But it certainly looks like she’ll be more than a kid sidekick and figures to be involved in both the main narrative and much of its action.

Though we obviously don’t know how the story will play out, it seems possible that Logan will take something of a mentor role with Laura, perhaps much like Charles Xavier took with the many young mutants at his School for Gifted Youngsters, several of whom became the X-Men. (Xavier’s future doesn’t look promising based on what we’ve seen of his condition.) That could leave this film with a far more hopeful tone than what the first Logan trailer implied.

X-23’s emergence might also lead to speculation of future stories to tell after this one (which could get tiresome), but all indications are that this is the last Wolverine story and Jackman is done playing the role which brought him international fame.

Fox seems far more likely to recast Wolverine (good luck to that actor) as it decides where to go next with the X-Men movie franchise. (There are rumors that a new X-Men film will be titled X-Men: Supernova, in addition to the New Mutants film being developed by director Josh Boone.)

Directed by James Mangold (The Wolverine), Logan opens in theaters on March 3.