On Thursday, The CW network continued its comic book obsession by debuting Riverdale based on the Archie comics.

As it turns out, Riverdale is a good show. However, it just doesn’t do Archie justice. I consider myself to be a big Archie Comics fan, even of the new ones. I have even listened to Archie’s classic radio show. Riverdale just didn’t capture that magic for me.

If CW had made this show about some random town going through small-town things, then it would probably really stand out. When you call a show Riverdale and base it on the iconic comic book characters, then you’d better back it up. That just doesn’t happen.

I am not sure how our society has gotten to a place where everything must be dark. The Archie comics are about your average, everyday teenage male doing dumb things to attract the attention of two attractive females, and putting himself in some very hilarious situations along the way with the help of his best friend, Jughead. 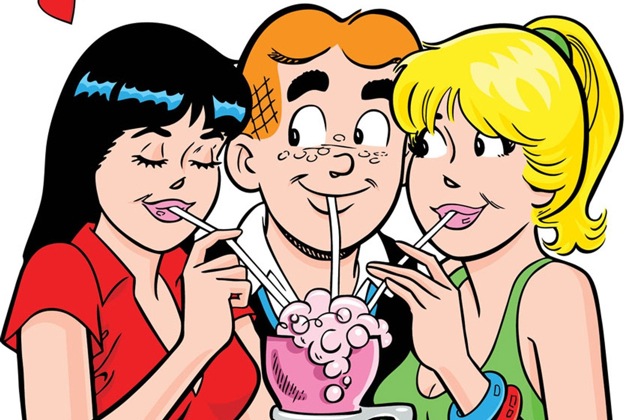 That’s where Riverdale fails for me. CW chose to make Riverdale dark, and outside of the characters’ names, it shares nothing with the comics. The Archie that I have come to know would never have slept with his teacher. He might have played seven minutes in heaven with Veronica, however.

The show didn’t need to be dark or gloomy. At a time when everything is dark and gloomy, maybe we needed a show like the true Archie most of us are familiar with to sit down and laugh for an hour and just escape.

Riverdale overall is a very compelling show. All the characters are well written with their own hidden secrets: Veronica is the mysterious new girl with a family fallen from grace. Betty, the girl next door who doesn’t stand up for herself. And Archie, who may have the most secrets of all.

Cheryl Blossom is not only the mean girl, but the damsel in distress. The casting was spot on. Lili Reinhart as Betty Cooper and Camila Mendes as Veronica are perfect fits for their roles. There is even an appearance of Josie and the Pussycats, who were great additions to the show.

The CW is, without a doubt, going after the 18-to-35 audience, on which the network thrives. Riverdale starts off with the Blossom twins, who appear to be in love, going on a boat ride together. The next thing you know, Jason Blossom is dead, and the town now has a mystery five minutes into the show. All the characters are trying to figure out where they belong and who they are. The show is fast-paced, and I wasn’t bored at any point during the first episode.

Riverdale has been highly praised for its new direction of Archie. Critics have given the show mainly glowing reviews, and it’s a good show that will keep me coming back. But it will never be my version of Riverdale. I miss the laughter that the comics generate when watching a character do something that the teenager in us would probably have done as well.

I think that’s the connection to Archie that so many people fell in love with over the years. Unfortunately, Riverdale isn’t the same place that we’ve been visiting for decades in the comic books.