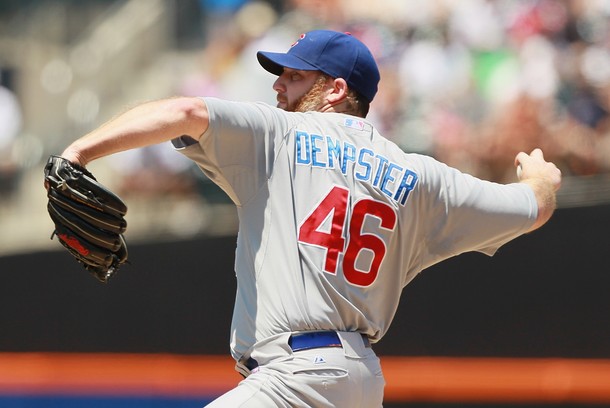 About a half hour ago, rumors began to circulate that the Braves were nearing a deal for a starting pitcher. Then, it was rumored that Ryan Dempster was the guy that the Braves were in on. Now, Braves beat writer Mark Bowman has confirmed that Dempster is going to the Braves, The return is unknown, but Bowman expects young Braves starter Randall Delgado to be involved.

Delgado ranked as the team's third best prospect coming into the year, and the 22-year old made 17 starts in the majors this year, pitching to a 4.42 ERA while striking out 73 and walking 42 in 91 2/3 innings. Delgado was rushed to the majors last year, and only made five AAA starts in his career.

Dempster will be a substantial upgrade for a Braves rotation that has uncharacteristically struggled this year. He has a 2.11 ERA (and a still-solid 3.28 FIP) in 98 innings this year, which would rank him tops among all Braves starters. Hell, even with just 98 innings, he'll be second on his new team in innings pitched. He's not Zack Greinke or Cole Hamels, but Dempster was probably the best middle of the rotation arm on the market.

We'll have more on this story as it develops.