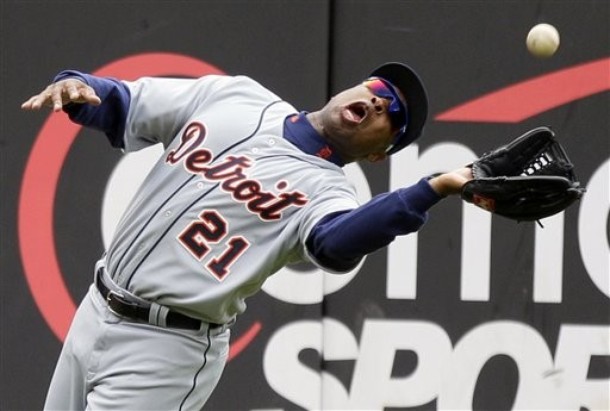 Tigers outfielder Delmon Young was arrested this morning and is being charged with assault after shoving a man in front of the Tigers hotel in New York, where the team will play the Yankees this weekend. Young was apparently highly intoxicated during the incident, and was actually taken to a hospital to sober up before being taken to jail to be booked.

To complicate the matter even further, Young is being charged with a hate crime, due to anti-Semitic remarks made during the assault. Luckily (if you can say that), the hate crime charge against Young is a midemeanor, with the charge being labeled as an “aggravated harassment hate crime”.

It goes without saying that this is bad news for the Tigers, both on and off the field. Ignoring Young’s on-field play for a moment, this incident comes six years to the day after he threw his bat at an umpire in an AAA game.

A suspension for Young seems to be a mere formality at this point, and I wouldn’t be surprised to see them try to relieve themselves from Young’s contract. This is not the news the struggling Tigers needed to hear before starting a huge series in New York.