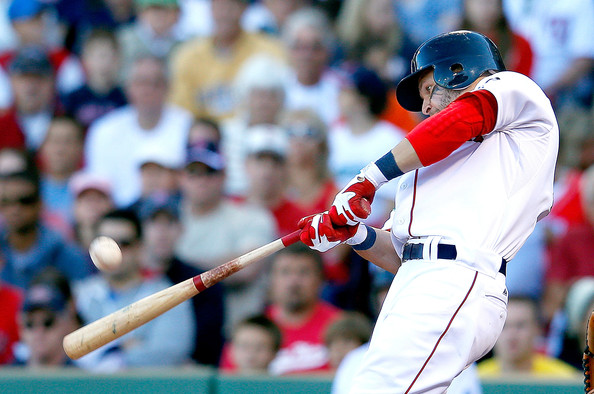 The Arizona Diamondbacks signed outfielder Cody Ross to a three-year, $26 million deal on Saturday. The contract also contains a club option for a fourth season. Arizona GM Kevin Towers is now looking to trade an outfielder, likely incumbent left fielder Jason Kubel, but the signing of Ross underscores one thing to me: I have no idea what Towers is trying to do with the Diamondbacks.

Kubel is under contract for $7.5 million in 2013, and has a mutual option for $7.5 million for 2014. Ross will be making a little bit more per year over the next three seasons with Arizona, though the exact salaries on each year of his deal are currently unknown. Ross is also a year and a half older than Kubel, and both players had pretty similar offensive numbers in 2012, though the advantages across the board went to Kubel, despite Ross playing in the more hitter-friendly Fenway Park. It's not as if Chase Field is some sort of pitchers utopia, but Ross was barely a better hitter at Fenway than Kubel was at Chase, and Kubel's road numbers were superior to that of Ross despite the NL West having three of the best six pitchers parks in the league.

The prevailing logic in this signing is that the Diamondbacks can now trade Kubel and try to get some prospects in return. But the Diamondbacks really have no leverage in the situation with Kubel. Every team *knows* that they need to trade Kubel, and they'll have no reason to offer Towers a premium package of players. I'd imagine more teams would be interested in Gerardo Parra or Justin Upton, but Towers has already shown a reluctance to trade either. With prospects Adam Eaton and AJ Pollock both waiting in the wings and likely very close to the majors, Arizona now has six outfielders for three spots, with three of them making millions of dollars per year. If no one bites on trading for Kubel, the Ross signing looks absolutely ridiculous because of those three outfielders making seven figures, only Ross has played center field with any regularity over his career, and that hasn't happened since the first half of 2010 when he was a Marlin.

I absolutely hated trading Trevor Bauer to acquire Didi Gregorius, but I could at least understand the logic behind it. Signing Ross is just a bizarre move, because it relies on trading an asset that isn't too valuable: an aging, iron gloved three true outcomes corner outfielder (Kubel). When the Angels signed Josh Hamilton, they at least brought on an elite player and had the advantage of a DH position to play with to clear their logjam. The Diamondbacks' logjam in the outfield is now even more difficult to clear, because the team can't just throw Kubel at the DH spot in 2013, and the jump in production from Kubel to Ross is minimal.

Towers has already traded the Diamondbacks Opening Day center fielder (Chris Young) for a reliever (Heath Bell) and a defensive-minded shortstop (Cliff Pennington). He's traded the team's second-best prospect coming into the 2012 season for the third-best shortstop (even though Billy Hamilton is a center fielder now) in the Reds organization. And now, he's looking to trade the team's Opening Day left fielder from 2012, who was just signed last winter, to make room for an older, more expensive player signed to a longer term deal. I just don't get what he's doing this winter.